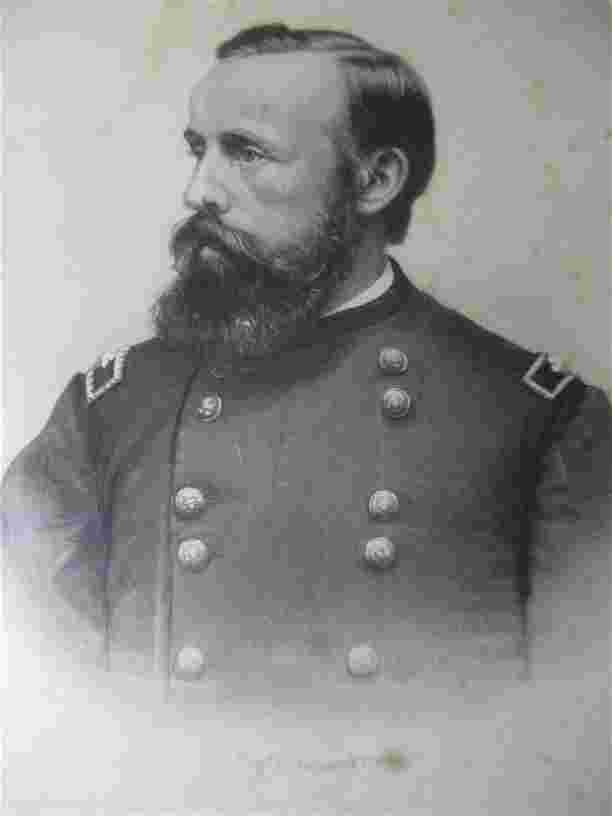 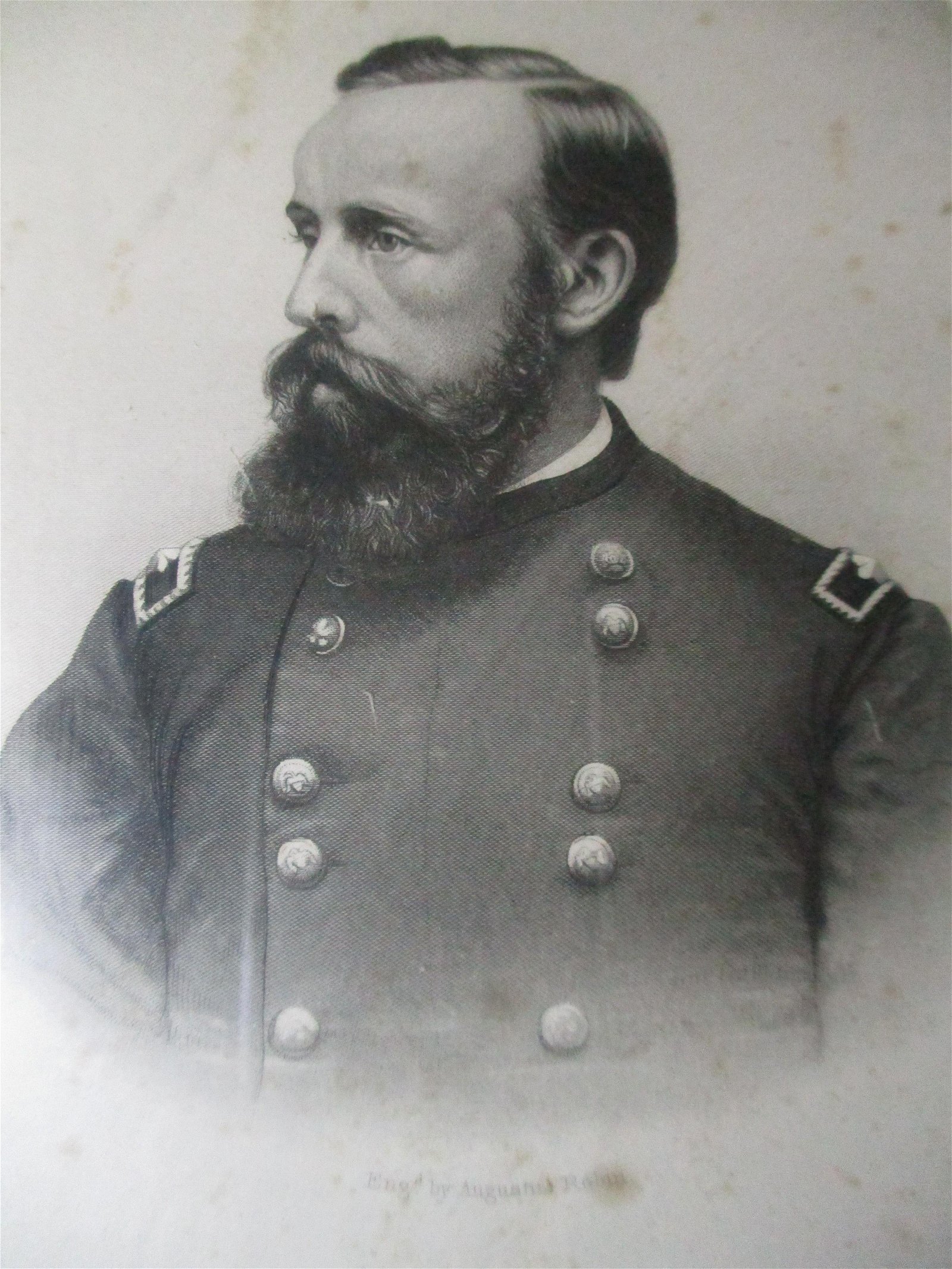 Signed in plate under portrait. A rare engraving

In 1861 Harland became a captain in the 3rd Connecticut Volunteer Infantry and fought at the First Battle of Bull Run. On October 5, 1861, he was appointed colonel of the 8th Connecticut Infantry and served in Ambrose E. Burnside's North Carolina Expedition. In July 1862 he returned to Virginia with Burnside where his regiment became part of the newly formed IX Corps. Harland was placed in command of the 2nd Brigade, 3rd Division, IX Corps and led it at the battles of South Mountain and Antietam.
At the Battle of Antietam, Harland's brigade participated in the actions around Burnside Bridge and Antietam Creek. His division commander, Brig. Gen. Isaac P. Rodman, was sent on a flanking maneuver across Snavely's Ford. Around 1 p.m. Rodman's troops were eventually able to cross the ford and flank the Confederates under Robert Toombs. As the division moved toward Sharpsburg, General Rodman was mortally wounded and removed from the field. Harland, being the senior ranking colonel, assumed command of the 3rd Division.
Harland remained in command of the division until he was replaced by Brig. Gen. George W. Getty. Harland returned to command the 2nd Brigade and led it at the Battle of Fredericksburg. Sometime after Fredericksburg, Harland was promoted to brigadier general of volunteers, effective November 29, 1862. In March 1863 Getty's division was sent to the VII Corps in the Tidewater region of Virginia. Harland's brigade now became the 2nd Brigade, 2nd Division, VII Corps during the siege of Suffolk. After the Confederates lifted the siege, Harland was transferred to the XVIII Corps in North Carolina for the second half of 1863. He commanded the Sub-district of Pamlico for a short time before he was assigned to command the Defenses of New Bern in July 1864. He remained in command at New Bern until January 1865 when Union forces under Maj. Gen. John M. Schofield were moving inland from Wilmington, North Carolina, to link up with the armies of Maj. Gen. William T. Sherman. Harland?s forces became the 1st Brigade, 1st Division in Maj. Gen. Jacob D. Cox's Provisional Corps and fought at the Battle of Wyse Fork.
Condition Report: Not examined out of frame. Minor foxing. Very Good

Any description and/or condition statement is given as a courtesy to a client, is only an opinion and should not be treated as a statement of fact. Orange County Estate Liquidators shall have no responsibility for any error or omission. The absence of a condition statement does not imply that the lot is in perfect condition or completely free from wear and tear, imperfections or the effects of aging.Unless otherwise stated, all artwork sold by Orange County Estate Liquidators is assumed to be "after", "school of", "manner of" or "circle of" and will carry no warranties or guarantees as to authorship or authenticity whether stated or implied by other parts of this agreement or description. Ignorance of terms by buyer (s) is no excuse to bring action against the auction house or consignor.