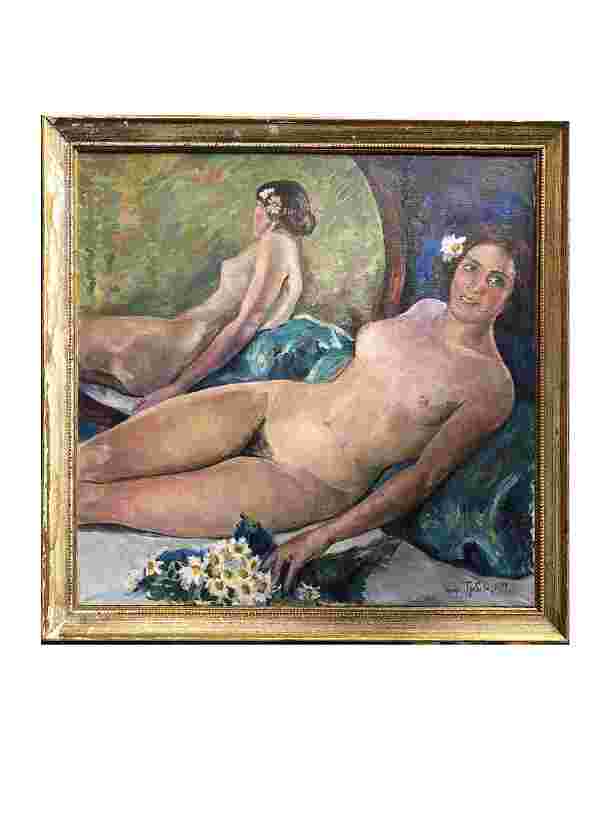 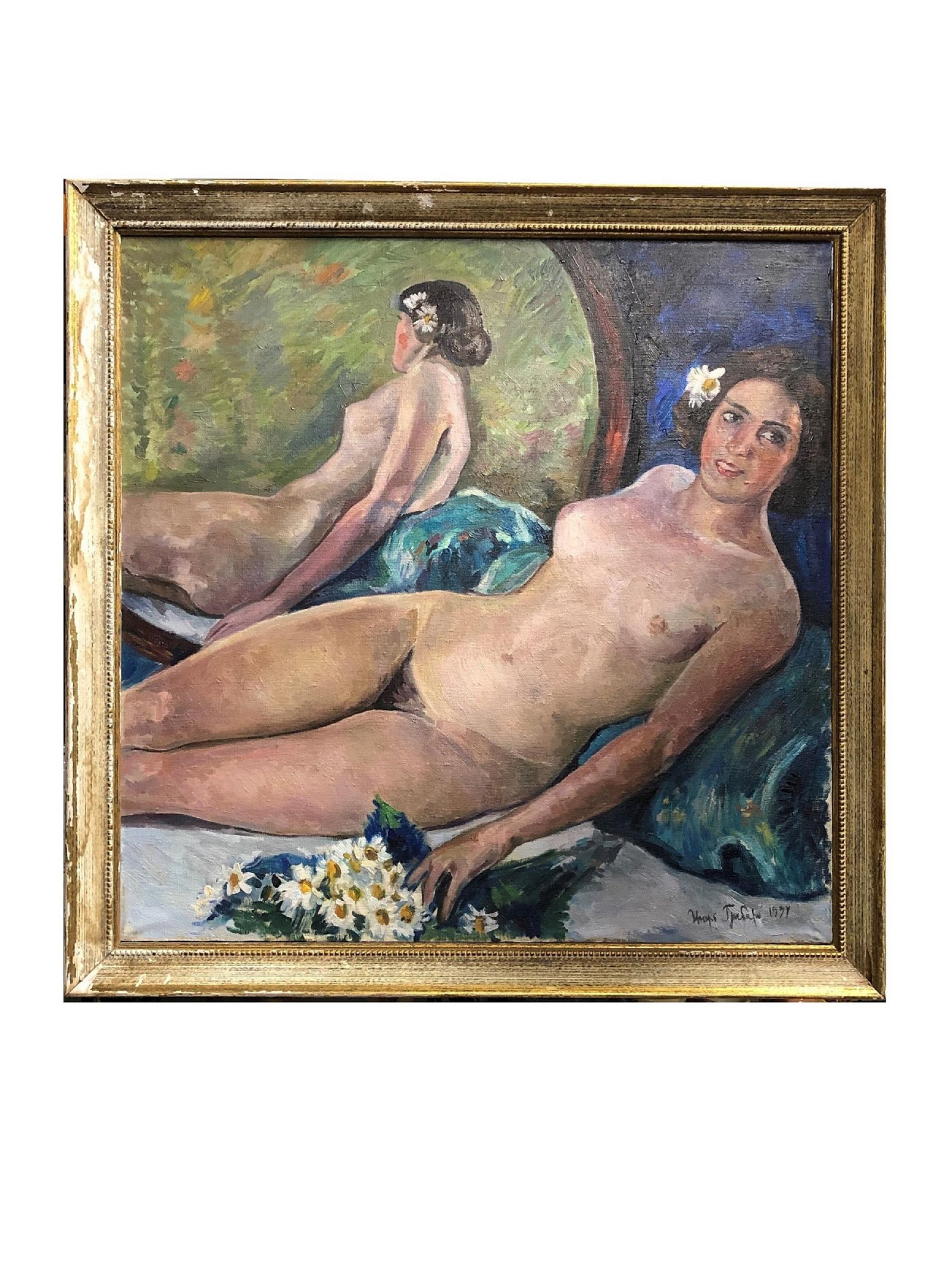 After Igor Emmanuilovich Grabar (1871 - 1960). Oil on Canvas. Measure 26"in H x 26"in W. The piece belongs to a private collection of a New York family, the piece has been in this collection for over 50 years . Igor Emmanuilovich Grabar was born in Budapest (then the Austro-Hungarian Empire, now Hungary) in 1871. His parents, and grand-parents, were active participants of the Slav liberation movement and were persecuted by the government. The little boy saw his parents very rarely. In 1876 his father had to flee to Russia; his wife and the boy follow in 1880.
In 1882, after graduating from a gymnasium in the provincial town of Egorievsk, Grabar studied in the Moscow Lyceum, where, along with academic studies he learnt painting, studied art, visited galleries and exhibitions and made acquaintances with artists, art patrons and critics. His classmates and teachers in the Lyceum served as models for his first paintings; he was also fond of landscapes.
In 1889, he entered the St. Petersburg University, where he majored simultaneously in two subjects â€“ jurisprudence and philology. He had to work to earn his living and he did so by writing humorous short stories for magazines and drawing illustrations. In 1894, after graduating from the university, Grabar entered the St. Petersburg Art Academy.
During the summer of 1895 he went abroad, visiting Berlin, Paris, Venice, Florence, Rome and Naples. In Italy he was impressed with the masters of the High Renaissance, and in Paris by the works of Impressionists and Post-Impressionists. After his trip to Paris and his acquaintance with contemporary European art, the dry, empiric education of St. Peterburg no longer satisfied him.
Grabar went abroad. He spent the years 1896-1901 in Munich, in the art school of Anton AzbÃ¨. Though this period in his work is usually called the Munich period, he visited Paris regularly during this time, and the works of contemporary Parisian artists influenced his art as well, e.g. Lady by Piano (1899). Lady with a Dog. (1899).
On his return to Russia in 1901, Grabar concentrated primarily on landscapes, painting them in his own Impressionist techniques. For much of the time, he painted en plein air. Some of his most famous works belong to this period, including September Snow (1903), Winter. Rook Nests (1904), February Day (1904), March Snow (1904), Chrisanthemums (1905) and others.
Between the years 1910 and 1923, he painted very little. The artist was very multi-facited, fond of architecture, art history, museum work, preservation of historic places. He planned and realized the publishing of the first History of Russian Art (1909-1916), large parts of which he wrote himself. He also published monographs about Valentin Serov and Isaac Levitan.
For 12 years (1913-25), Grabar headed the Tretyakov Gallery, the biggest collection of Russian art in the world. In 1918, the Central Restoration Shops were organized on his initiative. Grabar would participate in its work until the end of his life. Many works of art were saved and restored there.
In 1924, he returned to painting. This time, he was more interested in portraits. The most known paintings of the period 1924-1950 are Portrait of Mother (1924), Svetlana (1933), Portrait of Daughter (1934), Portrait of Son (1935), Self-Portraits (1934) and (1947).
In 1944 he became the Director of the Scientific Research Institute of Art History, which he headed until his death in 1960.