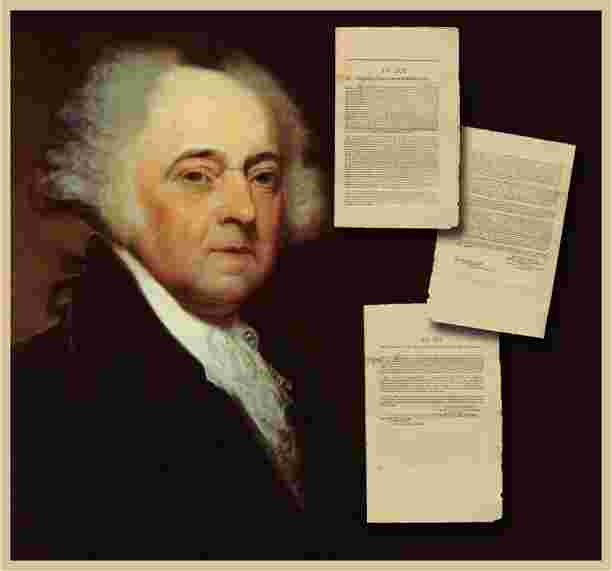 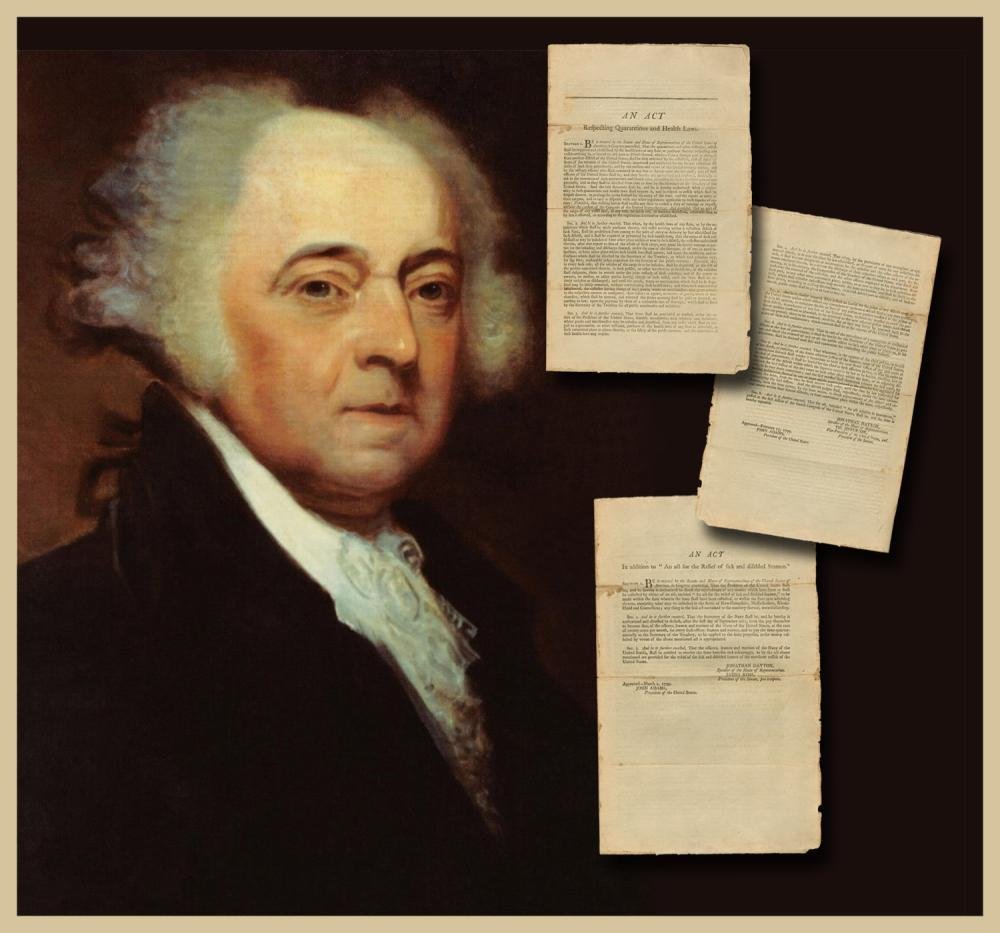 The first act, concerning quarantines, orders federal port officials to respect state health laws concerning the quarantine of ships arriving from foreign or domestic ports and makes provision for the storage of goods and wares aboard such ships. The act also provides for the relocation of federal offices and officials to a new location in the event of "a contagious or epidemical disease at the seat of government." The act also provides for the removal of federal offices and officials from ports where similar circumstances prevailed. The second act, approved by Adams about a week afterwards, expands the scope of a law to provide relief for sick and injured seamen by levying a 20 cent per month deduction of pay for all naval officers, seamen, and marines.

Extremely Rare. An unusual issue combining Evans 36475 and 36472 on a single bifolium. Combination not sourced in Evans or Bristol. This may have been the manner in which the acts were originally issued, but were only found by Evans on separate sheets. In addition to serving as our second president, John Adams also signed the Declaration of Independence.