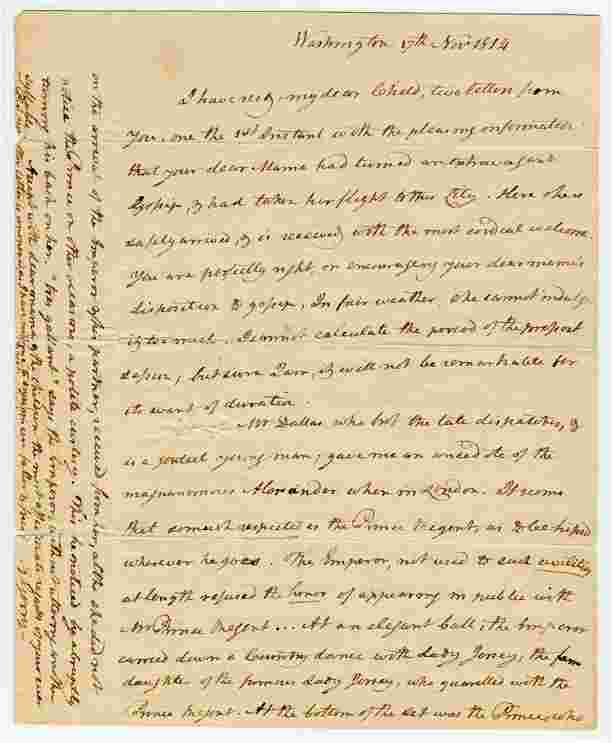 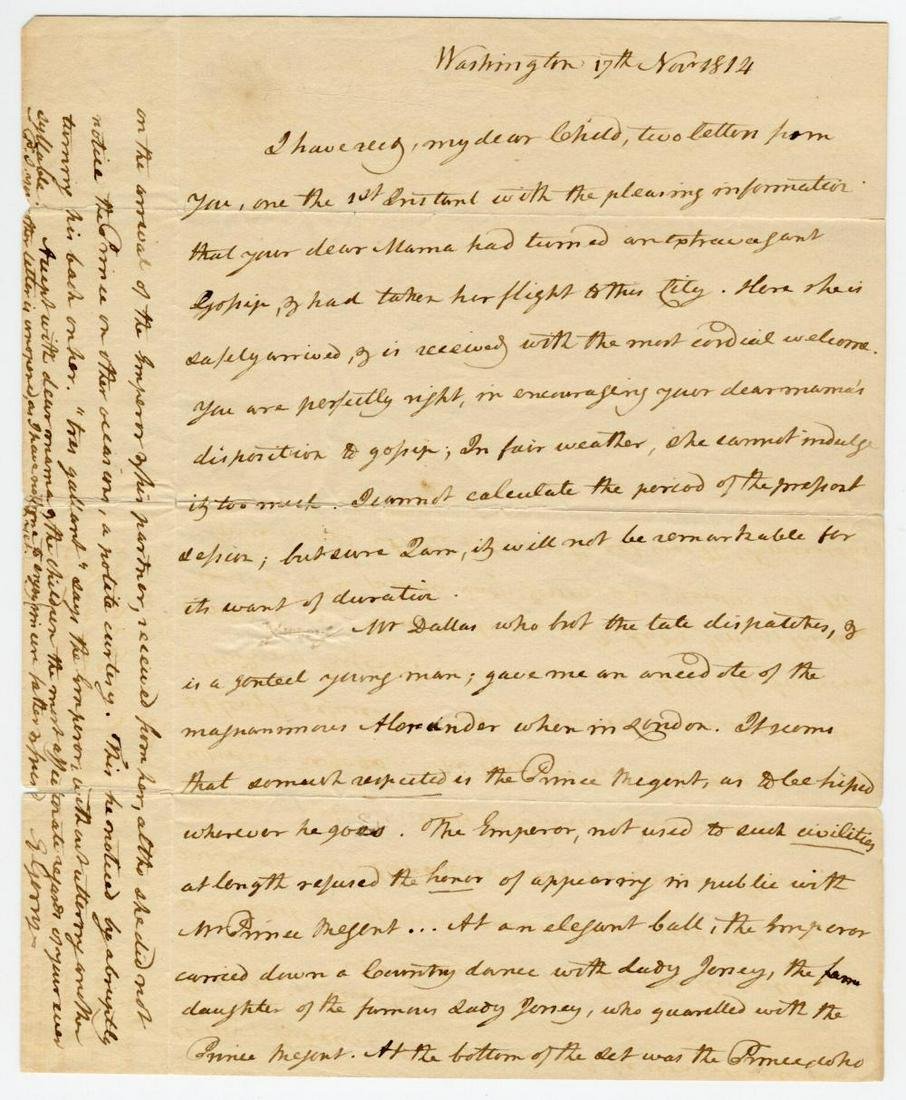 An autograph letter signed "E Gerry" poking fun at European royalty six days before his death. Paper has splits at folds, writing is dark.In 1776, Gerry was one of the signers of the Declaration of Independence.

Gerry's account of an anecdote concerning Emperor Alexander and the Prince Regent of London is highly amusing and offers a cynical view of European royalty: "I have rec[eive]d... two letters from you... with the pleasing information that your dear Mama had turned an extravagant Gossip... you are perfectly right, in encouraging your dear mama's disposition to gossip... " Gerry then went on to demonstrate his own form of gossip: "Mr. [George] Dallas [an American diplomat during the War of 1812]... gave me an anecdote of the magnanimous Alexander when in London. It seems that so much respected is the Prince Regent, as to be kissed wherever he goes. The Emperor, not used to such civilities at length refused the honor of appearing in public with Mr. Prince Regent... at an elegant ball, the Emperor carried down a Country dance with Lady Jersey, the daughter of the famous Lady Jersey, who quarreled with the Prince Regent. At the bottom of the set was the Prince who on the arrival of the Emperor and his partner, received from her, altho [sic] she did not notice the Prince on other occasions, a polite courtesy. This he noticed by abruptly turning his back on her. 'Tres gallant' says the Emperor without uttering another syllable."

Emperor Alexander came into power on March 24, 1801 after the reigning tsar, his father, was assassinated. Young Alexander was fully aware of the machinations surrounding his father and did nothing to prevent them. His reign, which began with such hope for the Russian people, actually ended with the Russian people more oppressed than before. After Napoleon's downfall in 1815, Alexander became the most powerful sovereign in Europe. However, he was suspicious, paranoid, and filled the government with secret police and spies. The educational system was terrible, the economy on the verge of ruin, and serfdom still in existence. The Prince Regent of London in 1814 was George IV. He became Regent in 1811 when his father, King George III, went insane.