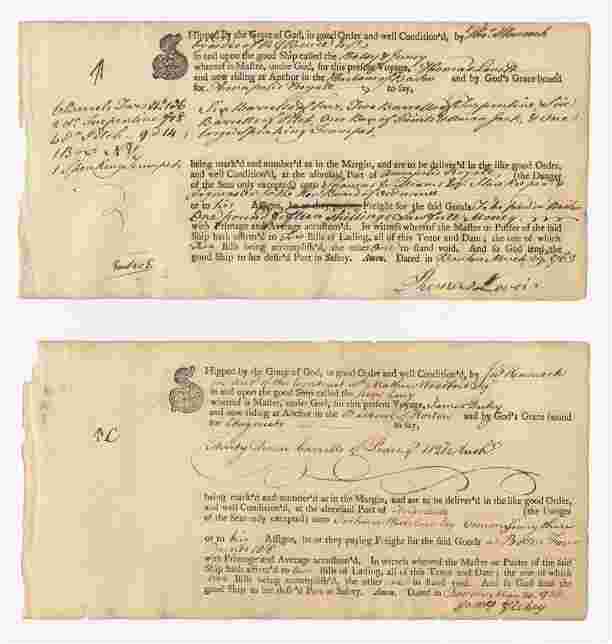 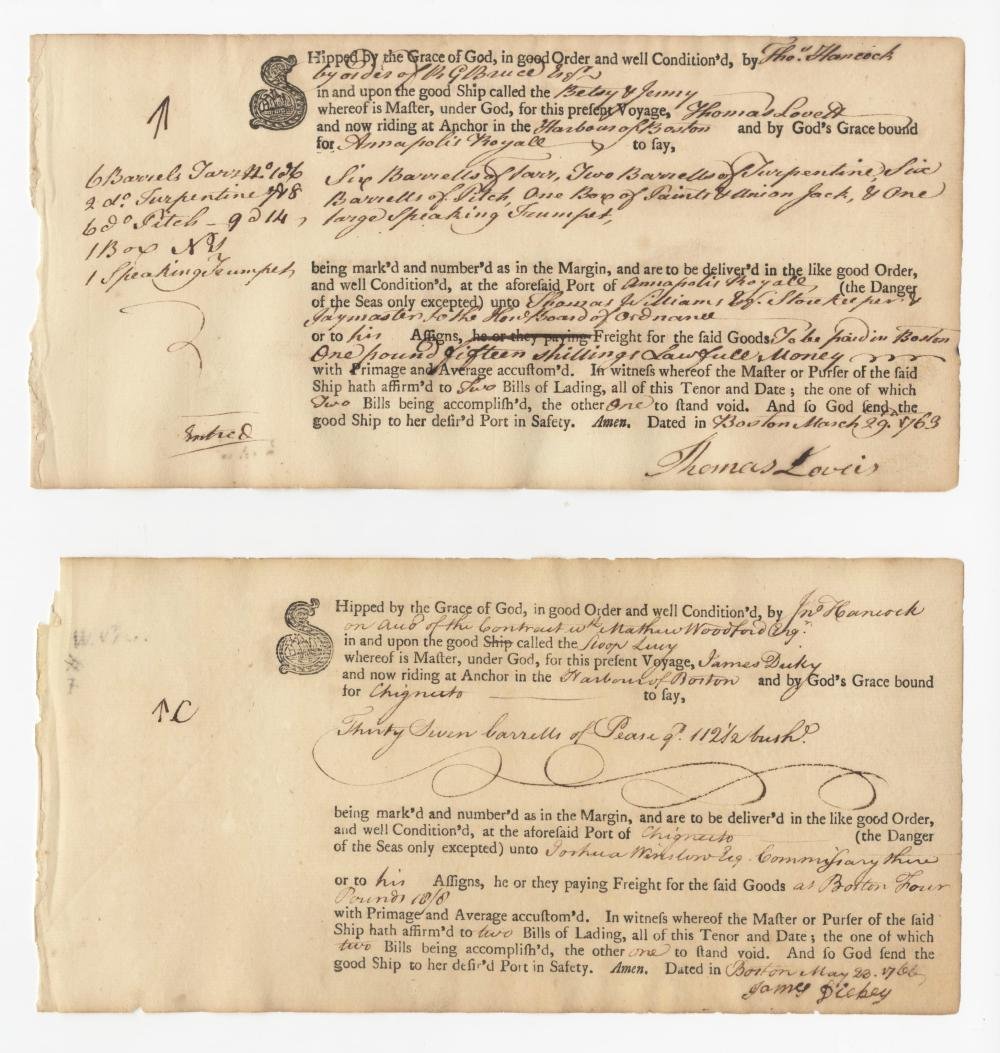 Hancock's uncle held a very prominent role in his life. After John Hancock's clergyman father died when Hancock was just a boy, he was raised by his aunt and uncle. Upon Hancock's graduation from Harvard College in 1754, he went to work for his uncle. When Thomas Hancock, who was childless, died in 1764, his nephew (John), inherited his lucrative import-export business and became one of the richest men in New England.

This single page partially printed document signed was penned entirely in the hand of John Hancock, who then signed the document for his uncle as "Tho. Hancock". Dated "Boston March 29, 1763", 9" x 4.5". The document is for payment for customs on the contents carried by the ship called the "Betsy & Jenny, whose master for the Voyage was "Thomas Lovett", and which carried "Six Barrells of Tarr, Two Barrells of Turpentine, Six Barrells of Pitch, One Box of Paints & Union Jack, and One Large Speaking Trumpet" … Freight for said Goods "To be paid in Boston One pound fifteen shilling Lawfull Money …". Near fine with bold, contrasting ink. Accompanied by a second customs document dated "May 28, 1766", penned in another hand, for the ship called the Sloop Lucy, which carried "Thirty Seven Barrells of Pease…"

In 1765, John Hancock entered local politics when he was elected a Boston selectman. The following year, he won election to the Massachusetts colonial legislature. Around this same time, the British Parliament began imposing a series of regulatory measures, including tax laws, to gain further control over its 13 American colonies. The colonists opposed these measures, particularly the tax laws, arguing that only their own representative assemblies impose tax them. Over the next decade, anti-British sentiment among the colonists intensified and eventually led to the outbreak of the American Revolutionary War (1775-1783).

Hancock came into direct conflict with the British in 1768, when one of his merchant ships, the Liberty, was seized in Boston Harbor by British customs officials who claimed Hancock had illegally unloaded cargo without paying the required taxes. In 1776, Hancock was one of the signers of the Declaration of Independence.