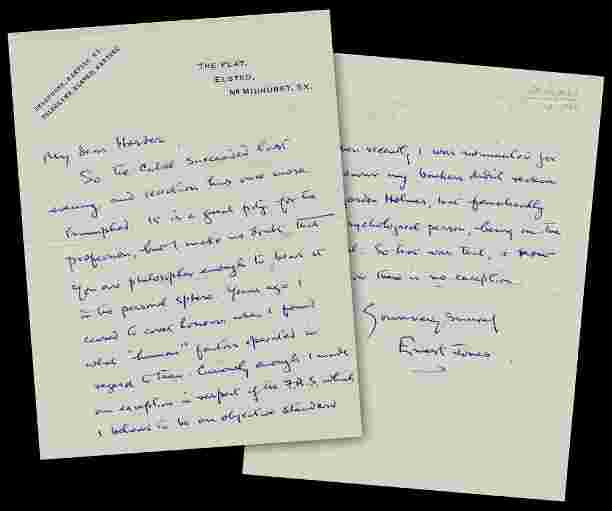 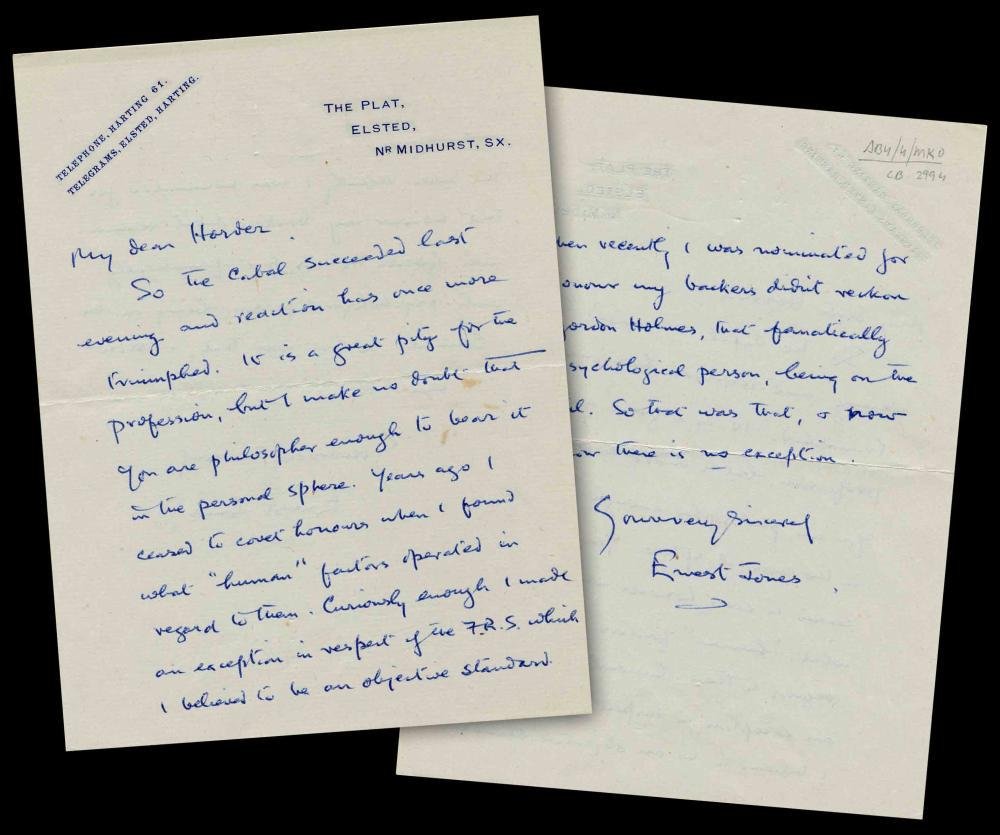 In this undated letter, Jones wrote friend Thomas Horder, 1st Baron Horder (1871-1955) about recent developments in the medical field. Jones also criticizes the process by which honorary designations are granted in light of his own rejected nomination to the Royal Society.

So the cabal succeeded last evening and reaction has once more triumphed. It is a great pity for the profession, but I make no doubt that you are philosopher enough to bear it in the personal sphere. Years ago I ceased to covet honours when I found what 'human' factors operated in regard to them. Curiously enough I made an exception in respect of the F.R.S. [Fellow of the Royal Society] which I believed to be an objective standard. But when recently I was nominated for that honour my backers didn't reckon with Gordon Holmes, that fanatically anti-psychological person, being on the Council. So that was that, + now I know there is no exception.

Jones's letter recipient 1st Baron Horder was a physician whose patients included every British monarch between Edward VII and Elizabeth II (with the exception of Edward VIII) as well as several prime ministers. The object of Jones's contempt at the Royal Society was Gordon Morgan Holmes (1876-1955), a leading British neurologist who researched war trauma among other topics.