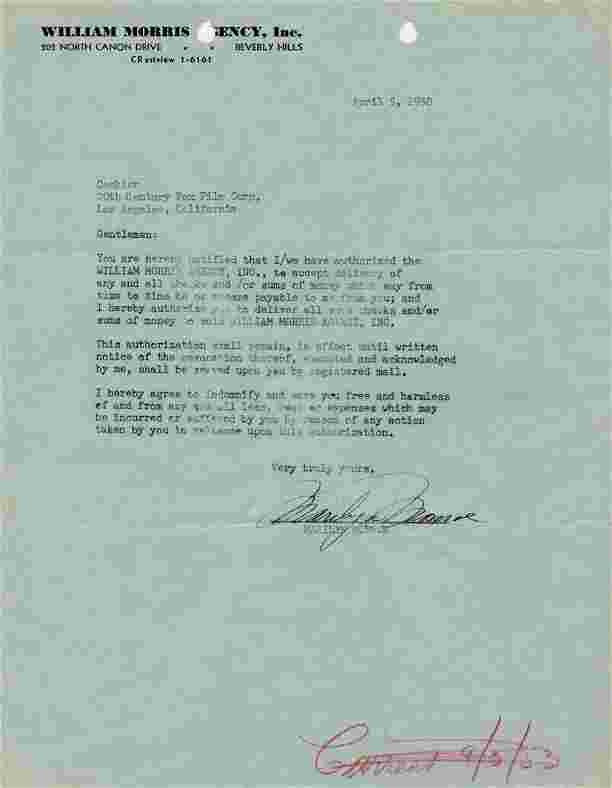 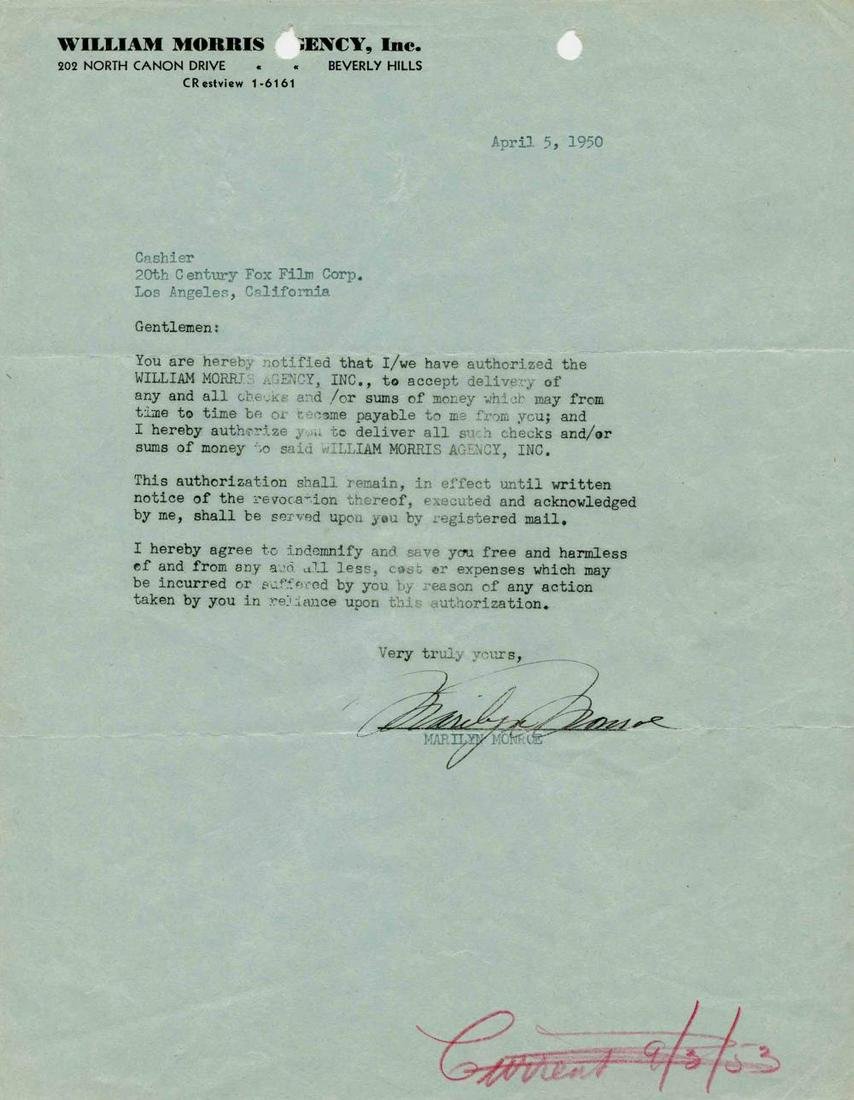 Marilyn Monroe LS Re: Talent Agency William Morris, the Same Year She Appeared in "All About Eve" and "The Asphalt Jungle"

The letter addressed to the Cashier at 20th Century Fox Film Corporation reads in part:

1950 was a banner year for the aspiring Hollywood actress. Though Monroe had garnered a contract at Columbia Pictures in 1948, it was not renewed, and the actress had fallen back on a few bit parts and pin-up and nude modeling. In 1950, however, Monroe landed small roles in two musicals and two dramas: Love Happy, A Ticket to Tomahawk, Right Cross, and The Fireball. Co-stars of these productions included Mickey Rooney, the Marx Brothers, June Allyson, and Anne Baxter. Also in 1950, Monroe secured larger--though still small--roles in two critically acclaimed films; as Angela Phinlay in the John Huston directed Metro-Goldwyn-Meyer production The Asphalt Jungle, and as Miss Casswell in Joseph Mankiewicz's 20th Century Fox drama All About Eve.

Monroe's breakthrough was in part orchestrated by Johnny Hyde (1895-1950), the co-founder and Vice President of the William Morris Agency. Hyde took an interest in the starlet, and secured her a 7-year-long contract at 20th Century Fox in December 1950, just a few days before his death of a heart attack. Among Hyde's recommendations to Monroe were cosmetic surgery and superficial alterations to her appearance. These changes to Monroe's chin, nose, hairline, and hair created the flamboyant "blonde bombshell" look that we know today.