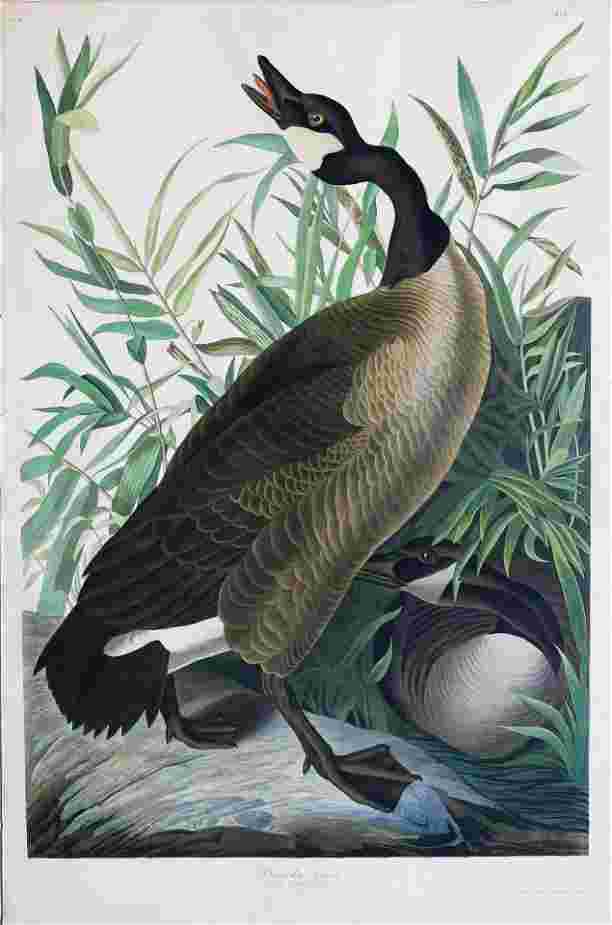 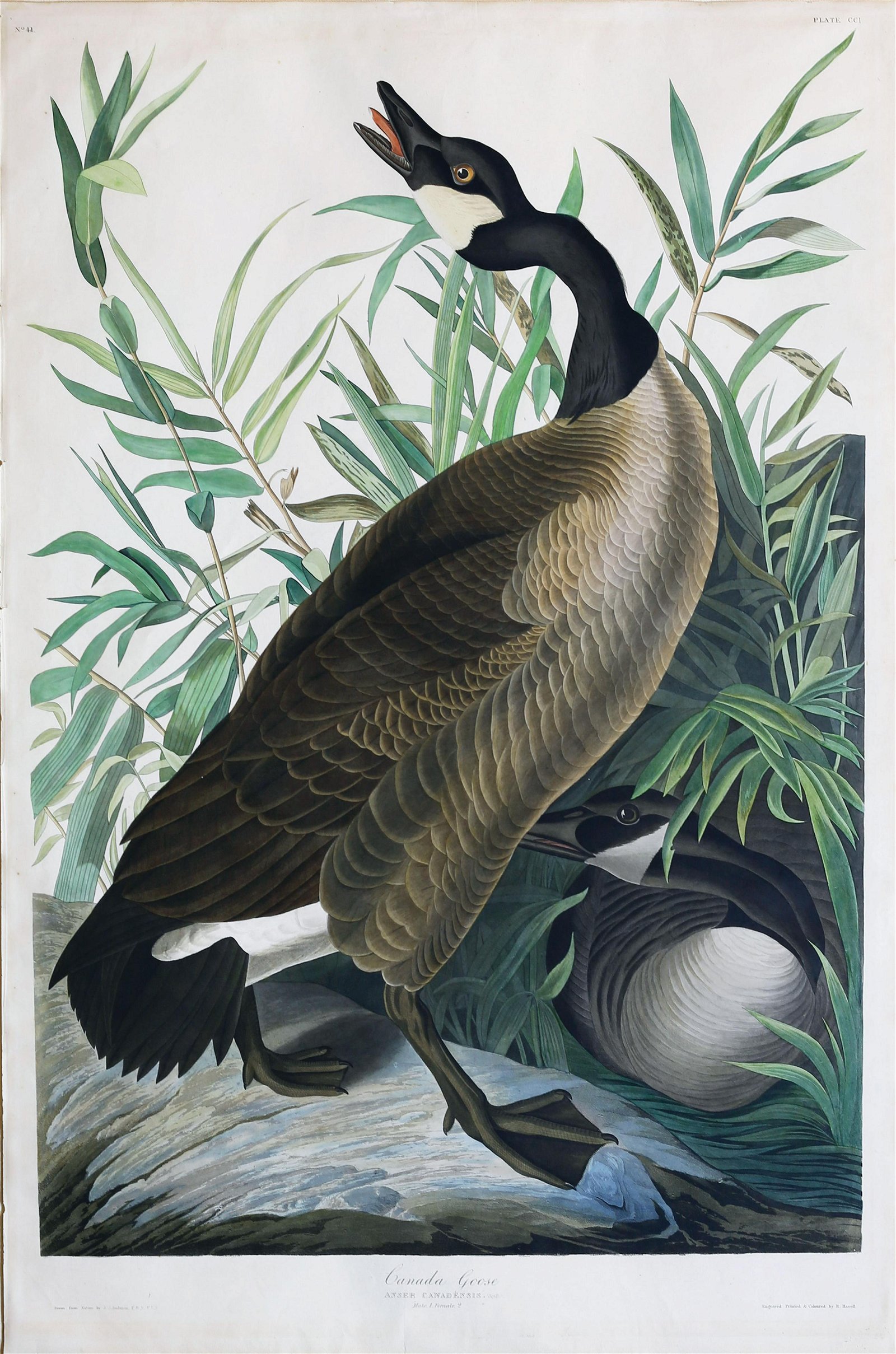 AUDUBON, John James (1785 - 1851).
Canada Goose, Plate 201.
Aquatint engraving with original hand color.
London: Robert Havell, 1827-1838.
38 1/2” x 25 1/2” sheet, 49 1/2” x 37” framed.
Comparable: Guernsey's, 2013 - $48,800; Christie's, 2004 - $47,800.
It is extremely amusing to witness the courtship of the Canada Goose in all its stages; and let me assure you, reader, that although a Gander does not strut before his beloved with the pomposity of a Turkey, or the grace of a Dove, his ways are quite as agreeable to the female of his choice. I can imagine before me one who has just accomplished the defeat of another male after a struggle of half an hour or more. He advances gallantly towards the object of contention, his head scarcely raised an inch from the ground, his bill open to its full stretch, his fleshy tongue elevated, his eyes darting fiery glances, and as be moves he hisses loudly, while the emotion which he experiences, causes his quills to shake, and his feathers to rustle. Now he is close to her who in his eyes is all loveliness; his neck bending gracefully in all directions, passes all round her, and occasionally touches her body; and as she congratulates him on his victory, and acknowledges his affection, they move their necks in a hundred curious ways. At this moment fierce jealousy urges the defeated gander to renew his efforts to obtain his love; he advances apace, his eye-lowing with the fire of rage; he shakes his broad wings, ruffles up his whole plumage, and as he rushes on the foe, hisses with the intensity of anger. The whole flock seems to stand amazed, and opening up a space, the birds gather round to view the combat. The bold bird who has been caressing his mate, scarcely deigns to take notice of his foe, but seems to send a scornful glance towards him. He of the mortified feelings, however, raises his body, half opens his sinewy wings, and with a powerful blow, sends forth his defiance. The affront cannot be borne in the presence of so large a company, nor indeed is there much disposition to bear it in any circumstances; the blow is returned with vigour, the aggressor reels for a moment, but he soon recovers, and now the combat rages. Were the weapons more deadly, feats of chivalry would now be performed; as it is, thrust and blow succeed each other like the strokes of hammers driven by sturdy forgers. But now, the mated gander has caught hold of his antagonist's head with his bill; no bull-dog could cling faster to his victim; he squeezes him with all the energy of rage, lashes him with his powerful wings, and at length drives him away, spreads out his pinions, runs with joy to his mate, and fills the air with cries of exultation.