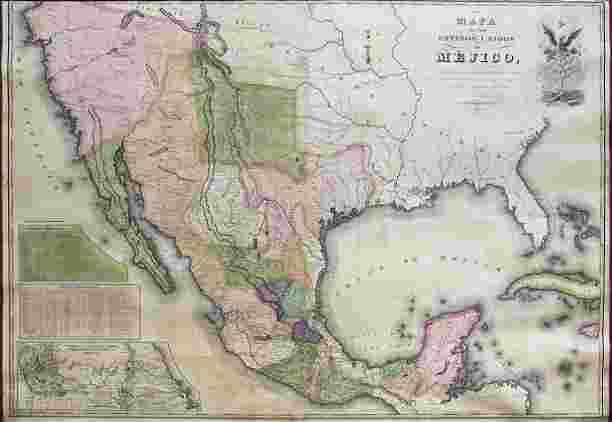 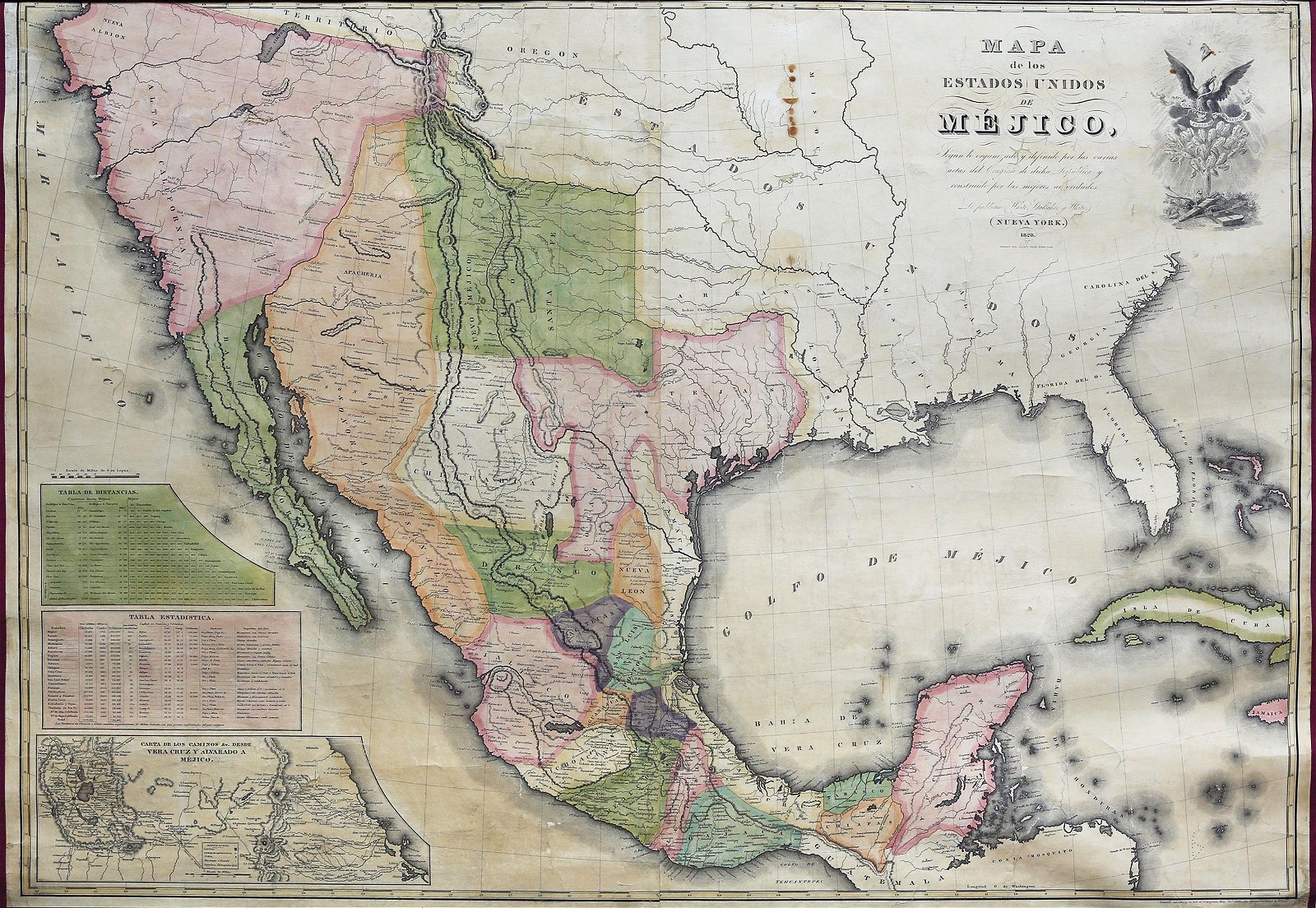 White, Gallaher & White
MapsÂ de los Estados Unidos de Mejico.
Engraving with original hand color.
New York: Gallaher & White, 1828.
29” x 41” sheet, 40” x 55 1/2” framed.
Nice unfolded example of White, Gallaher & White's rare edition of the Disturnell Treaty Map.
Both Tanner's English language map of Mexico (published in 1826), on which this version is based, and the present map served as precursors for Disturnell's Treaty Map. These three maps are exceptionally significant due to their historical context and function with regard to the Treaty of Guadalupe Hidalgo.
This map, along with the 1826 Tanner Map of Mexico and John Disturnell's Mapa de los Estados Unidos de MÃ©jico . . . provide the historical lineage which resulted in the boundary dispute following the Treaty of Guadalupe Hidalgo. Following publication of the White Gallaher & White map, the plates apparently languished in New York until the beginning of the War with Mexico, when they were apparently purchased by Disturnell and used for printing the Disturnell Map of Mexico, which was issued from 1846 until the early 1860s (in 2010, we handled the purchase and sale of an edition dated 1862, the latest example we have encountered).