Michael Jordan the best player in the world against 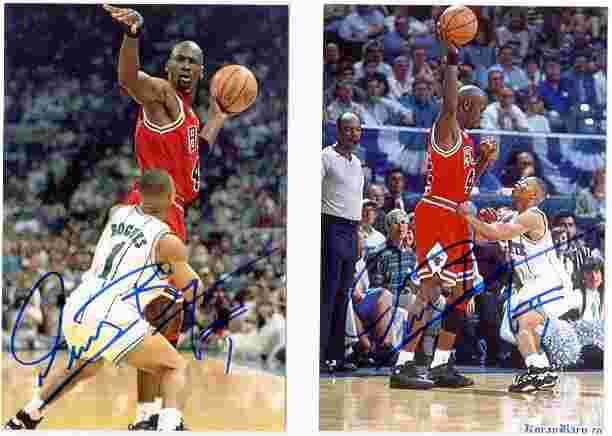 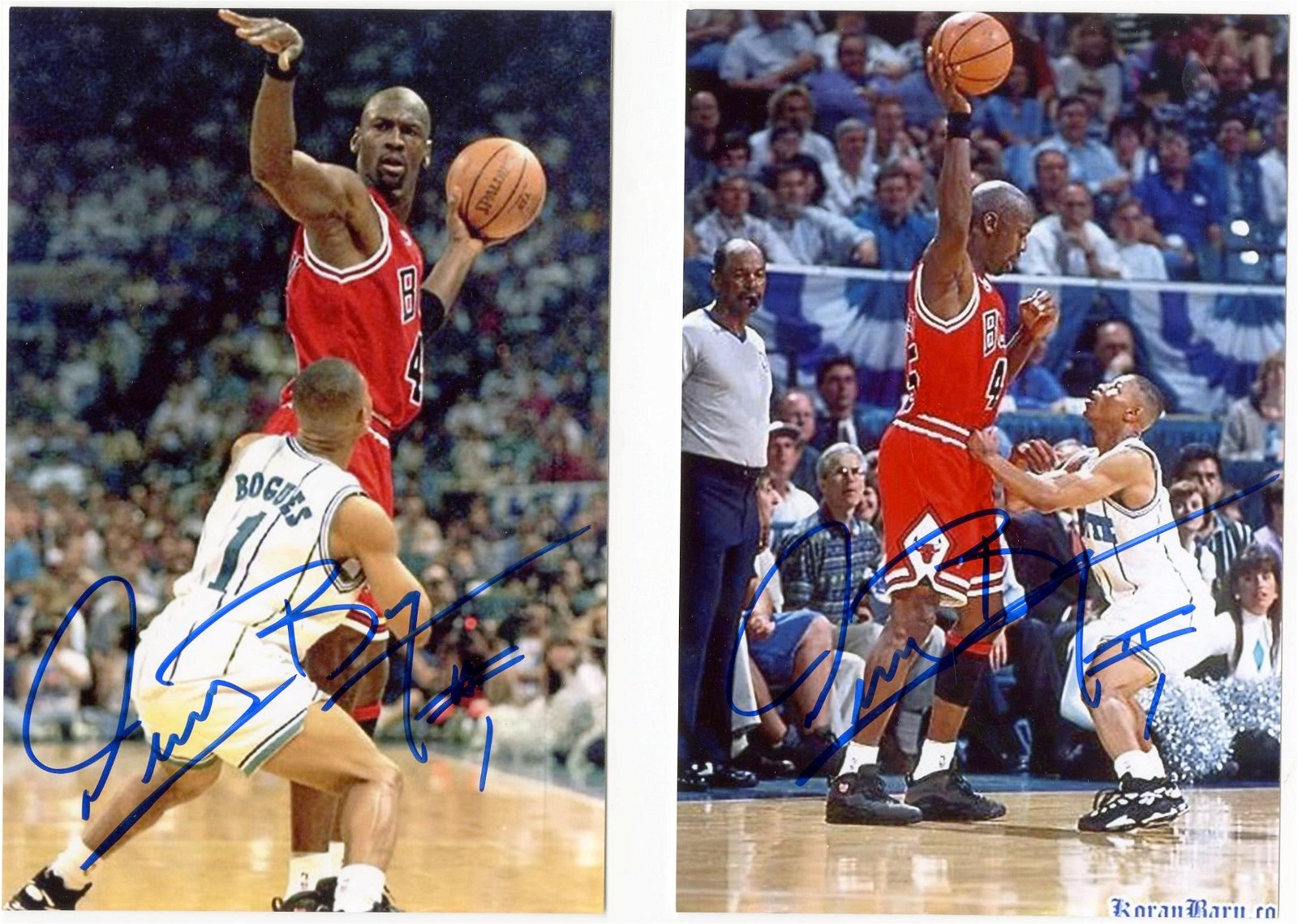 Two Michael Jordan's The best of all time N.B.A. League player when In front of him the world's lowest N.B.A. League in the history - Muggsy Bogues. Jordan looks at Bagus as a giant before a dwarf. Both photographs are signed by Bogues.


Tyrone Curtis "Muggsy" Bogues ; born January 9, 1965, in Baltimore, Maryland, the lowest player in NBA league history, is only 1.60 meters tall. Bogues played in four teams: the Washington Bolts, the Charlotte Hornets, the Golden State Warriors and the Toronto Raptors, and is especially remembered from the time he played in Charlotte. Already in his fourth year of college he Surprised the basketball world by ending his season with an average of 3.8 rebounds per game despite his low height, an exceptional statistic for a player of his height. In 1987, he was awarded the "Francis Pomery Naismith Award" awarded to college players demonstrating excellent acting despite their low height. At the beginning of his career, Basket ball critics tended to underestimate his ability and chances to succeed in the industry, but Bogues repeatedly surprised his commentators with his exceptional body abilities, despite his low height. Due to his low height, many of the opposing team's players surpassed his agility, and with the sharp body movements through which his guards slipped, broke into the basket. In 1994, he published his autobiographical book titled "In the Land of the Giants: my Basketball Life."

Michael Jordan the best player in the world against