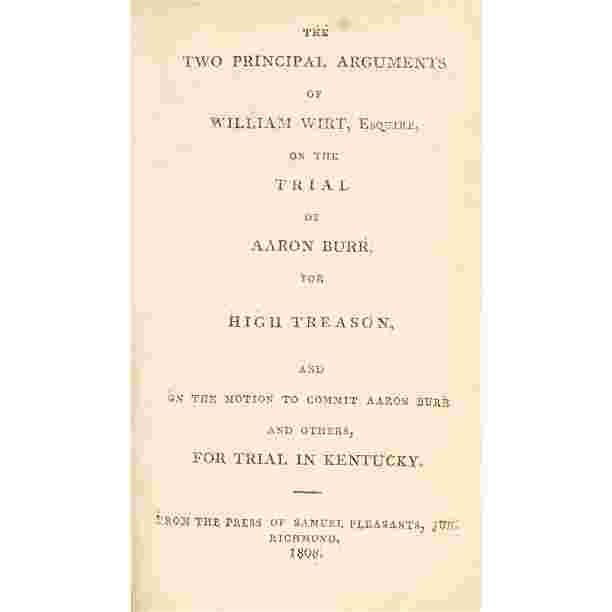 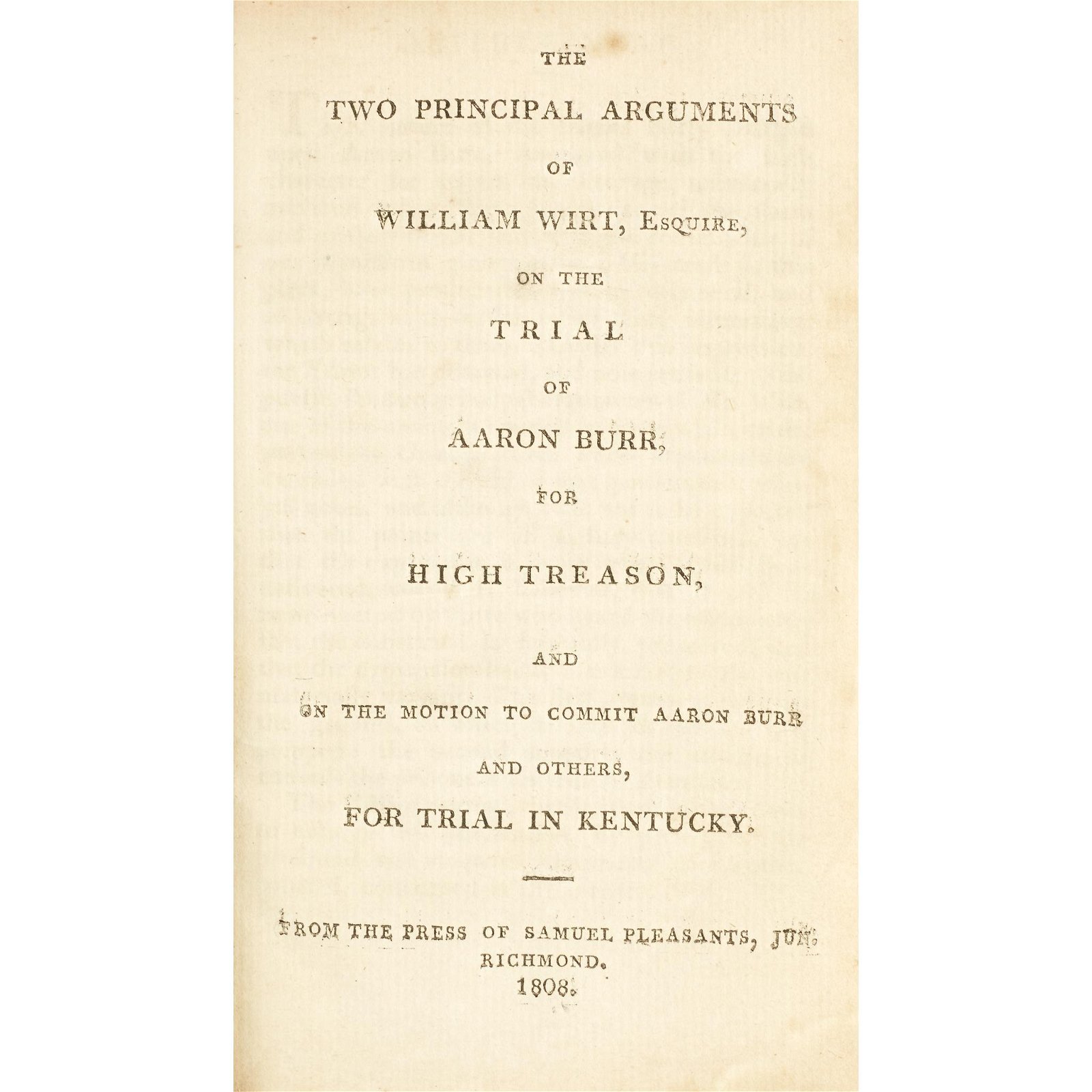 [Americana] Wirt, William
Two Principal Arguments of William Wirt on the Trial of Aaron Burr, for High Treason, and on the Motion to Commit Aaron Burr and others, for Trial in Kentucky
Richmond, (Virginia): From the Press of Samuel Pleasants, 1808. First edition. 24mo. (4), 103, one blank, 104-221 pp. From the library of Francis Scott Key, and with his book-plate on front paste-down. Original calf, stamped in gilt, edges and corners worn, slightly rubbed; all edges trimmed. Lacking frontispiece portrait; darkening to edges of front and rear paste-downs; front free endpaper starting to spring; bottom edge of pp. 49/50, 55/56, and 59-62 torn away, but not affecting text; text lightly toned and foxed. Howes W-587, Sabin 104883.William Wirt (1772-1834) was the longest serving U.S. Attorney General, and served as lead prosecutor in Aaron Burr's trial for treason. Burr was accused in 1807 in the conspiracy to invade Mexico, seize the city of New Orleans, and set up an independent government west of the Mississippi. Wirt's two principle arguments, laid out in this volume, were ultimately unsuccessful, and Burr and his associates were acquitted.
Francis Scott Key (1779-1843) was an American lawyer and poet, known for his poem that later became the lyrics to the U.S. national anthem, "The Star Spangled Banner".