See Sold Price
Sell a Similar Item
Don't Miss Your Next Treasure.
Set up a search alert to hear when Figurines items arrive. 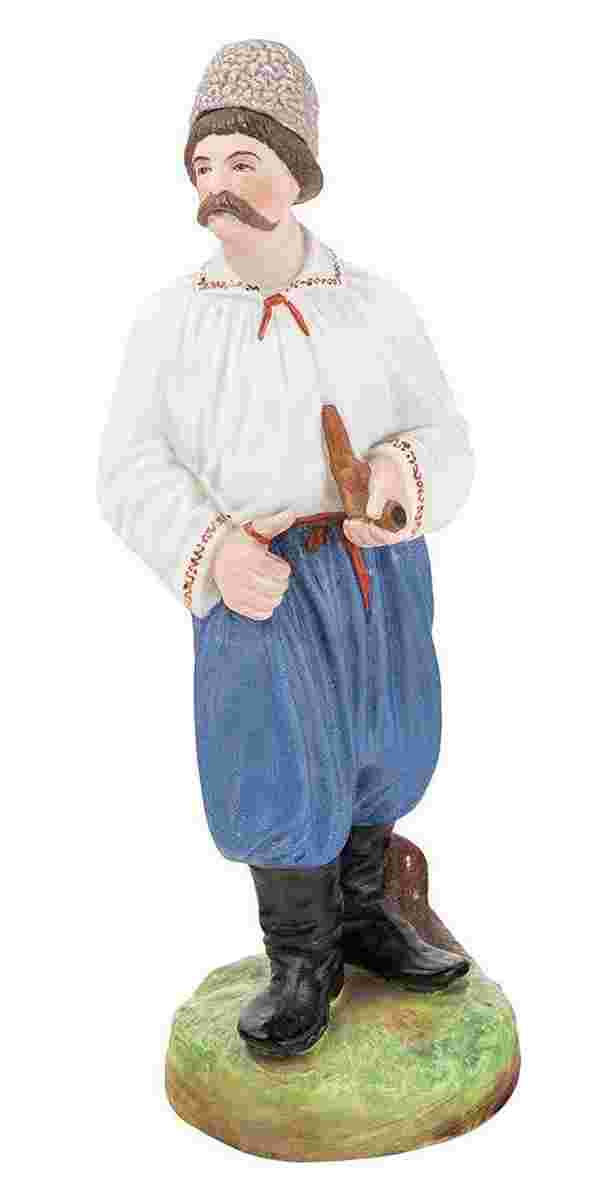 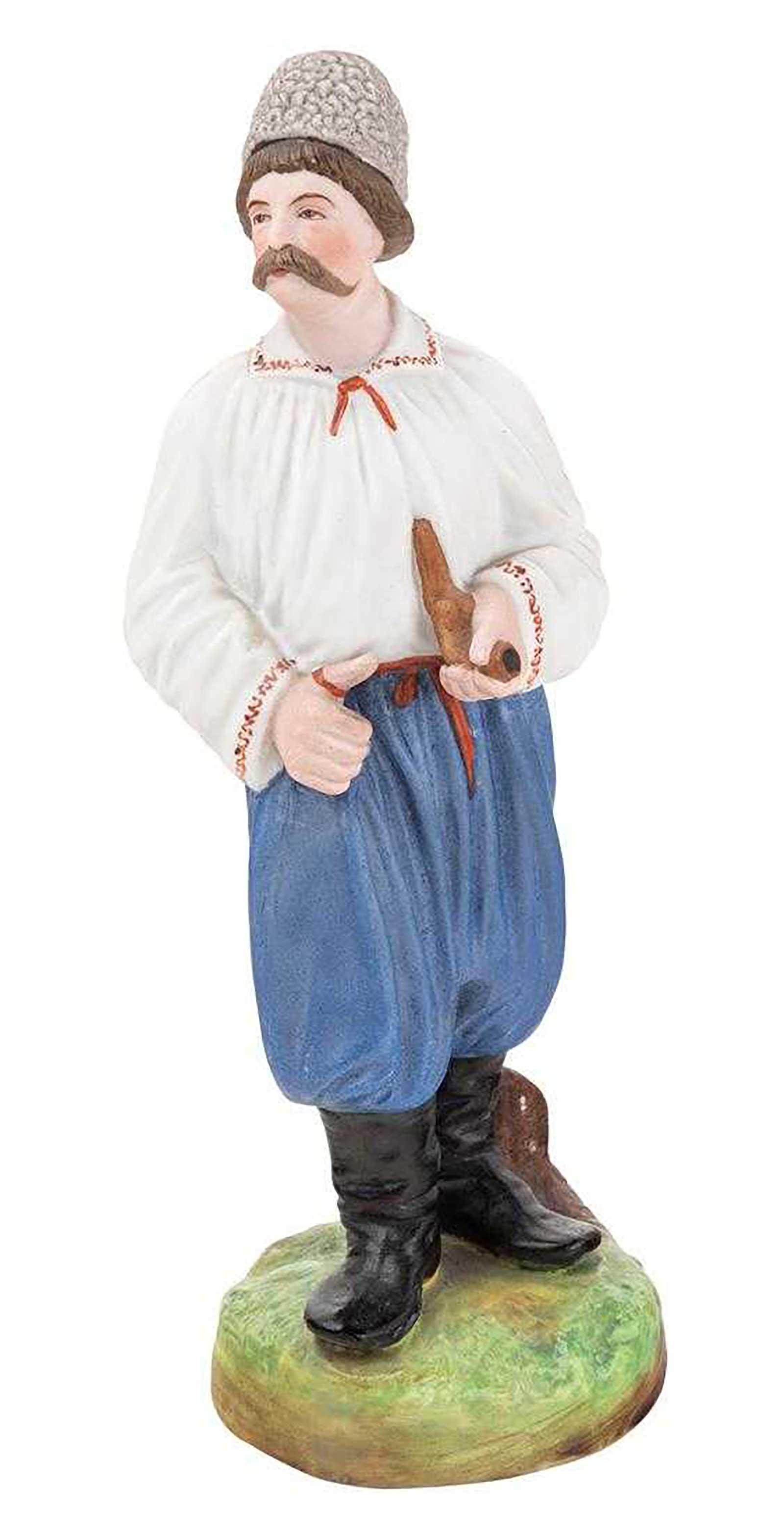 RARE RUSSIAN IMPERIAL PORCELAIN GARDNER FIGURE UKRAINIAN MAN with PIPE
From the "PEOPLE OF RUSSIA" series , GARDNER PORCELAIN FACTORY, MOSCOW, LATE 19th CENTURY.
Realistically modelled, wearing traditional attire man, including blue wide pants and a white shirt with red rim, with a grey hat and with a pipe in his left hand.
Standing in front of a tree stump, on a circular green base, red overglazed Gardner factory mark, impressed factory mark and numeral 168 under base.
This rare item came from the estate of a prominent New York collector of European heritage. After purchasing his first Gardner figurine more than 20 years ago, he developed an interest in Russian porcelain figures, and amassed a formidable collection over the next two decades, paying particular attention to quality of craftsmanship and authenticity.
SIZE: 25.5 cm (10 inches).
REFERENCE: For an identical figure see, Porcelain in Russian 18th-19th centuries, The Gardner Factory, State Russian Museum, St. Petersburg, 2003.
ESTIMATE PRICE: $7000 - $8000.
Few years ago Gardner's Porcelain Figure was sold for $14.000 (30 bids !!) - please see the screenshot.
PAY in PARTS: You can pay for any item during 2 - 3 months. Just make a deposit 10% and the item will wait for you.
SHIPPING: Combined shipping is available.
NEW: Returning customers will have FREE SHIPPING in USA and 50% DISCOUNT on international shipping.

HISTORY: Gardner Factory Russian Porcelain founded at Verbilki, near Moscow, by the Englishman Francis Gardner in 1766, and known for its hard paste porcelains, the Gardner factory served as important competition for the Imperial Porcelain Factory, spurring artists at both institutions to produce more complicated wares in terms of both form and decoration. One of two porcelain works in Russia during the 18th century, The factory was situated in the Gjelsk region where local clay, which proved suitable for porcelain, could be used. Gardner started with a German manager called Gattenberg, who later joined the Imperial Factory, and he employed a well-known German painter, Kestner. But these and other foreigners taught many Russian craftsmen, principally serfs, who gradually replaced them, as soon as they had mastered the various techniques; so that the number of foreigners employed in key positions steadily diminished in course of time. The factory was operated by the family for three generations until 1891, when it was taken over by Kusnetzoff. The Gardner Factory made lesser quality wares for export and higher quality pieces for the capital trade. In 1777 the Empress Catherine teh Great commissioned the Gardner Factory to produce four dessert services for the receptions held in the Winter Palace. Each service included plates, round and long leaf-shaped dishes, baskets of various sizes for fruit, and a variety of ice cups. Among its other notable works were colored figurines of Russian subjects in unglazed biscuit porcelain.
Gardner porcelain had a wide variety of marks in the 140 years of its existence. Different shapes of the Latin letter G, painted underglaze in blue or black, were most frequent in the late eighteenth and early nineteenth centuries. Occasionally the mark is similar to the Meissen crossed swords with a star. In the first quarter of the nineteenth century the full name of the factory, impressed either in Cyrillic or Latin characters, becomes more frequent. In the second half of the nineteenth century the mark is usually the Moscow St George and Dragon crest, surrounded by a circle, bearing the full name of the factory, at first impressed, and later painted in green or red. In the last decades of the factory's existence the double-headed eagle was added to the design, and this elaborate mark continued after the Gardner firm had been absorbed by Kuznetsov.