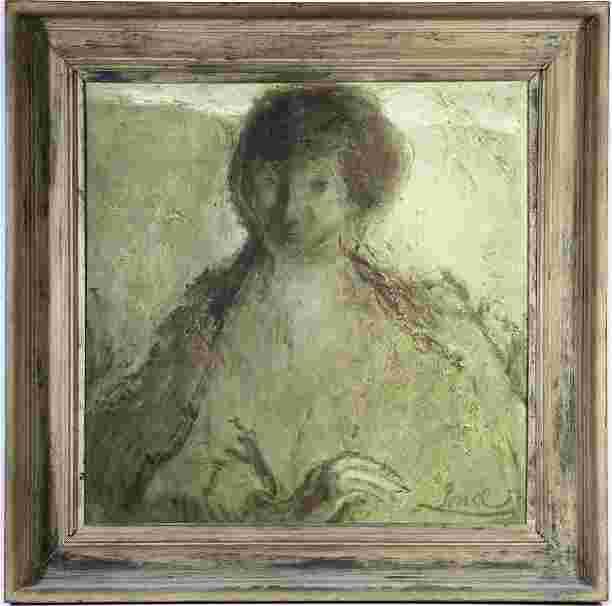 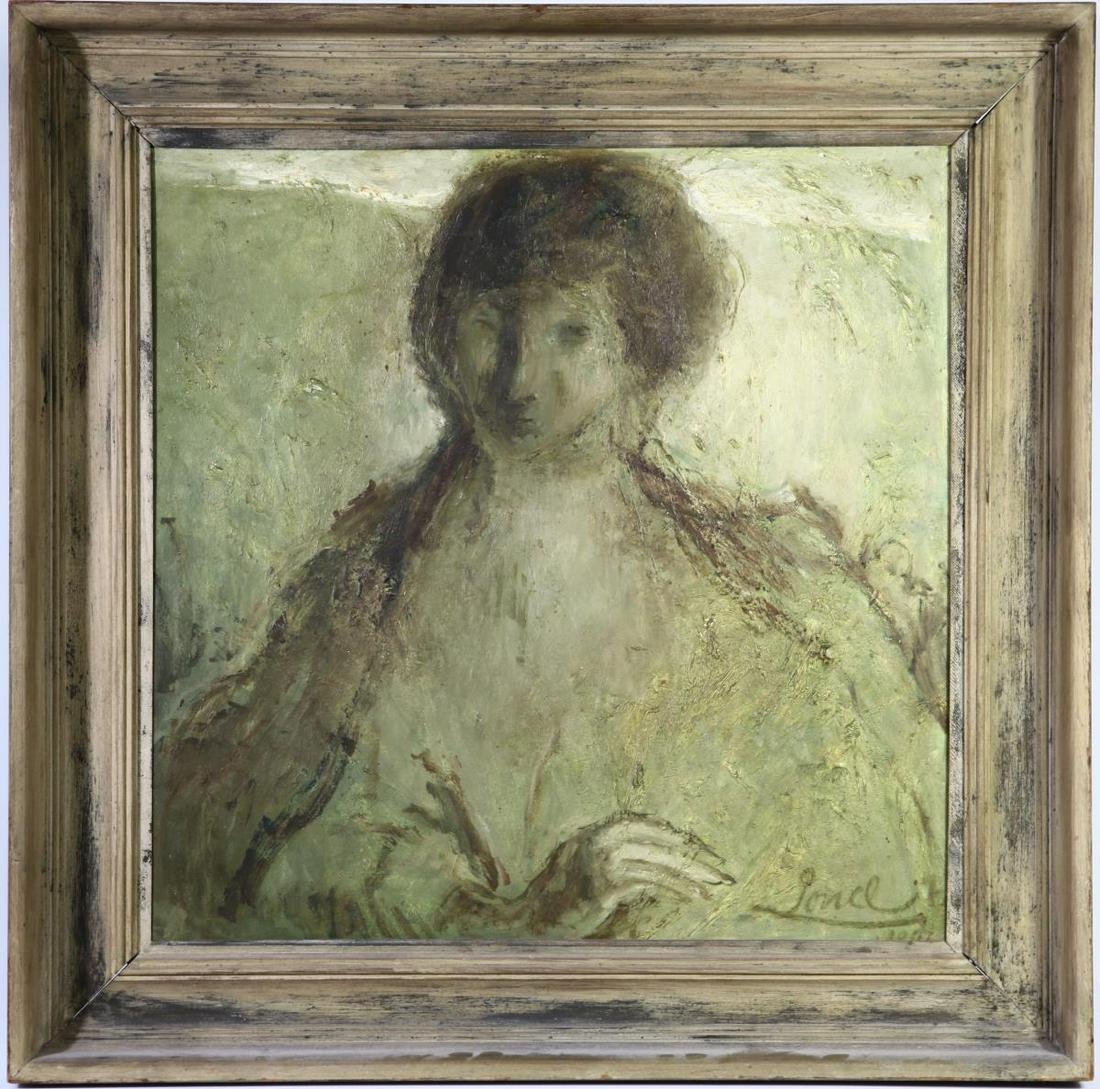 This is an oil on canvas by Fidelio Ponce de Leon, one of the most important Cuban painters of the 20th century. He was part of a group of Cuban artists known as the Vanguardia, an avant-garde movement which emerged in Havana and was seminal to the evolution of modern Cuban art. Fidelio Ponce de Leon, also known as Ponce, was a pioneer in this first generation of modern Cuban artists.

He was born Alfredo Fuentes Pons, and his art reflected his own life of poverty. He never left Cuba, so never felt the influence of European art. His paintings contained tragic images of poverty, sickness, and isolation. He used a heavy impasto, his canvases were filled with elongated subjects, and his choice of colors was limited too - not the brilliant colors of other artists, but a pale, almost monochromatic palette of ochres and olive green.

He was influenced by El Greco, Rembrandt, and Modigliani, and his paintings are very expressive and reminiscent of works by Edvard Munch.

Ponce emphasized themes like change, transformation, and death, and his paintings evoke moody contemplation and a sense of sadness and grief. He endured alcoholism and suffered tuberculosis near the end of his life, and these themes had an enduring impact on Cuban art.

The painting is an oil on canvas and has some of that heavy impasto Ponce was known for. The figures are shadowy and done in ochres and olive green, and the painting is in great condition.

The painting also comes with a rare photograph of Ponce taken in Havana by Loring Hayden in 1947. It shows how thin and impoverished Ponce looked. He died two years later.