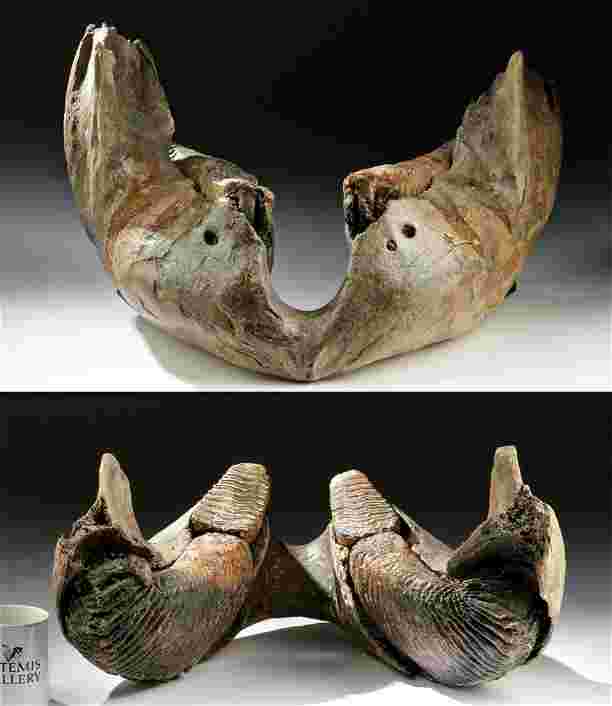 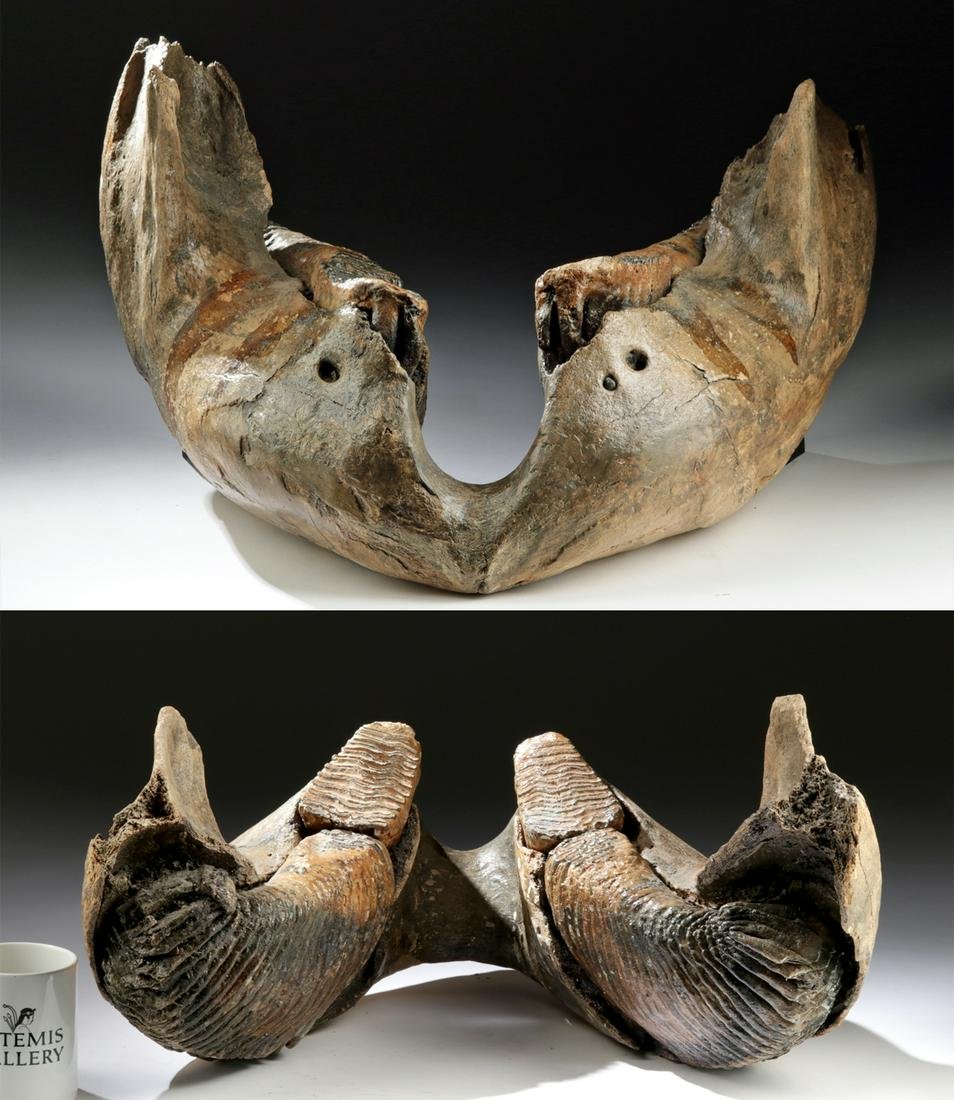 Eastern Europe, found along the Donau River near Novi Sad, Serbia, Pleistocene epoch (Ice Age), ca. 35,000 years ago. A wonderfully preserved fossilized mammoth jawbone with both of its M2 and M3 molars for four teeth total, all showing signs of having been used for browsing the delicious (if you're a mammoth) woody vegetable matter of ancient forests. The original chemicals of the teeth have been replaced in the fossilization process with quartz (silica) and other minerals, creating a rich, deep brown color with some ocher yellow highlights. The jawbone itself is massive, with a few natural cavities that would have somewhat diminished its weight - but still, imagine the neck muscles of the creature that held this heavy jawbone up above its feet! Size: 18" L x 20" W x 10.8" H (45.7 cm x 50.8 cm x 27.4 cm)

While mammoths survived until ca. 5600 years ago on remote Alaskan islands, those animals had begun to shrink in size as the climate warmed from the end of the Ice Age ca. 10,000 years ago. This jawbone comes from deep within the Pleistocene, when the northern hemisphere was dominated by massive ice sheets drained by enormous glacial rivers and lakes. Imagine finding a jawbone like this along the banks of a river, rising from the ground - the name mammoth comes from a Siberian word used to describe the tusks found there by native people, like the Khanty of the Irtysh River basin, and traded to Europe and China. Their occasional finds of massive tusks and even preserved mammoth bodies in the permafrost - often eroding out of the sides of river banks - led to their folkloric belief that mammoths were like huge rodents, dwelling underground, dying when they accidentally surfaced. With the invention of science as a discipline, massive fossils like this one continued to capture imaginations all over the world - for example, Thomas Jefferson, who was fascinated by paleontology, is credited with introducing the use of the word mammoth as an adjective to describe something very large.

Lightly repaired and restored with some minor losses from the peripheries. Great deposits on surface.