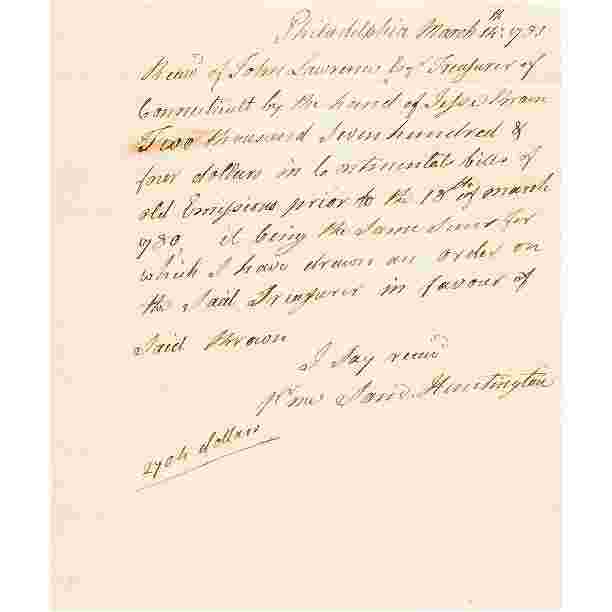 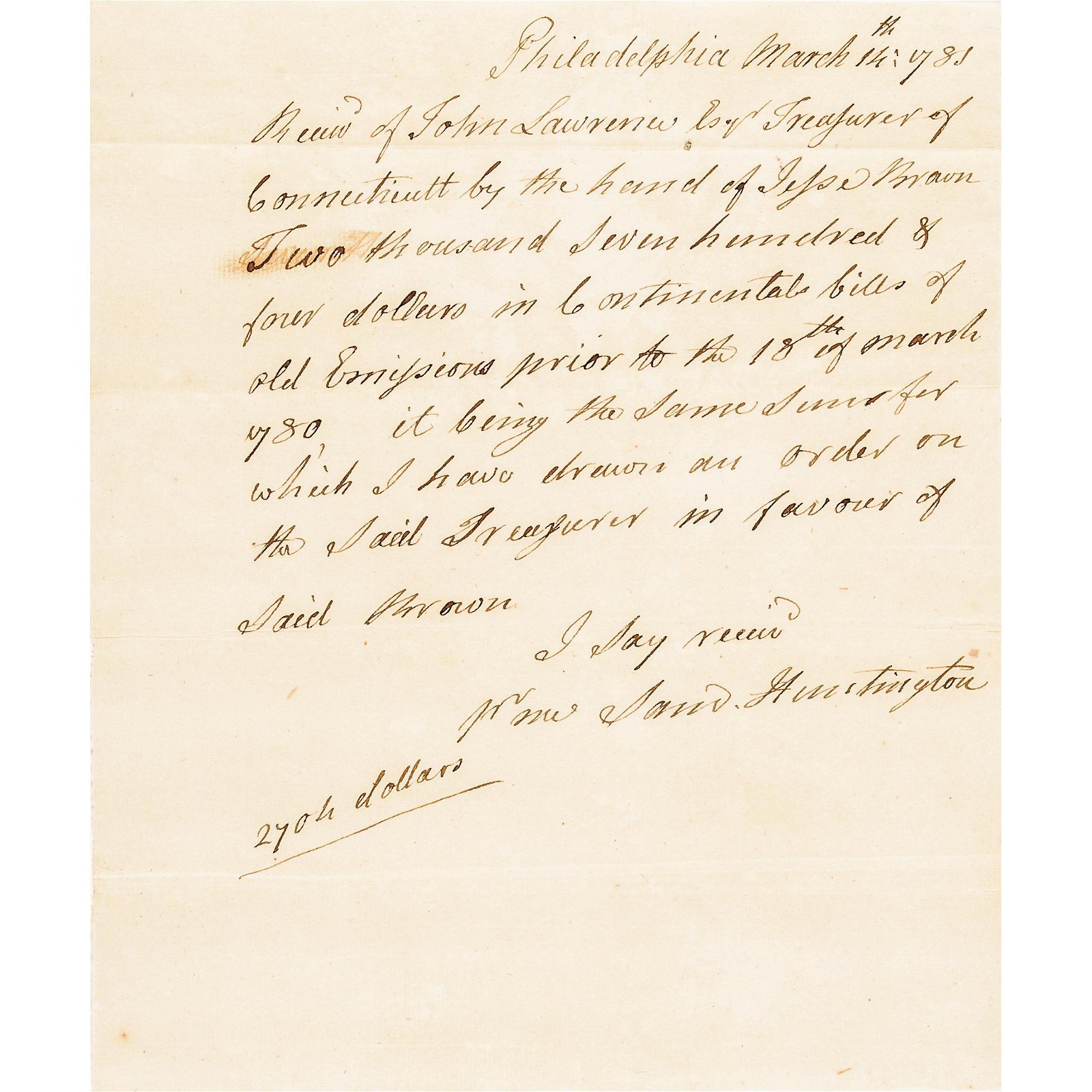 " Philadelphia March 14th; 1781 --- Receiv'd of John Lawrence, Esqr. Treasurer of Connecticut by the hand of Jesse Brown Two thousand seven hundred & four dollars in Continental bills of old Emissions prior to the 18th of March 1780, it being the same sum for which I have drawn an order on the said Treasurer in favour of said Brown. -- I say receivd -- per me (Signed) Saml. Huntington". (Noted below:) "2704 dollars".

Huntington's signature is crisp, clear and in rich brown ink that measures 3.25" across. A beautiful, crisp well-preserved Letter written as the United States' First President.
Samuel Huntington (July 16, 1731 " January 5, 1796) was a jurist, statesman, and Patriot in the American Revolution from Connecticut. As a delegate to the Continental Congress, he signed the Declaration of Independence and the Articles of Confederation. He also served as President of the Continental Congress from 1779 to 1781, President of the United States in Congress Assembled in 1781, Chief Justice of the Connecticut Supreme Court from 1784 to 1785, and the 18th Governor of Connecticut from 1786 until his death.

In 1788 he presided over the Connecticut Convention that was called to ratify the United States Constitution. In later years he saw the transition of Connecticut into a U.S. State. He resolved the issue of a permanent state capital at Hartford and oversaw the construction of the state house.