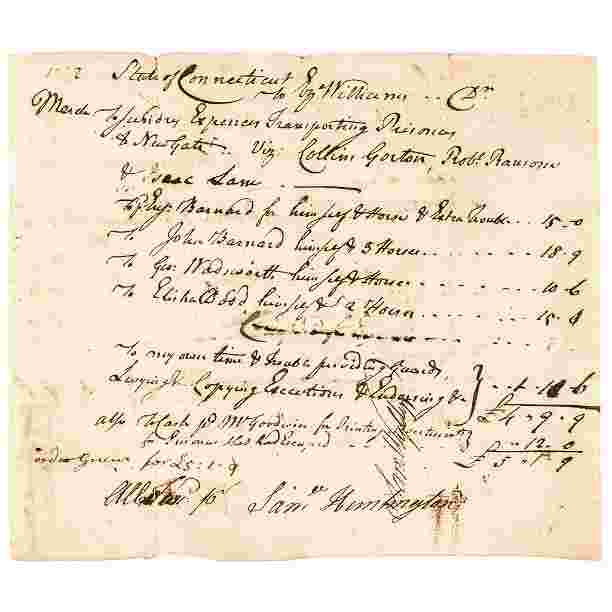 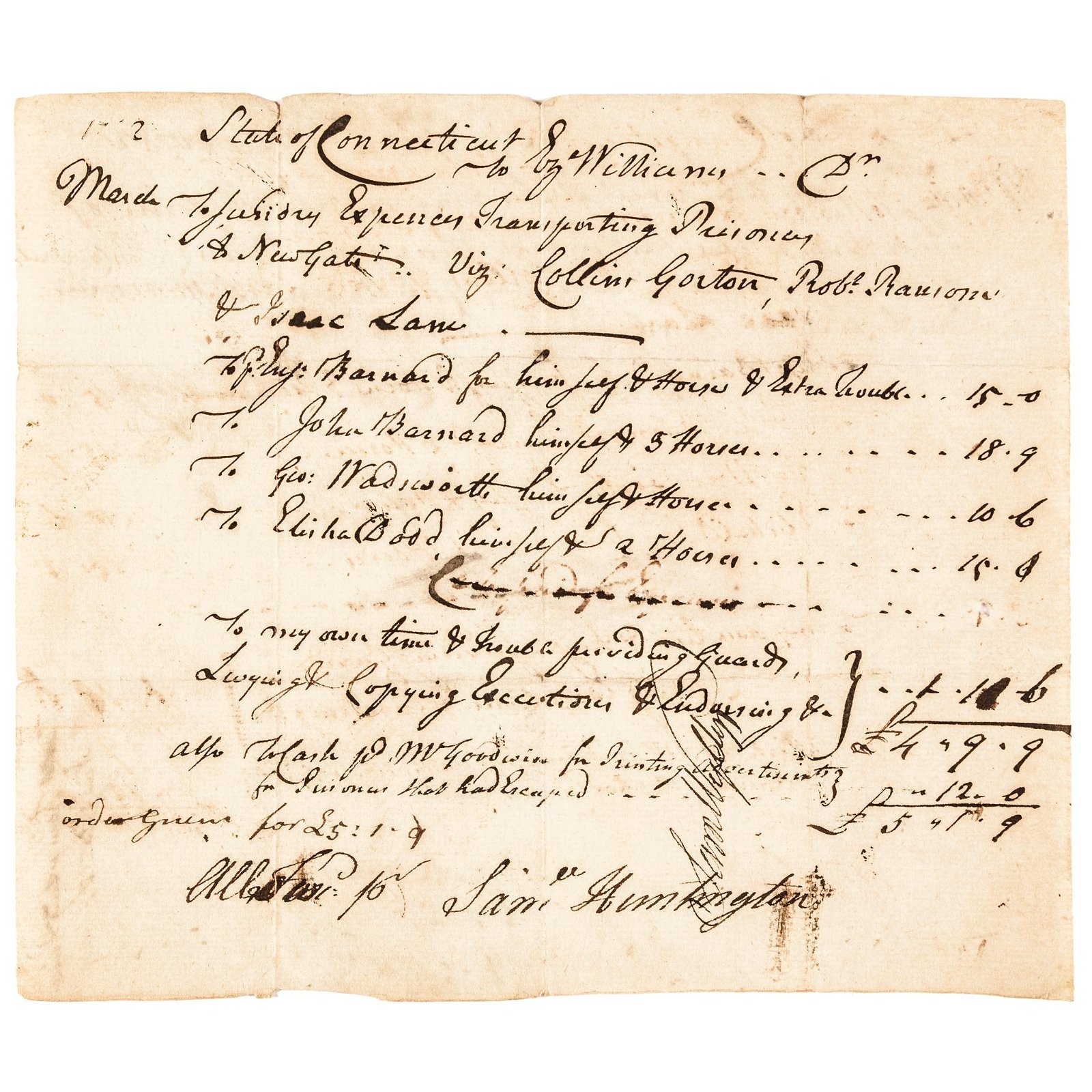 Autographs
1782 Revolutionary War Document Signed "Sam'l Huntington" for "Expenses Transporting Prisoners to New Gate."
SAMUEL HUNTINGTON (1731-1796). Signer of the Declaration of Independence, President of the Continental Congress (1779-1781), First President of the United States under the Articles of Confederation in Congress Assembled, 18th Governor of the State of Connecticut.
March 1782-Dated American Revolutionary War, Manuscript Document Signed, "Sam'l Huntington," 1 page, measuring 8" x 7", Very Fine. Boldly written in deep rich brown on clean laid period paper. A State of Connecticut payment order for Sheriff Williams relating to "Expenses Transporting Prisoners to New Gate. (Goal/Prison)," Signed at the conclusion by Sam'l. Huntington. Also signed by Ezekiel Williams (1729-1818) on the verso in receipt and with docket. Old Newgate Prison was the official first prison of Connecticut, which was used between 1776 and 1782 to house British and Hessian Prisoners of War from the American Revolutionary War. Payments are made for horses and other costs including "Extra Trouble"! A nice Revolutionary Prisoner related document signed by the very recently ex: President of the Continental Congress.
Samuel Huntington (July 16, 1731 - January 5, 1796) was a jurist, statesman, and Patriot in the American Revolution from Connecticut. As a delegate to the Continental Congress, he signed the Declaration of Independence and the Articles of Confederation. He also served as President of the Continental Congress from 1779 to 1781, President of the United States in Congress Assembled in 1781, Chief Justice of the Connecticut Supreme Court from 1784 to 1785, and the 18th Governor of Connecticut from 1786 until his death.

Ezekiel Williams was a successful merchant from Wethersfield, Connecticut and an extremely energetic public servant. Williams was a captain in the Continental Army in 1761, sheriff of Hartford County, Connecticut from 1767 to 1789 and a member of the Committee of the Pay Table for Connecticut beginning in 1775.