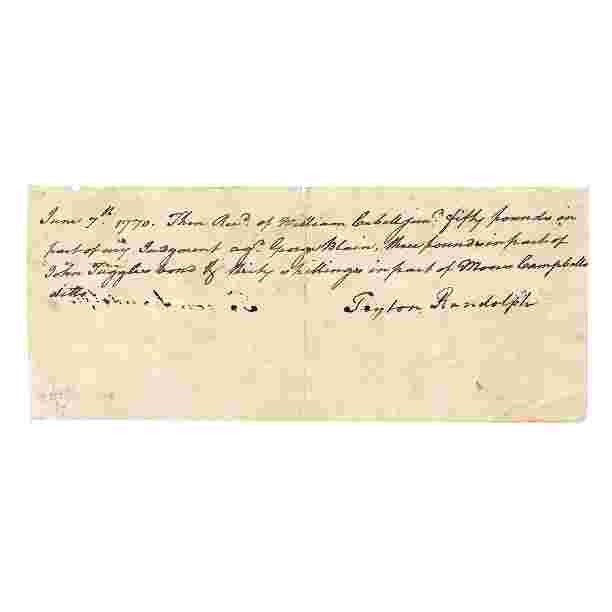 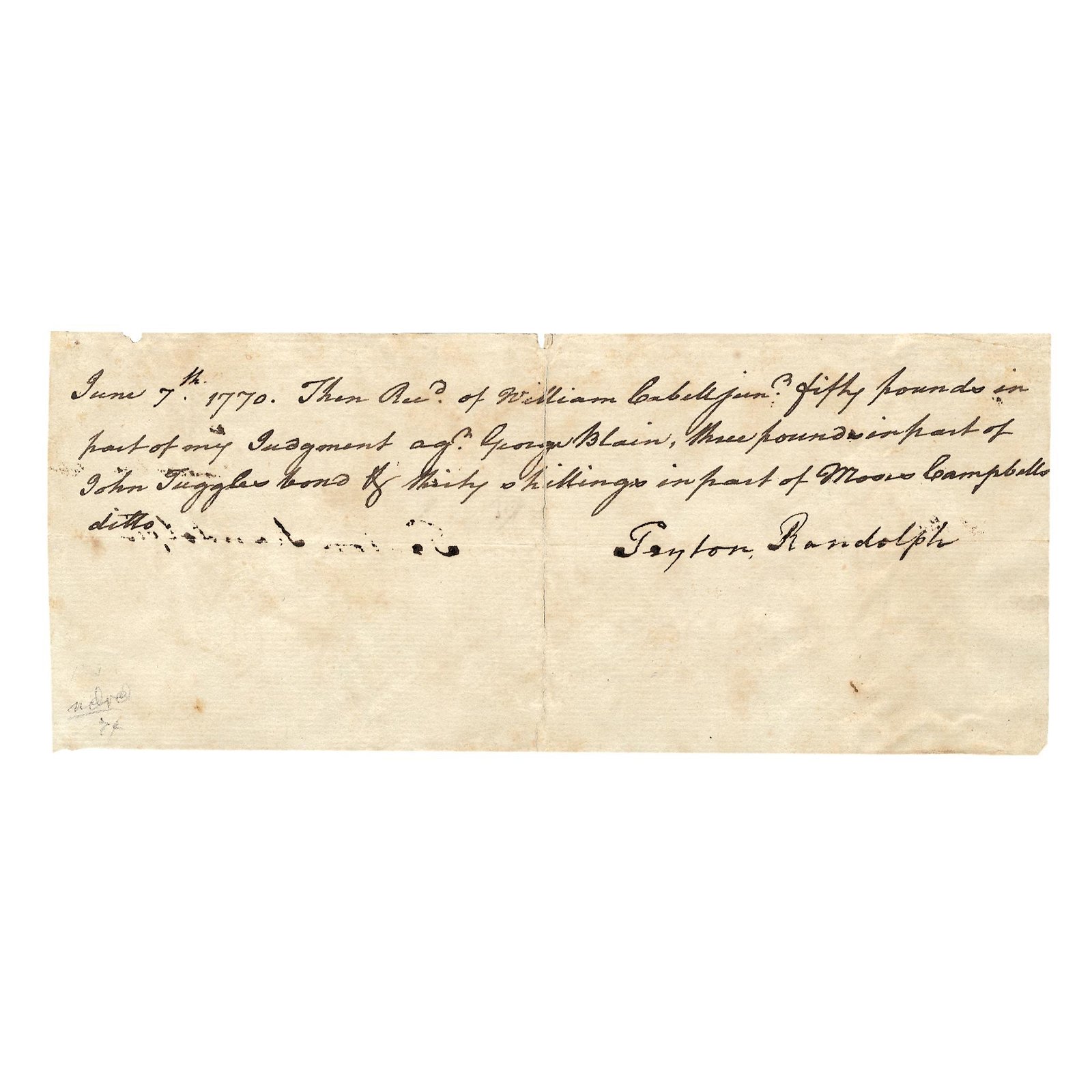 The text is accomplished in a secretarial hand and then boldly Signed by Randolph in deep rich brown at the conclusion which is sharp and vivid. Folded with some slight tone well written on period laid paper and attractive for display. A scarce important and historic autograph of this First President of Continental Congress and early American Patriot from Virginia.
Peyton Randolph, (born 1721, Williamsburg, Va. [U.S.]"died Oct. 22, 1775, Philadelphia, Pa.), first president of the U.S. Continental Congress. Randolph was educated at the College of William and Mary, Williamsburg, Va., and became a member of the Virginia bar in 1744.

Peyton Randolph was on the black list of American Patriots the British proposed to arrest and hang after he presided over the Continental Congress in 1775. Upon his return to Williamsburg, VA. the volunteer company of militia of the city offered him its protection in an address that concluded:

and the friend to freedom and humanity!"

If his friend George Washington succeeded him as America's patriarch, Randolph nevertheless did as much as any Virginian to bring the new nation into the world. He presided over every important Virginia assembly in the years leading to the Revolution, was among the first of the colony's great men to oppose the Stamp Act, chaired the first meeting of the delegates of 13 colonies at Philadelphia in 1774, and chaired the second in 1775.