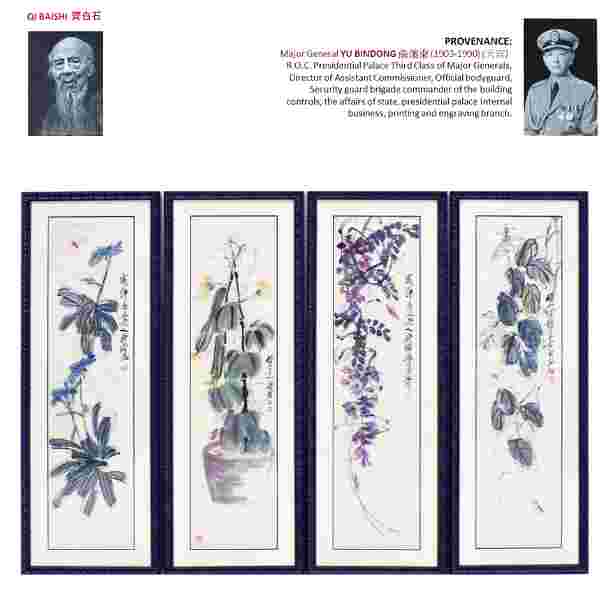 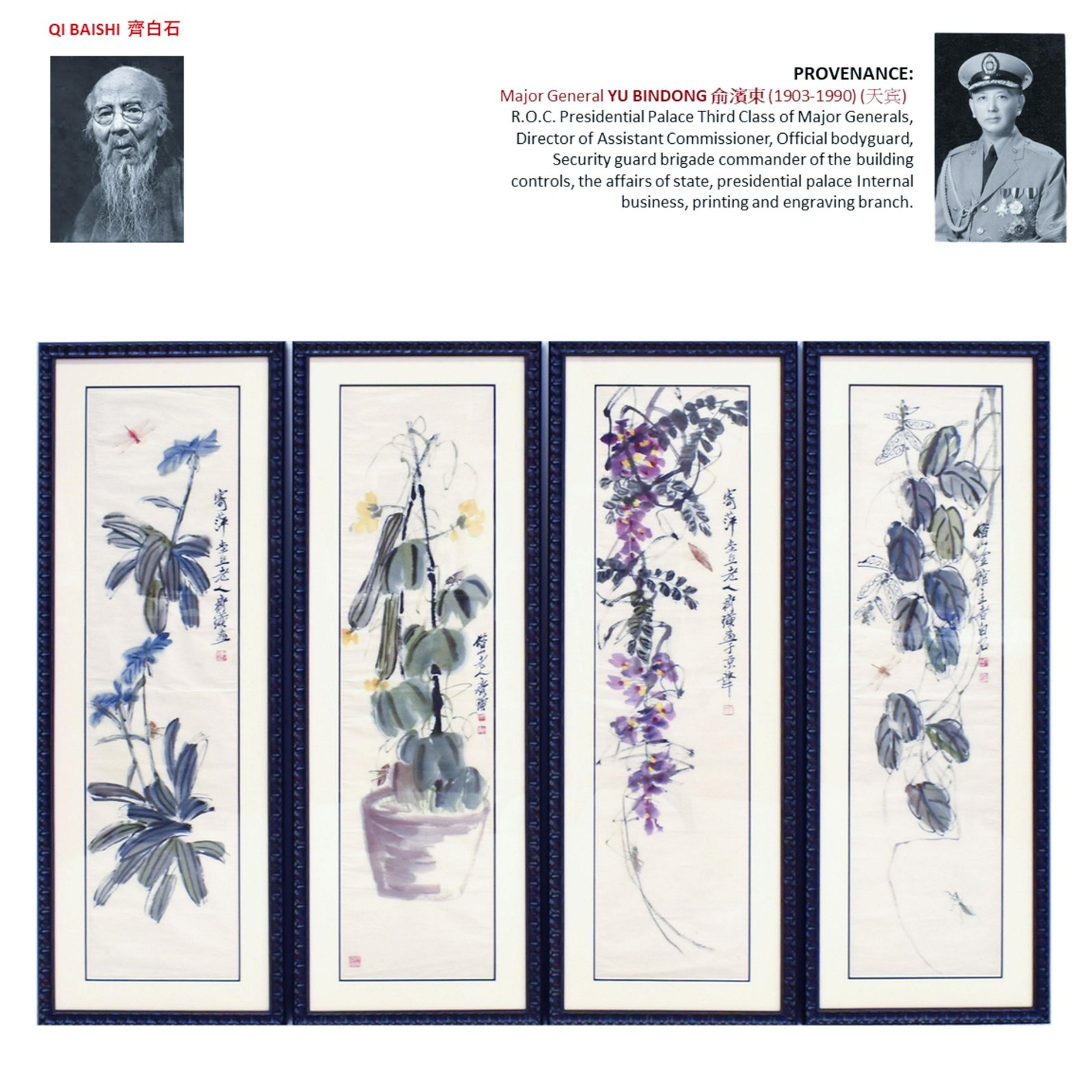 LOT NOTES:
Qi Baishi 齊白石 (1864-1957) was one of the most well-known contemporary Chinese painters. His original name is Qi Huang and style name Weiqing. Baishi ("white stone") is one of his pseudonyms. Some of Qi's major influences include the Ming Dynasty artist Xu Wei and the early Qing Dynasty painter Zhu Da. The subjects of his paintings include almost everything, commonly animals, scenery, figures, vegetables, and so on. In his later years, many of his works depict mice, shrimps, or birds. Qi Baishi is particularly known for painting shrimps. Born to a peasant from Xiangtan, Hunan, Qi became a carpenter at fourteen, and it was largely through his own efforts that he became adept at the arts of poetry, calligraphy, painting, and seal-carving. In his forties, Qi Baishi began traveling and looking for more inspiration. He came upon the Shanghai School, which was very popular at the time, and met Wu Changshuo who then became another mentor to him and inspired a lot of his works. Another influence of Qi Baishi came about fifteen years later, as Qi became close to Chen Shizeng after he settled down in Beijing. Qi Baishi theorized that "paintings must be something between likeness and unlikeness." His prodigious output reflects a diversity of interests and experience, generally focusing on the smaller things of the world rather than the large landscape. Shrimp, fish, crabs, frogs, insects, and peaches were his favorite subjects. Using heavy ink, bright colors, and vigorous strokes, he created works of a fresh and lively manner that expressed his love of nature and life. In 1953 Qi Baishi was elected to the president of the Association of Chinese Artists. He was active to the end of his long life and served briefly as the honorary president of the Beijing Academy of Chinese Painting, which was founded in May, 1957. He died in Beijing on September 16, 1957.