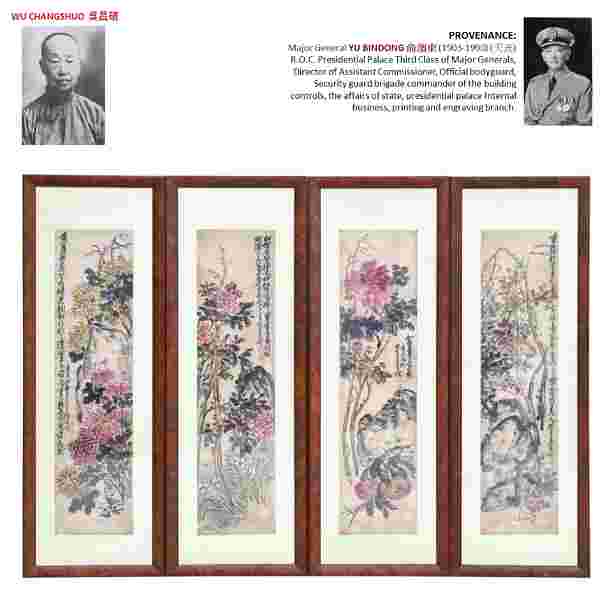 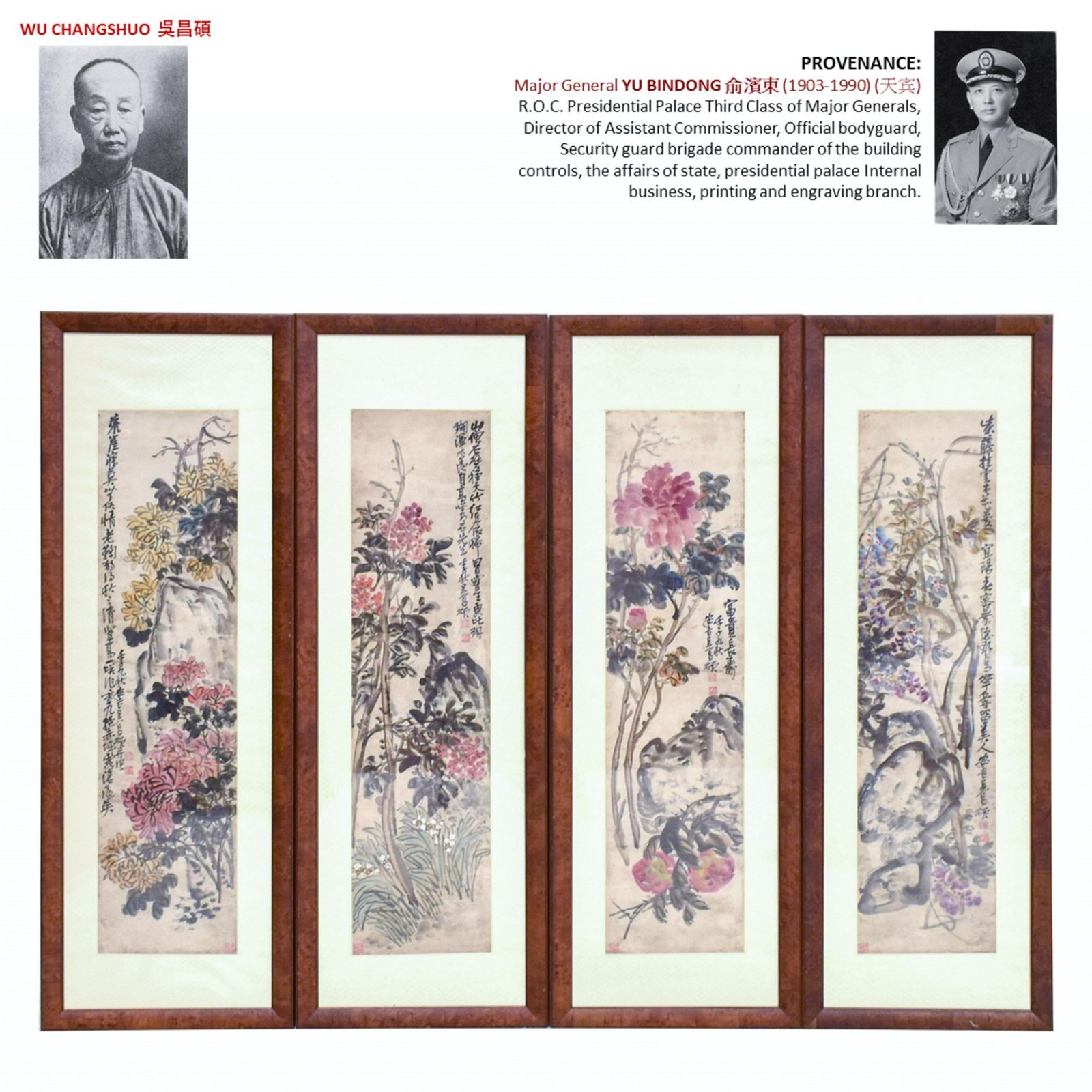 LOT NOTES:
Wu Changshuo 吴昌硕 (September 12, 1844 - November 29, 1927), born Wu Junqing, was a prominent painter, calligrapher and seal artist of the late Qing Period. Wu was born into a scholarly family in Huzhou, Zhejiang. In his twenties, Wu moved to Jiangsu Province and settled down in Suzhou. Prior to the collapse of the Great Qing, he served as an imperial official in Liaoning. Initially, he devoted himself to poetry and calligraphy with a strong interest in early scripts. He also led the Xiling Society of the Seal Art, an academic organization for Hangzhou-based seal artists. Only later did he consider himself a painter associated with the "Shanghai School." As a painter, he was noted for helping to rejuvenate the art of painting flowers and birds. He considered carving seals and doing paintings to be integrated to each other. His work garnered him fame and was highly regarded in Japan.