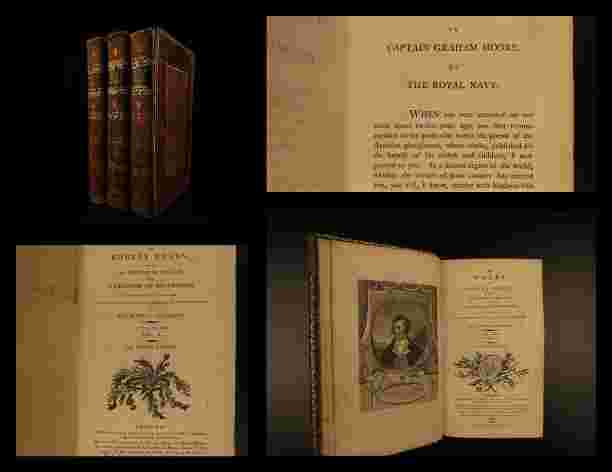 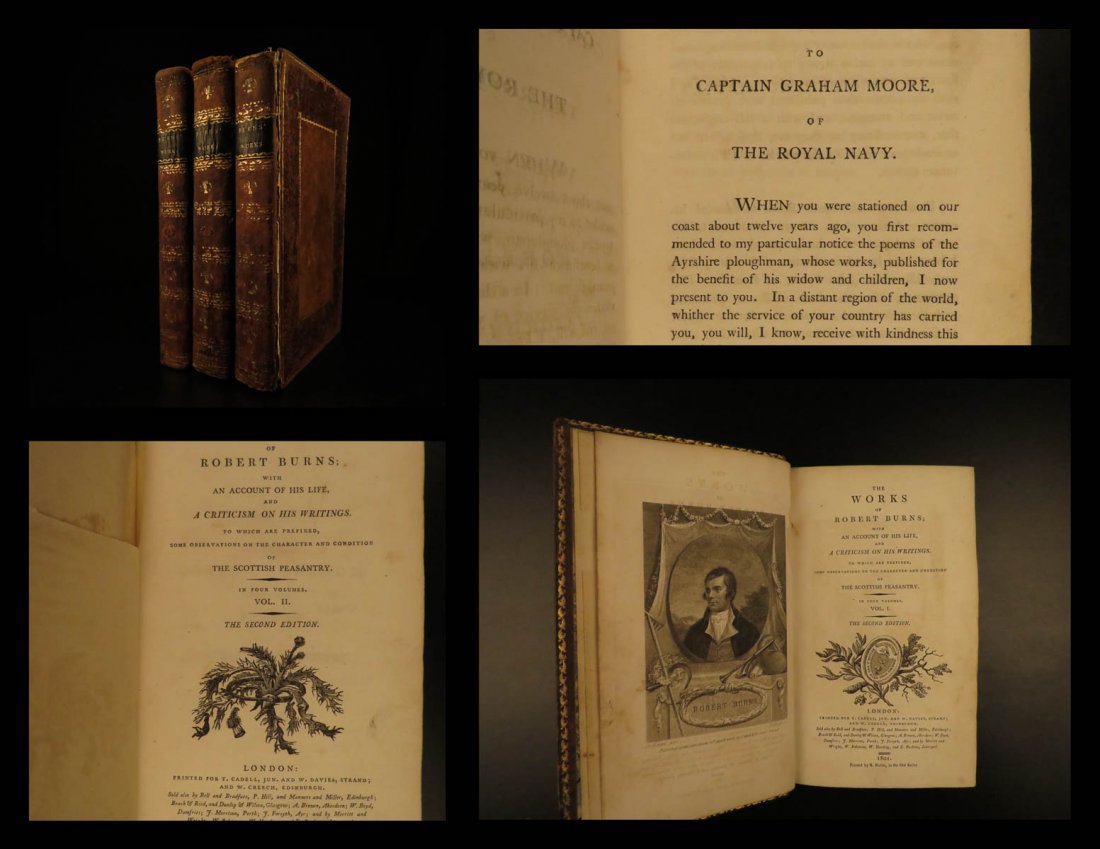 Robert Burns was a Scottish poet and lyricist. He is widely regarded as the national poet of Scotland and is celebrated worldwide. He is regarded as a pioneer of the Romantic Movement and after his death became a great source of inspiration to the founders of both liberalism and socialism. A cultural icon in Scotland and among the Scottish Diaspora around the world, celebration of his life and work became almost a national charismatic cult during the 19th and 20th centuries, and his influence has long been strong on Scottish literature.

The works of Robert Burns; with an account of his life, and a criticism on his writings. To which are prefixed, some observations on the character and condition of the Scottish peasantry.

Collation: Complete with all pages; 3 volumes (of 4)

I. The life of Robert Burns: with a criticism on his writings. To which are prefixed, some observations on the Scottish peasantry

Visible repair to front and back boards of bindings

Customer satisfaction is our priority! Notify us with 7 days of receiving, and we will offer a full refund without reservation!