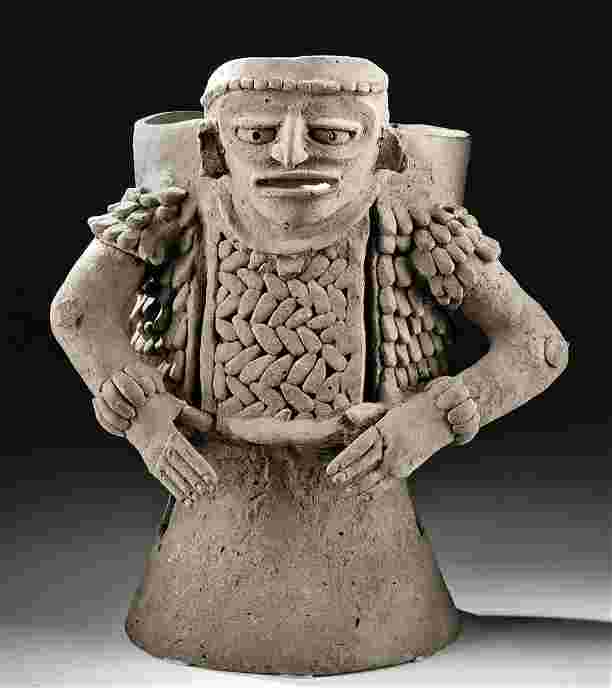 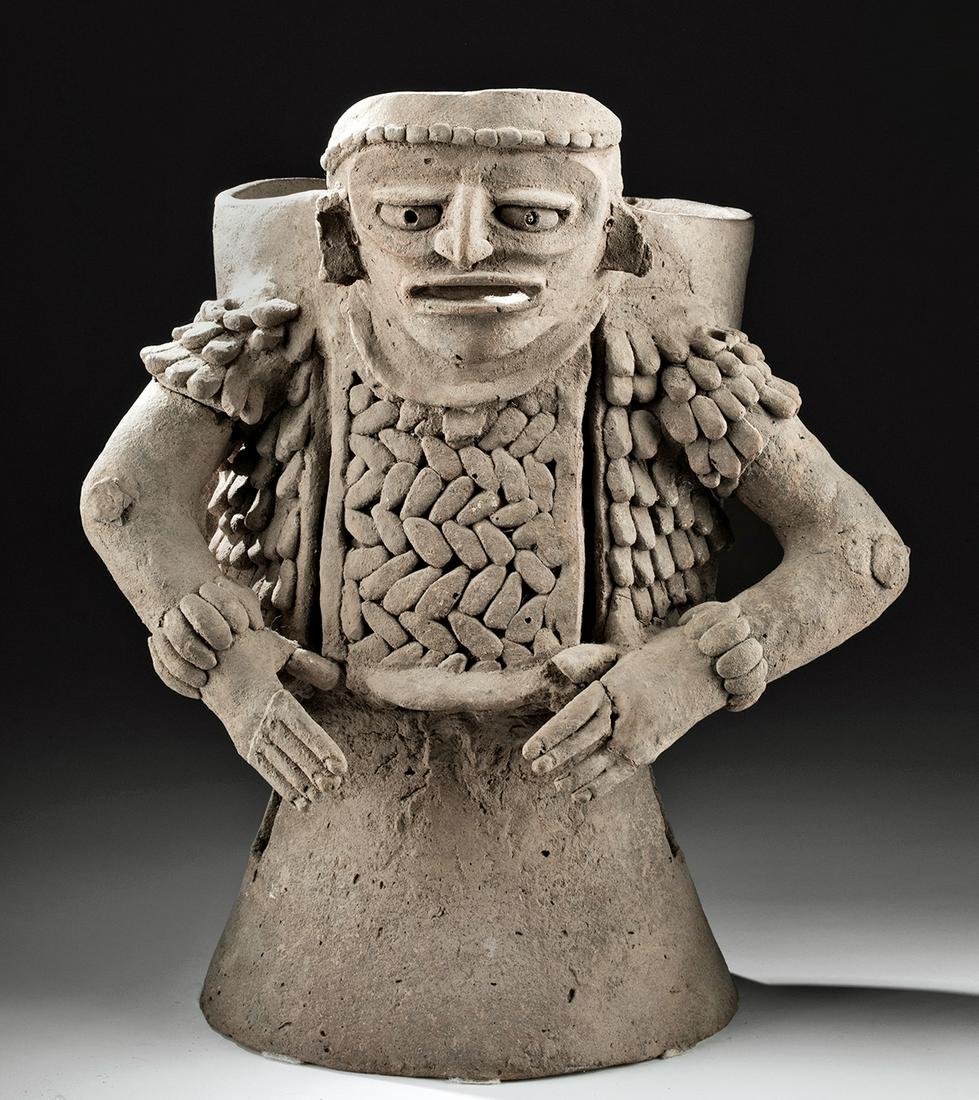 Pre-Columbian, Mexico, Oaxaca, Zapotec culture, Monte Alban III, ca. 600 to 800 CE. A mold-made ceramic incensario in the form of a standing figure, perhaps a representation of the god known to the Maya as Chaac and to the Aztec as Tlaloc. The figure's upper body and head projects from the open-ended hourglass-shaped vessel, which has a small opening at its center to allow fumes and heat to pass through it. The hands,are particularly lifelike, and rest at the waist, with the thumbs touching the figure's waistband. They are bent at the elbows. The figure wears an elaborate applied costume that seems made to resemble a feathered cape. The head features a large nose, bulging eyes, and open mouth - perhaps scented steam once emanated from it! The deep circles around the eyes are similar to depictions of the god, who was a rain deity. Size: 13.65" W x 16.35" H (34.7 cm x 41.5 cm)

Monte Alban, a city inhabited for over 1,000 years before abandonment centuries before the arrival of the Spanish, was a regional power that dominated much of the modern-day state of Oaxaca and interacted with other Mesoamerican city-states like Teotihuacan to its north. Many cultures at this time were producing ceremonial incensarios (censers) like this example, but those in particular from Monte Alban were often so anthropomorphized that, from the front, they are difficult to tell from sculpture. This is in strong contrast to incensarios at Teotihuacan, which were highly abstract. Figural censers have been excavated from Monte Alban's high-status tombs, where it seems they were placed to leave offerings for the dead.

This piece has been tested using thermoluminescence (TL) analysis and has been found to be ancient and of the period stated. A full report will accompany purchase.

Repaired and restored from multiple pieces, with most of the clay original. Small losses from peripheries. Great detail remaining, especially of the face and clothing.