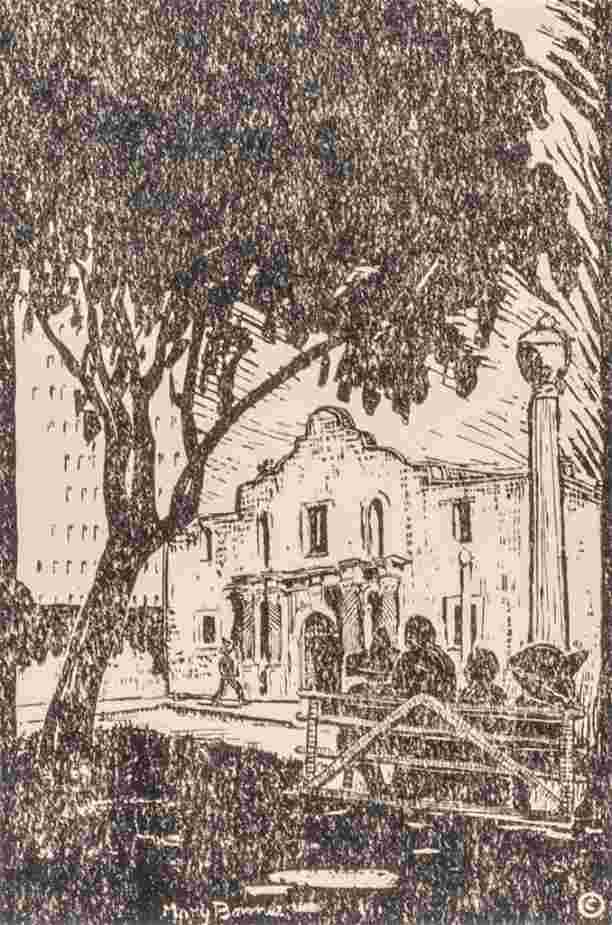 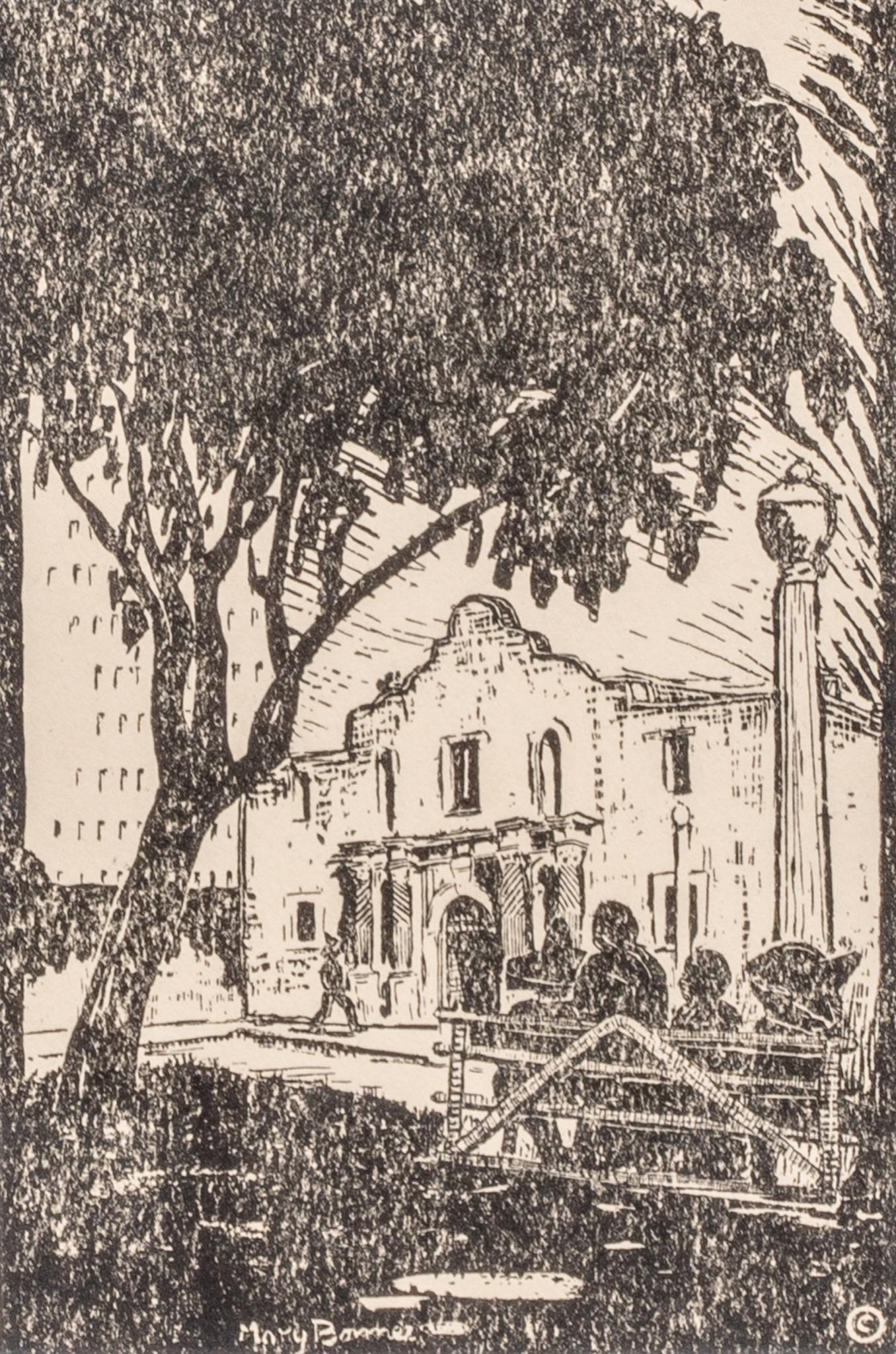 "The Alamo" by Mary Bonner: a woodcut print of the Alamo produced by internationally recognized artist Mary Bonner in 1928 for the San Antonio Conservation Society. According to Mary Carolyn Hollers George in her book, "Mary Bonner: Impressions of a Printmaker": by 1928, Mary Bonner began to spend more and more time back in San Antonio "and became so involved in the causes and concerns of art and conservation that the hours devoted to her own work must have diminished." A good conservationist, Mary Bonner served the cause of historic preservation by doing a series of woodcuts of the Alamo and other missions, which were printed as postcards and sold in packets as a fundraising project. After decades of neglect, the condition of the missions and other historic landmarks was causing growing concern. The San Antonio Express of October 3, 1928 reported "the postal card bearing a block print of the Alamo by Mary Bonner has been adopted as San Antonio's official greeting card for patrons of National Air Mail Day, December 9. Cards are being sold in all booths of the American Legion and each bears the airmail stamp necessary to carry it. Proceeds of the sale of cards will go to a fund being collected by the San Antonio Conservation Society for the preservation of the old missions."Mary Bonner also, through her art, contributed to a better appreciation of the missions.

Known for her etchings of Texas cowboys and the only noted early 20th-century woman popularizing Texas subjects, Mary Bonner lived most of her life in San Antonio with long periods of time in Paris, France. She began her formal art training at age sixteen, and her first teacher was Robert Onderdonk. She went to New York in 1922, and that summer went to France and became a student of Edouard-Henri Leon, one of France's renowned engravers. By 1925, she was exhibiting with the foremost French etchers in two salons of the Society of French Artists. She remained active in San Antonio, and she and Leon had an exhibition there in 1927. Bonner was active in the San Antonio Art League and maintained studios there and in Paris, France.