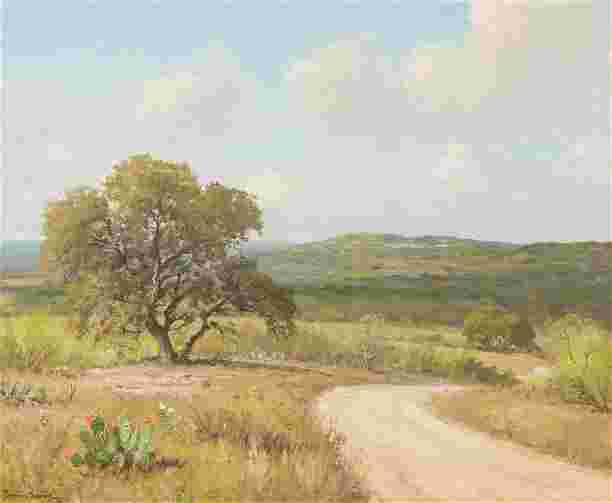 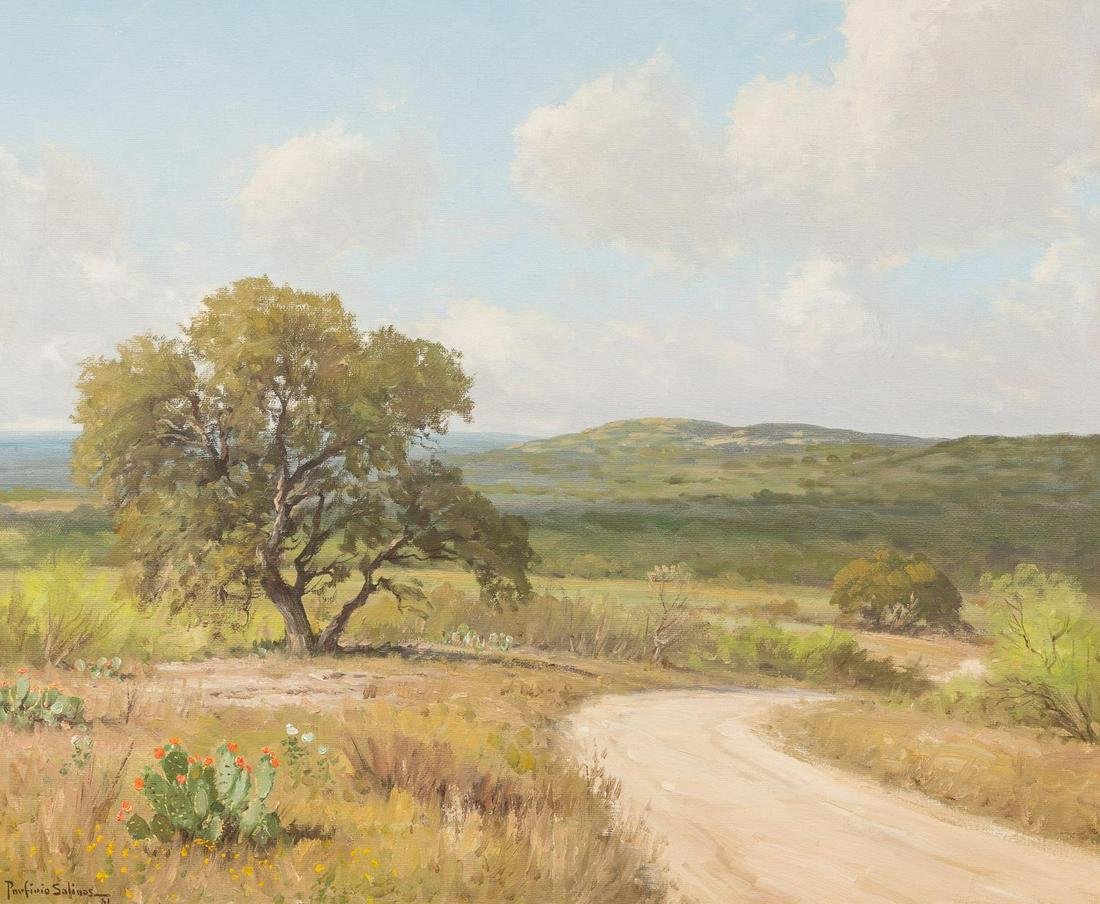 Porfirio Salinas was born in Bastrop, Texas on November 6, 1910. He lived most of his life in San Antonio, Texas where he died on April 18, 1973. He attended the public schools of San Antonio for three years and was largely self taught as an artist. He learned from watching Jose Arpa, director of the San Antonio Art School, sketch in the streets and fields of San Antonio. He also learned from Robert Wood, a prolific landscape painter, who paid him five dollars a picture to paint in bluebonnets on his canvases because "he hated to paint bluebonnets." Salinas was conscripted and served in the army from 1943, to 1945. He was assigned to Fort Sam Houston in San Antonio, where he painted murals for the officers' lounge and other special assignments for Colonel Telesphor Gottchalk, reception center commander. He was allowed to live at home, where he continued his easel painting for the entire duration of his tour of duty. Although the artist did not receive the attention of the professional art establishment (art galleries, museums, art critics, art historians) he achieved a popular following among many Texans as well as the political leaders of Texas and the United States - among them Lyndon Johnson who began to collect his work in the 1940s. The recognition of his work beyond the borders of Texas dates from Johnson's presidency. This popularity allowed the artist to command high prices for his work. The city of Austin celebrated a Porfirio Salinas Day in 1973. The painter was honored for having "done much to bring the culture of Mexico and Texas closer together with his paintings." Salinas dedicated himself to painting landscapes of Central Texas with particular attention to the bluebonnets that grow in abundance in the springtime.