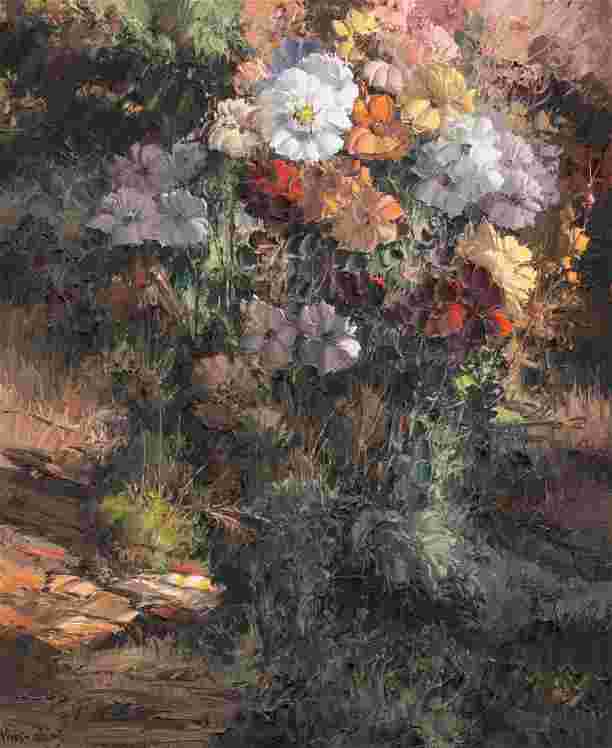 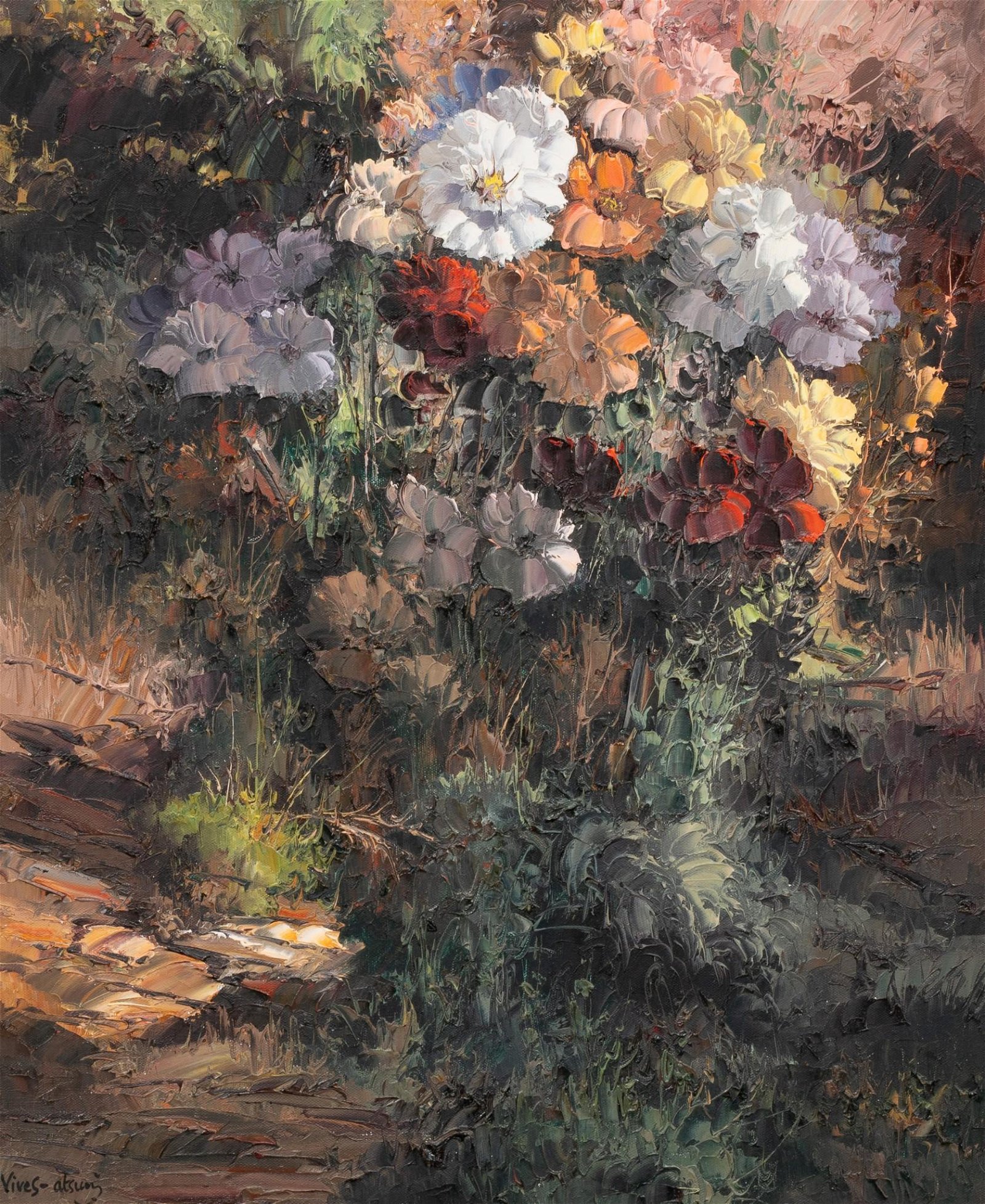 A native Spaniard, Vives-Atsara developed a love of painting at an early age, and by age 11 had committed himself to becoming an artist. He studied at Colegio de San Ramon and had his first one-person show at age 14. In 1947, he set out to move with his wife and child to the United States. The family settled in San Antonio, Texas. Vives-Atsara developed a close relationship with the Incarnate Word College, becoming, over the years, both a professor of art, and Artist in Residence. As a painter, he depicted many local scenes including San Antonio missions and the San Antonio River. For his vibrant oil paintings, he used only nine colors, mixed in a variety of ways.