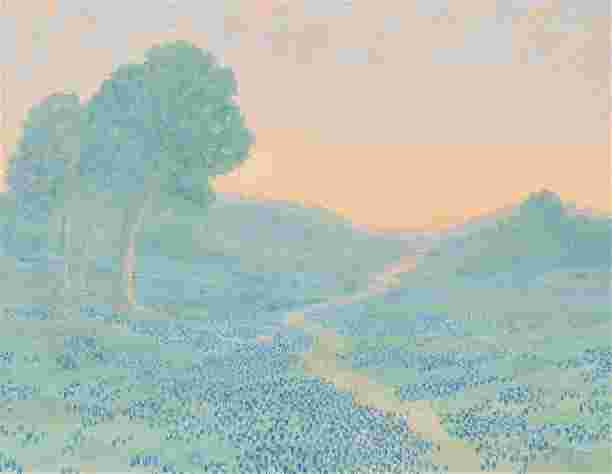 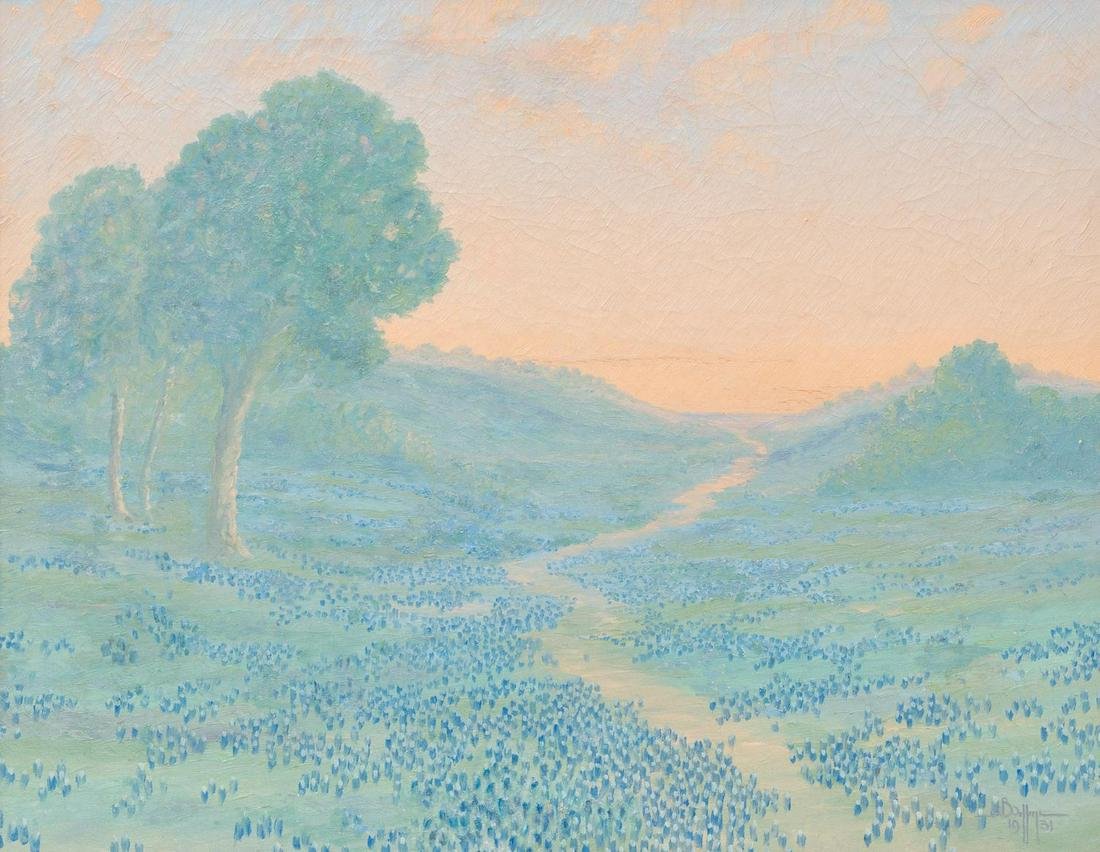 Arthur Bishop Jeffreys, 1892-1970, was born in Hillsboro, Texas. He had a mixed career as a painter and newspaper journalist. Starting late to paint in 1923, when in his early thirties, he was employed, 1942 through 1969, by one newspaper, which changed its name three times: the Tyler Morning Telegraph, Tyler Courier-Times, and Courier-Times-Telegraph. He had moved to Tyler, Texas from Dallas in 1936, and for the newspaper worked primarily as a proofreader. However, using the name Arthur Bishop, he also wrote feature articles and shorter columns.
As a young man, his destiny lay elsewhere, he was employed by the Missouri, Kansas and Texas Railway Company, apparently in Dallas, where he worked until 1918 as a road master's clerk, secretary to the chief engineer, and secretary to the general manager. Though he briefly studied in New York with Frederick Jarvis, Jeffreys was essentially self-taught. He died in Tyler, and is buried there.He was a member of the Art Students League, New York City; Chicago Art League, Illinois; Dallas Art Association; and Society of Independent Artists. His work is in the collections of the Hilton Hotel, Waco; and La Grange College, Georgia. His landscapes appeared in magazines including Holland's and Literary Digest in 1926. His 1927 painting of Charles Lindbergh's Spirit of St. Louis, autographed by the flyer, sold for $2,000 at an auction in New York City. Jeffrreys was able to make money from his similarly autographed paintings of World War I ace fighter pilot Eddie Rickenbacker, and Amelia Earhart, the first woman aviator to cross the Atlantic. Shows with Jeffreys work include the Exhibition of Texas Artists, Nashville Museum of Art, Tennessee (1927 prize); and Painters of Texas 1900-1950, Museums of Abilene (1989).