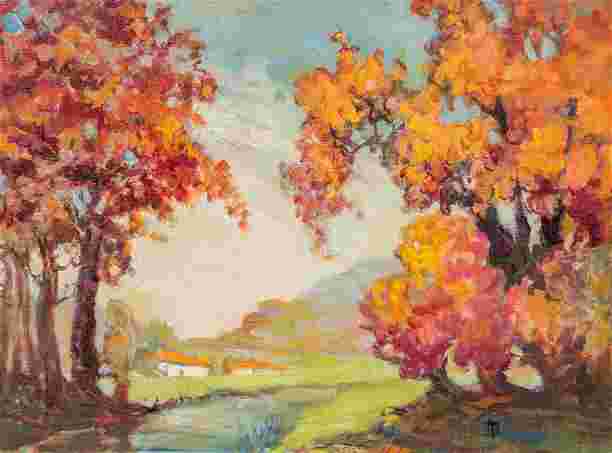 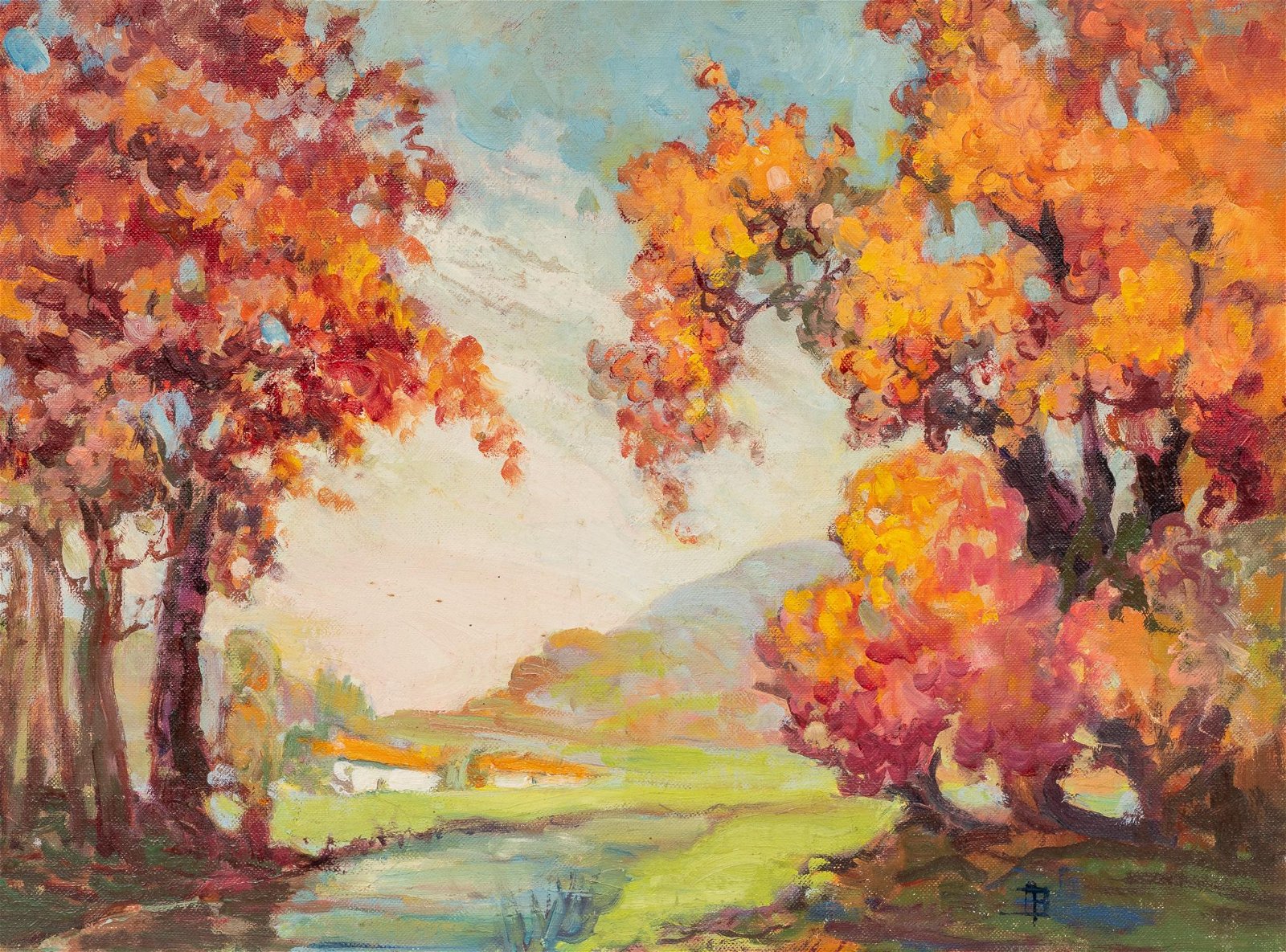 Adele Laure Brunet, born on August 10, 1871 in Austin, Texas, had early ambitions to be an artist. At the age of ten she studied watercolors with Janet Downie in Austin, and in her early teens she won a blue ribbon at the San Antonio Fair. Brunet later studied at the University of Texas and taught at Kenilworth Hall, a girls school in Austin.In 1914 Brunet and her sister Josephine left Texas for Paris, but landed in New York because of the war in Europe. She remained in New York for 13 years finding work as a costume designer and illustrator. She eventually studied at the Art Students League and spent one summer at the Art Institute of Chicago. She studied portraiture in New York with Henry Rittenberg and started receiving commissions from Texas patrons.In 1927 the artist moved to Dallas where she continued to sketch, paint and teach at artists camps. Throughout the 1930s and 1940s Brunet spent her summer and fall months in New Mexico. Brunet also began to exhibit beginning with a one-person show in San Angelo in 1927 and numerous group shows including Southern States Art League, Museum of New Mexico-Santa Fe, Societe des Artistes Francais-Paris, Fort Worth Museum of Art and the Federation of Dallas Artists. The artist died May 21, 1963 in Dallas.

Pin-holes in canvasboard; one at center, one at bottom corner