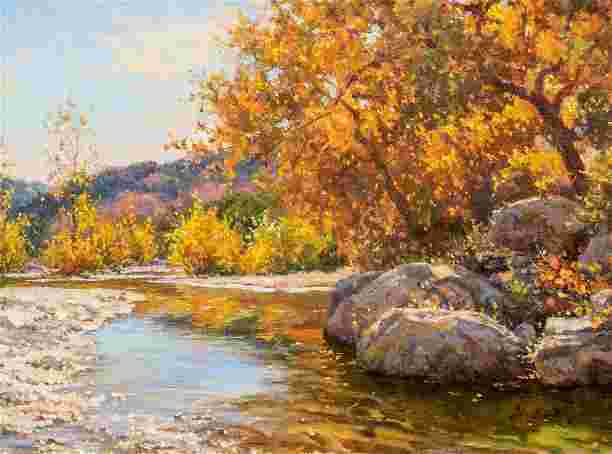 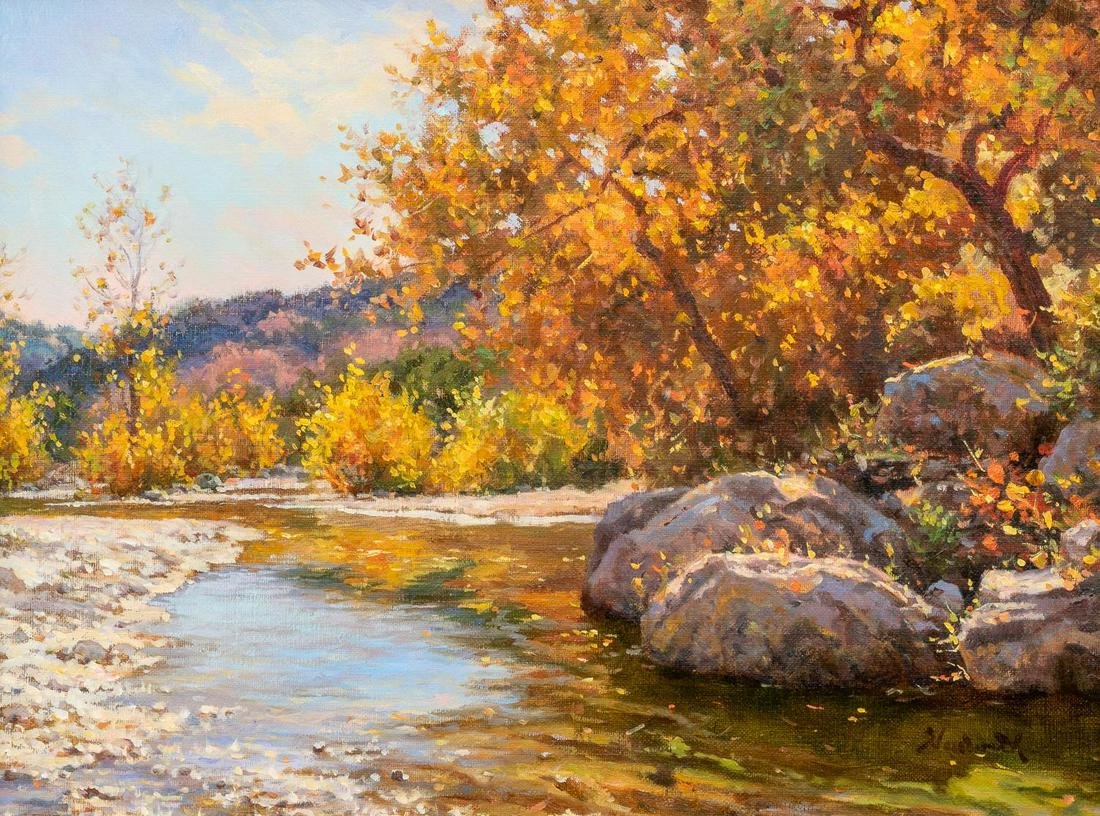 Born and growing up in Houston, Texas, Mark was encouraged by his family to artistic expression. Music and art became his main focus and Mark entered Sam Houston State University as a music major. During this time, Mark met Glenn Bahm, a portrait artist who ignited his curiosity in painting and it took center-stage in his life. He studied the style, color and technique of masters such as Julian Onderdonk, Isaac Levitan, George Inness, and Willard Metcalf. These painters inspired his own artistic temperament and outlook leading him to change his major to art. He graduated with a BFA degree in 1977.

Inspired by the scenery and quality of the silvery light of the Texas Hill Country, Mark moved to Fredericksburg Texas in 1983 where he lived for 33 years. Today Mark calls Austin, Texas his home since the first of 2017. For the past 40 years he has participated in numerous one man and group gallery shows, as well as in museum exhibitions, throughout the country.

In 1991 the John F. Kennedy Center for the Performing Arts in Washington D.C. invited Mark's participation in showing one of his paintings in their "Texas Festival" celebrating the Arts of Texas. He was selected for the top 100 in the nationally recognized 2005 "Arts for the Parks" and the top 200 in 2006. In 2007, Mark won the Best of Showâ€šÂ¬ and in 2009, the Artists Choice awards at the Briscoe Western Art Museum Night of Artists show in San Antonio, Texas. He was a Guest Artist at the 2009 Maynard Dixon Country invitational show in Mt Carmel, Utah. Mark has been featured in American Artist, Art of the West, Southwest Art, and Western Art Collector magazines . His painting El Mercado was featured on the front cover of the March 2009 issue of American Artist magazine and the April 2012 cover of Western Art Collector featuring his painting "Desert Spring". He placed second in landscape at the ARC International Salon in 2013. Haworth is represented by InSight Gallery in Fredericksburg Texas and Collectors Covey in Dallas Texas.