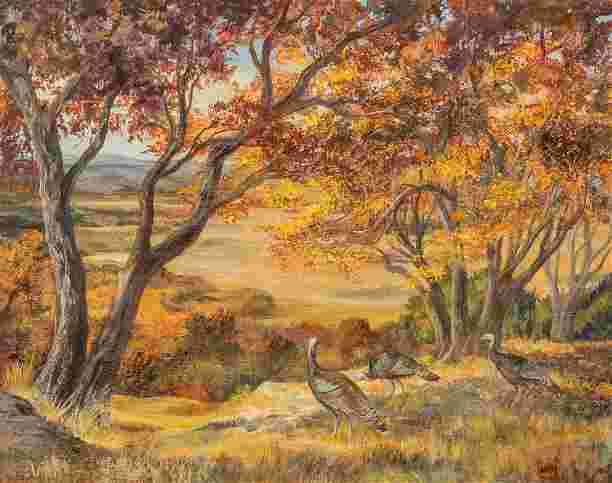 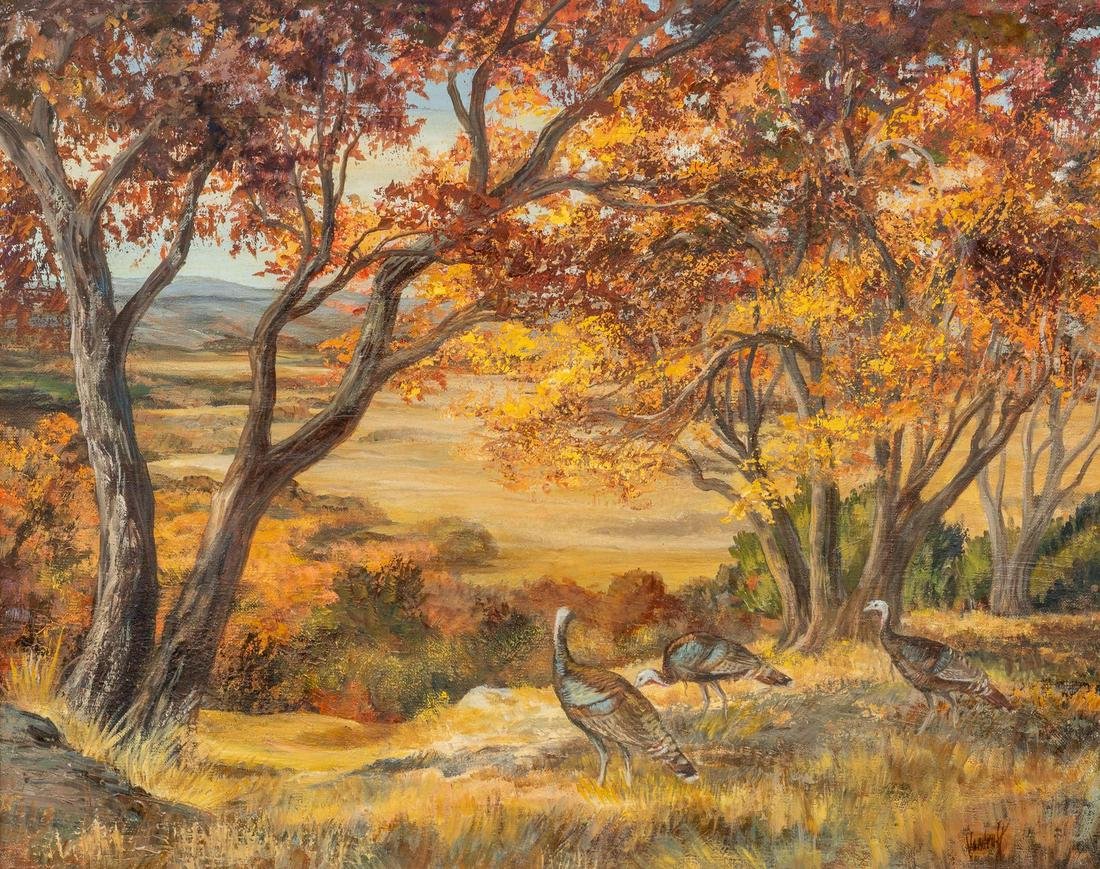 Born at Martin's Ferry, Ohio, on 17 April 1908, to Ross and Mayme Buskirk Vandruff, Olive Freda Vandruff spent much of her childhood traveling in the Southwestern United States with her mining engineer father and her mother. Largely self-taught, Vandruff felt she received her artistic leanings from her father and grandfather. "Daddy and his father were artistically talented. They painted, but not professionally," she remembered in a 1963 interview for the "Amarillo Globe-Times".

Vandruff moved to San Antonio in the 1931 where she became an assistant to sculptor Pompeo Coppini and worked as a commercial artist. She considered Texas her home. About 1937 she married the engraver Charles F. Anderson, and with him ran an engraving business in San Antonio until the mid-1940s. Vandruff then studied with the painter Edmund Giesbert at the University of Chicago from 1946 to 1948. She also studied with Chicago sculptors Elisabeth H. Hibbard and Frederick C. Hibbard in the mid 1940s, eventually becoming an assistant to them. She returned to Texas around 1950 where she operated a sheep ranch near Kerrville and began to paint easel paintings.

While in the Hill Country she became a renowned painter of animals and birds, "find[ing] it fascinating to capture €Â¦ the aspects of nature whether it is feathers or fur." Vandruff was often commissioned to paint "portraits of cutting horses, quarter horses, registered cattle and the headquarters of famous ranches," as well as pets: As she recalled, "I painted pooch portraits, cats and brats."

By 1953, she had already had six solo exhibitions at San Antonio, Houston, and Bandera, Texas, and in Miami Beach, Florida, and Chicago. Vandruff also exhibited at the Witte Museum's "Local Artists Show" in San Antonio and the "Houston Vicinity" exhibition, as well as with the Coppini Academy of Fine Arts. She met Western artist H. D. Bugbee of Clarendon, Texas, in 1960, during the preparations for a Coppini Academy exhibition. Vandruff and Bugbee married the following year and she relocated to Clarendon. She and Bugbee had a two-person exhibition at the Panhandle Plains Historical Museum in 1961.

Upon Bugbee's death in 1963, Vandruff succeeded him as curator of art at the Panhandle-Plains Historical Museum until her retirement in 1982. She also taught art at West Texas State University (now West Texas A & M University). After retiring, Vandruff still volunteered at the Museum, driving the 150-mile round trip from Clarendon nearly every day until November 2002. As a volunteer, Vandruff worked in nearly all Museum departments, most recently in the Museum's Research Center, cataloguing photographs.

Vandruff also acted as custodian of the Bugbee Ranch, founded northwest of Clarendon in 1913 and part of which is now covered by Lake Greenbelt. With its two-story Prairie-style home Bugbee Ranch may be unique in the state of Texas. Vandruff worked in several media, including pastel, watercolor, casein, and oil. The Baker Gallery in Lubbock and the Canyon Art Gallery handled her work in the Panhandle.

Vandruff's paintings are found in public and private collections across the United States. Among her patrons were former President Lyndon B. Johnson and Texas governor Dolph Briscoe, and Amarillo oilman L. R. Hagy. Her public commissions consist of murals in Texas and Oklahoma, including a mural of Palo Duro Canyon for the First National Bank of Amarillo (now Banc of America). In 1976, she was included in the landmark exhibition, "The Woman Artist in the American West, 1860-1960," in Fullerton, California. Recently, she was included in the "Dictionary of Texas Artists, 1800-1945", published by Texas A & M University Press and "Women Artists of the American West" by Phil Kovinick and Marian Yoshiki-Kovinick.

Vandruff felt that art "is employed in almost every object" and it "might be the individuality expressed in almost any work, whether it be a painting or a house." Olive Vandruff died 4 January 2003.