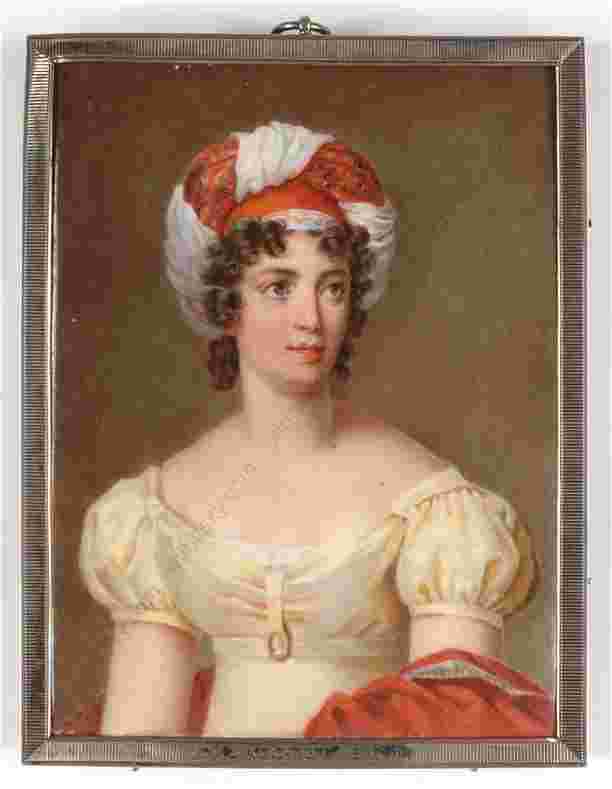 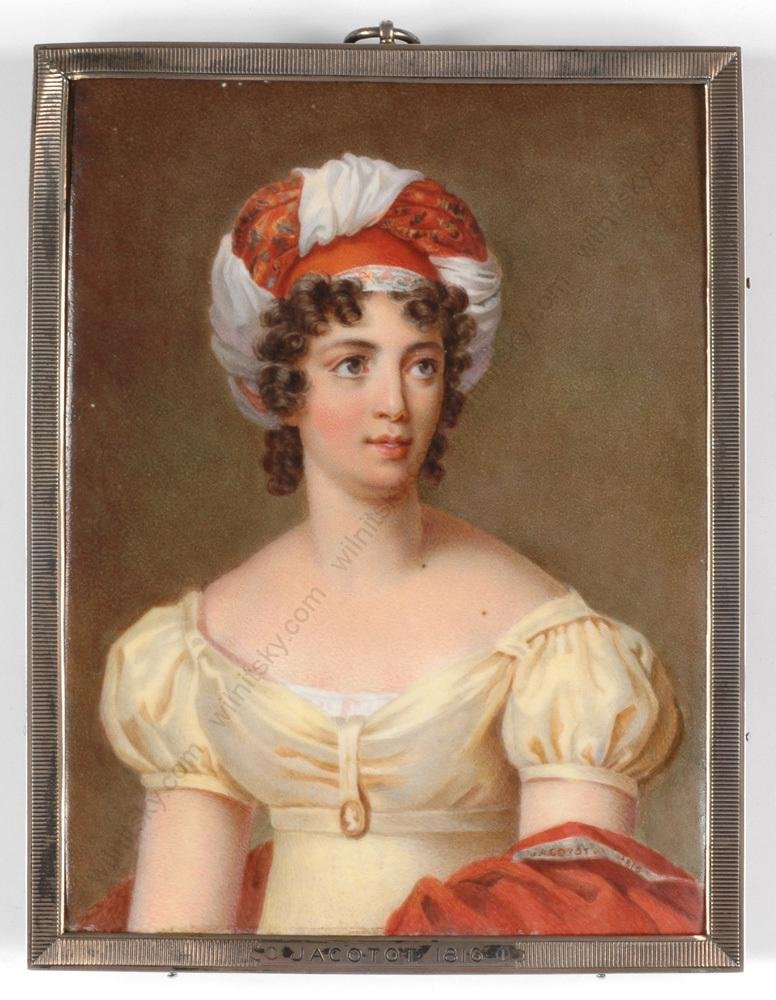 The engraved on the silver frame name of the author of this wonderful porcelain painting, Jacotot, could have been erroneously written that of the very well known Parisian porcelain painter - Marie-Victorine Jaquotot (1772-1855), who sometimes signed her works with "Jacquotot".

A quote from the famous novel "A woman of thirty" by Honore de Balsac reads: "The air was full of the scent of rare flowers in Sevres, porcelain vases painted by Madame Jacotot, tiny South American birds, like living rubies, sapphires...".

Marie-Victorine Jaquotot was born in 1772 in Paris and died in 1855 in Toulouse. She was a student and a second wife (out of three!) of Parisian miniaturist and porcelain painter Etienne Charles Le Guay (see our additional images). Of almost legendary beauty but despotic and presumptuous, she turned Le Guay's life into hell. She finally divorced him in 1810, seven years after giving birth to her only son, Philippe, the fruit of her passionate but ephemerous affair with the 21-years young architect Jean Comairas, who was then over ten years her junior. She finally married a stock holder, J. Pinet. Extremely successful as a miniaturist on both iv0ry and porcelain, she was favoured by both King Louis XVIII and King Charles X who appointed her Peintre du cabinet and subsequently Premier peintre sur porcelaine, du Roi et de la Manufacture de Sevres. In 1830 she fell from grace; even her privilege to help herself in the Louvre and borrow original paintings, often for years, in order to copy them in her studio, was withdrawn. She worked at Sevres until 1842 and took part at the Salon exhibitions from 1810 mainly with painted on porcelain copies after Old Masters and portraits of members of high society. She was also active as a teacher of porcelain painting.