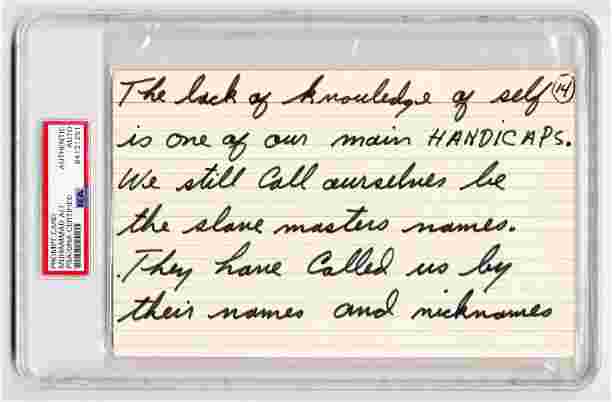 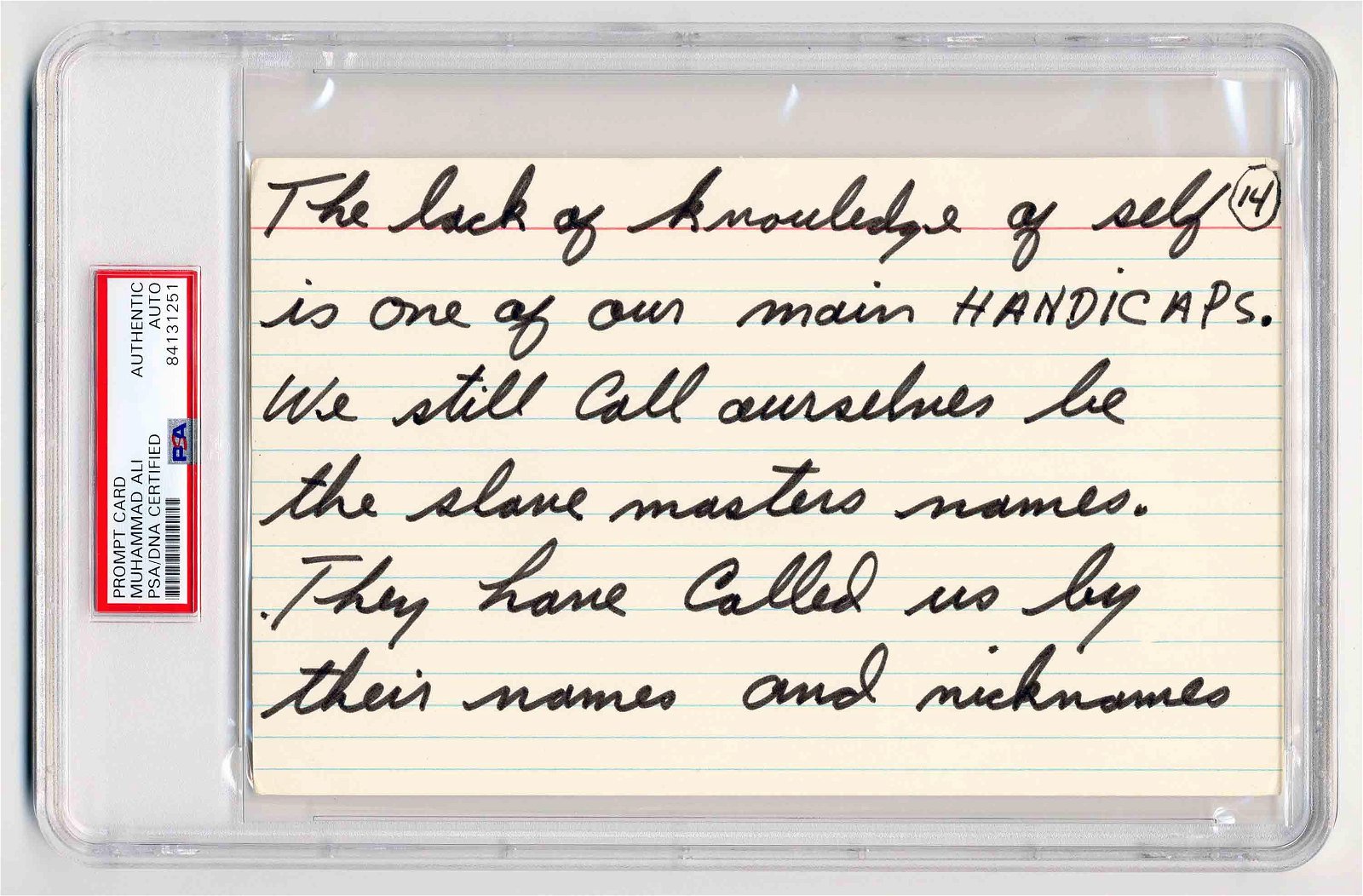 In the fourteenth prompt card of an unknown speech, Muhammad Ali wrote in full:

is one of our main HANDICAPS. /

We still call ourselves b[y] /

They have called us by /

their names and nicknames."

While Ali is best remembered for his championship boxing career, he was also a man of many causes. Ali's conversion to Islam in the late 1950s informed his refusal to serve in the U.S. military following the mandatory Vietnam War draft. An increasingly visible symbol of pacifism as well as the Civil Rights and Black Power movement, Ali became a popular choice for college and university speaking engagements as well as rallies. This prompt card, entirely written in Ali's clear and fluid handwriting, was almost certainly used by him at one such event.