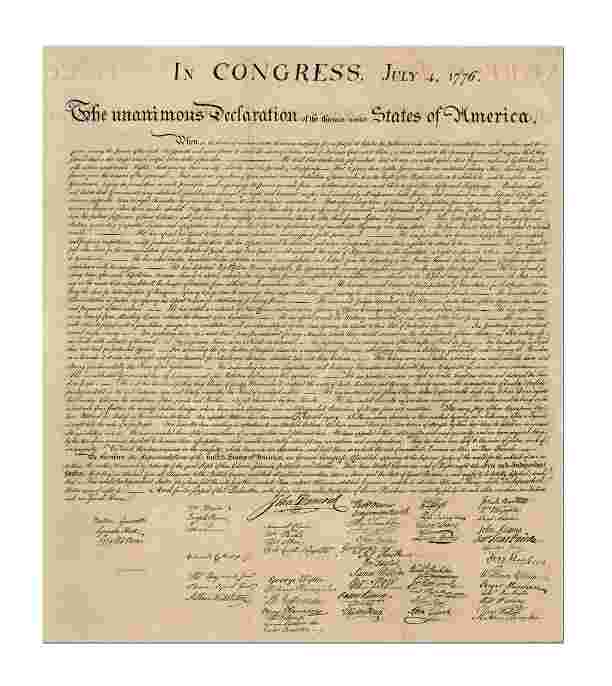 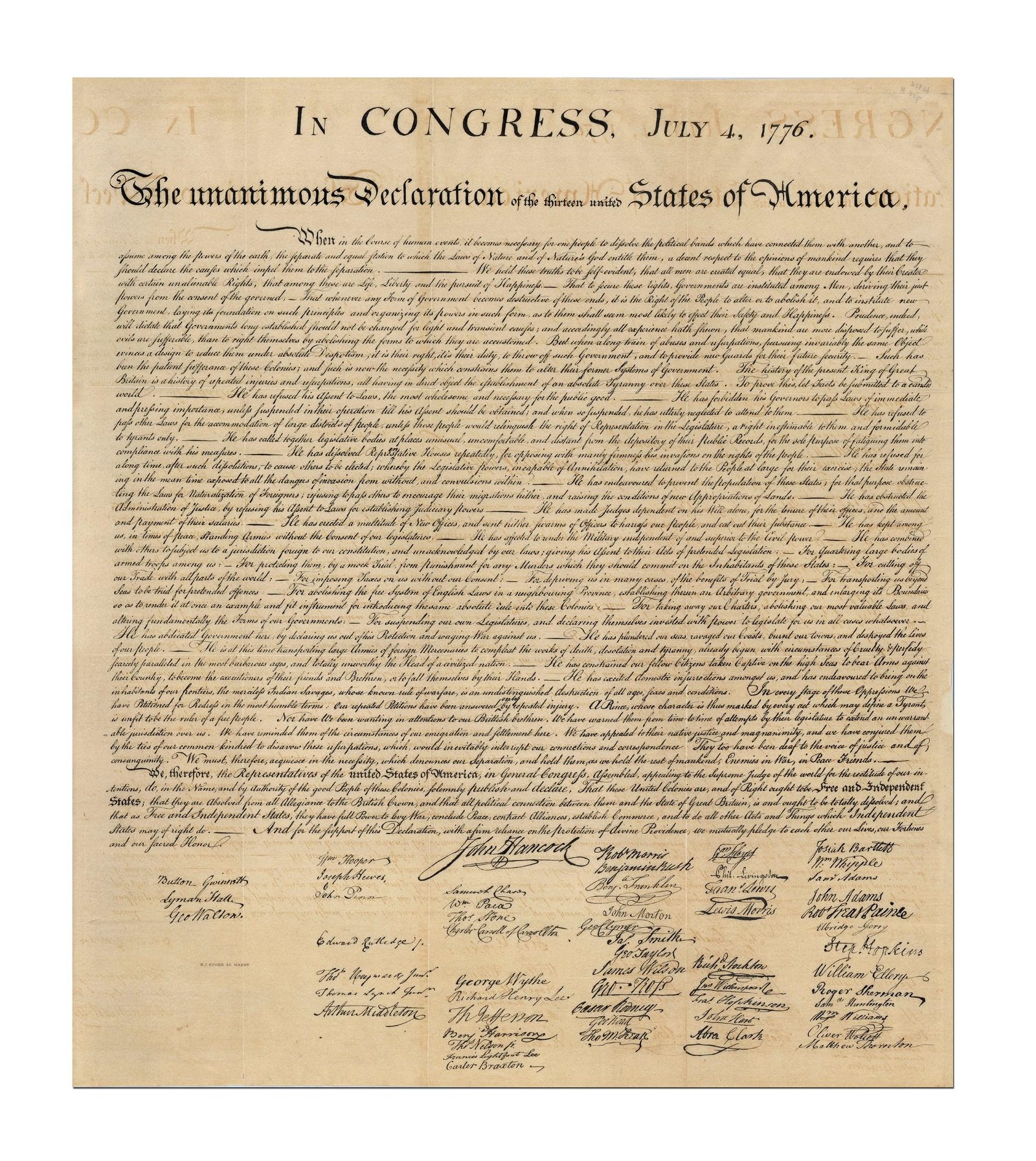 Rare Force Engraving of the Declaration of Independence Printed in 1848

The Peter Force engraving of the Declaration of Independence, with remarkably exact renditions of the signers’ hands. One of the best representations of the original manuscript Declaration, perhaps as few as 500 copies issued. Broadside: "The Unanimous Declaration of the Thirteen United States of America." [Washington: M. St. Clair Clarke and Peter Force, 1848,] 1p. 26" x 29", copperplate engraving on thin rice paper.

By 1820 the original Declaration of Independence (now housed at the National Archives in Washington, D.C.) showed serious signs of age and wear from handling. John Quincy Adams, then Secretary of State, commissioned William J. Stone to engrave an exact copy of the original onto a copper plate. In 1823, Congress ordered 200 official copies printed on vellum. Fewer than 40 of Stone’s printing on vellum are known to have survived, with at least 21 of those housed in institutions and public collections. “These copies are characterized by the legend engraved in the left superior portion of the document which reads, ‘ENGRAVED BY W.I. STONE for the Dept. of State by order,’ and on the right superior portion ‘Of J.Q. Adams, Sec. of State July 4, 1823.’ This legend was removed after the parchment copies were struck and in the lower left quadrant, the engraver placed his name, ‘W.J. Stone, SC WAShnn" (Coleman, 98).

All subsequent exact facsimiles of the Declaration descend from the Stone plate. In 1843 Congress commissioned Peter Force to compile and publish The American Archives. Perhaps using the Stone’s original plate at first, but then most likely a copy plate, Force prepared prints of the Declaration of Independence on special thin rice paper. Congress authorized the printing of 1500 copies of American Archives, but subscriptions for the elaborate edition were disappointing, and in the end many fewer copies—perhaps only 500—were issued. Most, including this copy, were folded and bound into Volume I, Series Five, published in 1848.

Rare Force Engraving of the Declaration of Independence