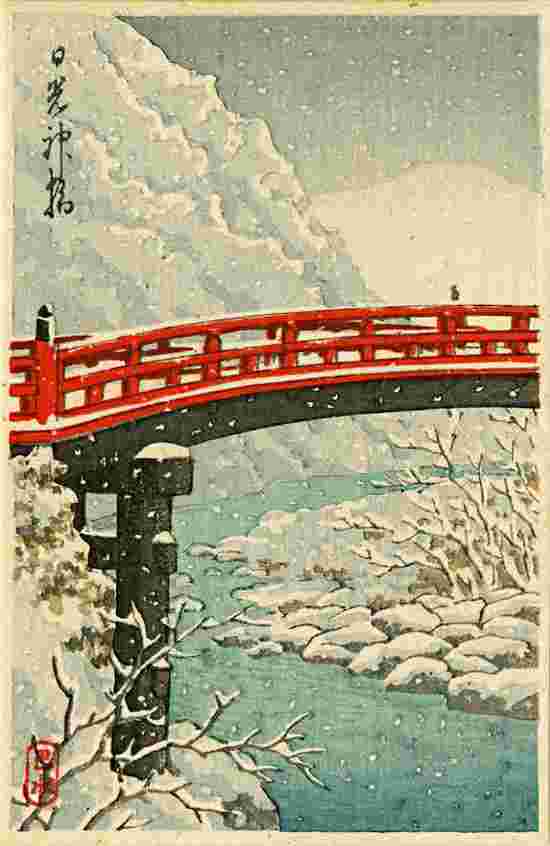 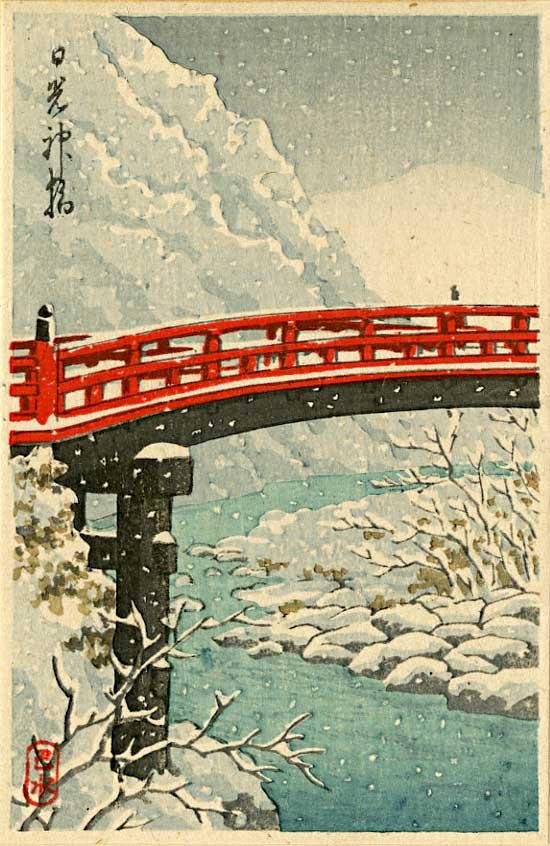 COMMENTS: The shin hanga publisher Watanabe produced small prints in three differnt formats: octavo, postcard and koban. Collectively they are referred to as Hasui's postcard prints. They were marketed first in Watanabe's 1931 sales catalog. All of the postcard sized prints were unsigned and carry only the Hasui 9 or 10 seals (as found in Appendix III of Kawase Hasui: The Complete Woodblock Prints.) They do not bear the Watanabe publisher's seal.

KAWASE HASUI (1883-1957) was a Japanese woodblock print maker in the early 20th century. He and Hiroshi Yoshida (1876-1950) are widely regarded as two of the greatest artists of the shin hanga style, and are known especially for their excellent landscape prints. During the forty years of his artistic career, Hasui worked closely with Watanabe Shozaburo (1885-1962), publisher and advocate of the shin hanga movement. His works became widely known in the West through American connoisseur Robert O. Muller (1911-2003). In 1956, he was named a Living National Treasure in Japan.

Hasui worked almost exclusively on landscape and townscape prints based on sketches he made in Tokyo and during travels around Japan. However, his prints are not merely meisho (famous places) prints that are typical of earlier ukiyo-e masters such as Hiroshige and Katsushika Hokusai (1760-1849). The prints of Hasui feature locale that are tranquil and obscure in the then-urbanizing Japan. The dreamlike quality in his designs epitomizes a yearning for the past and a preservation of the past in the midst of rapid modernization.

Fine, no flaws, tipped at top margin to the original backing card