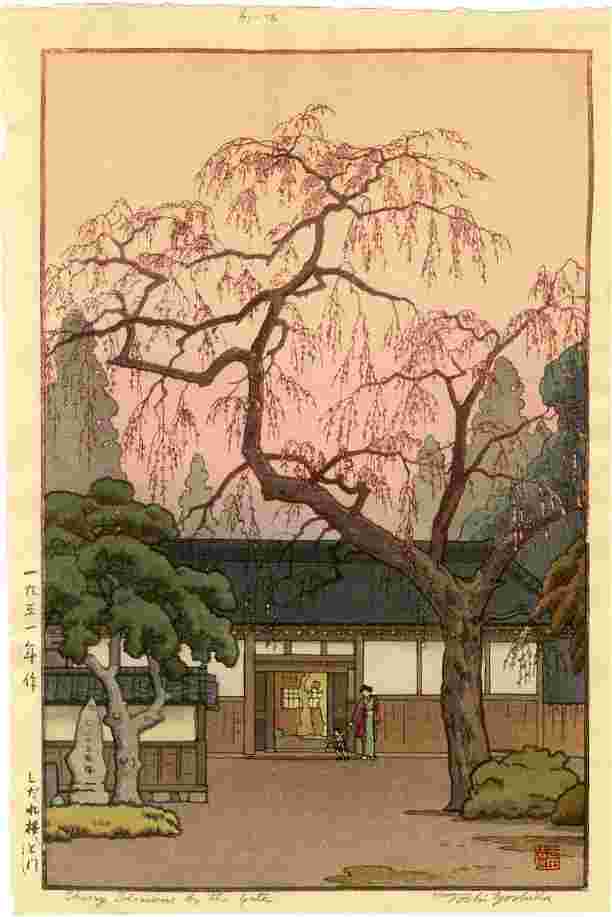 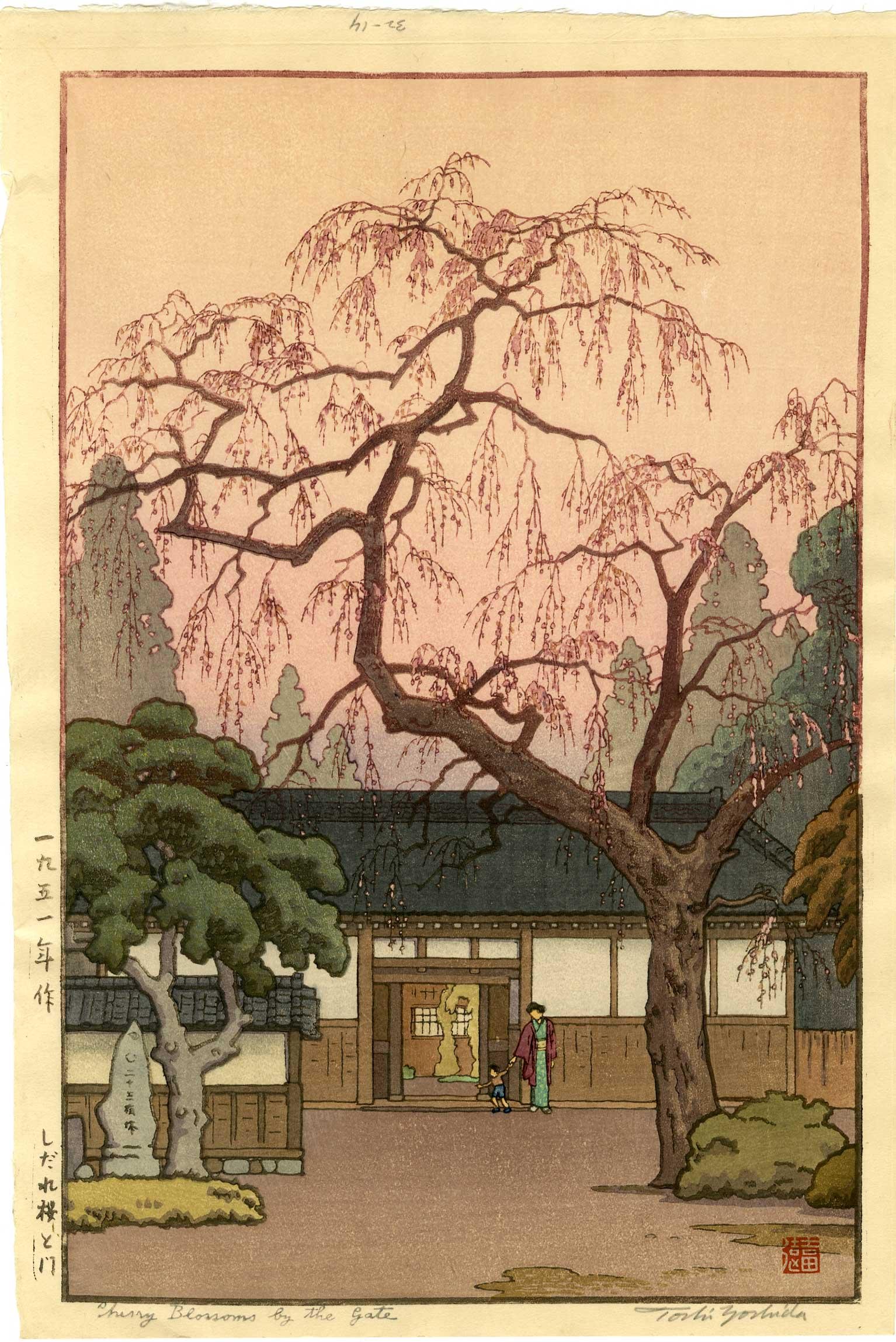 TOSHI YOSHIDA was the eldest son of Hiroshi Yoshida (1876-1950) who began teaching him when he was fourteen. At an early age he absorbed the techniques of old-style woodblock printing from the artisans in his father's studio. He studied from 1932 to 1935 at the Taiheiyo-Gakai (Pacific Painting Association) which had been co-founded by his father. Before the Pacific War he traveled widely with his father in Asia, Europe, Egypt and the USA. He continued to travel on his own, especially in Mexico, the USA and Canada and Africa. He remained in his father's studio until Hiroshi's death in 1950 and ran the studio afterwards.

His early works, such as Tokyo at Night - Supper Wagon, 1938, are very close to his father's and he continued in his father's naturalistic style up to the 1950s. In 1952 he began to make larger abstract prints in the sosaku hanga manner without the help of his workshop. From the early 1960s he returned to representational art but this time on a larger scale, concentrating on scenes of wildlife in its natural habitat, especially in Africa. In 1984 he published the first of many illustrated children's books on African wildlife (Dobutsu Ehon Shirizu) which have continued up to the early 1990s. In 1966 he published a book together with the artist Yuki Rei, Japanese Print Making: A Handbook of Traditional and Modern Techniques, which has been influential throughout the printmaking world. His workshop has continued to produce reprints of his father's, and his own early prints.

The death of Hiroshi in 1950 marked Toshi's total (but not permanent) break from his past and naturalism. In 1952, Toshi began a series of abstract woodcuts, influenced by his brother, Hodaka Yoshida (1926-1995). In 1953, Toshi traveled to the United States, Mexico, London and the near East. He made presentations in thirty museums and galleries in eighteen states. From 1954 to 1973, Toshi made three hundred nonobjective prints. In Toshi's own words â€œ...it was an easy â€“ I suppose inevitable â€“ step to abstraction, but it was a step my father could never approve. Still I could not ignore the movement of the times and I began to break away from my former realistic approach two or three years after the war.”

VG, no flaws of note