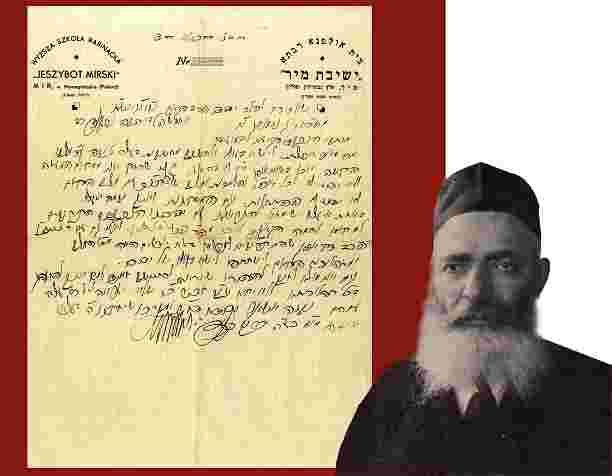 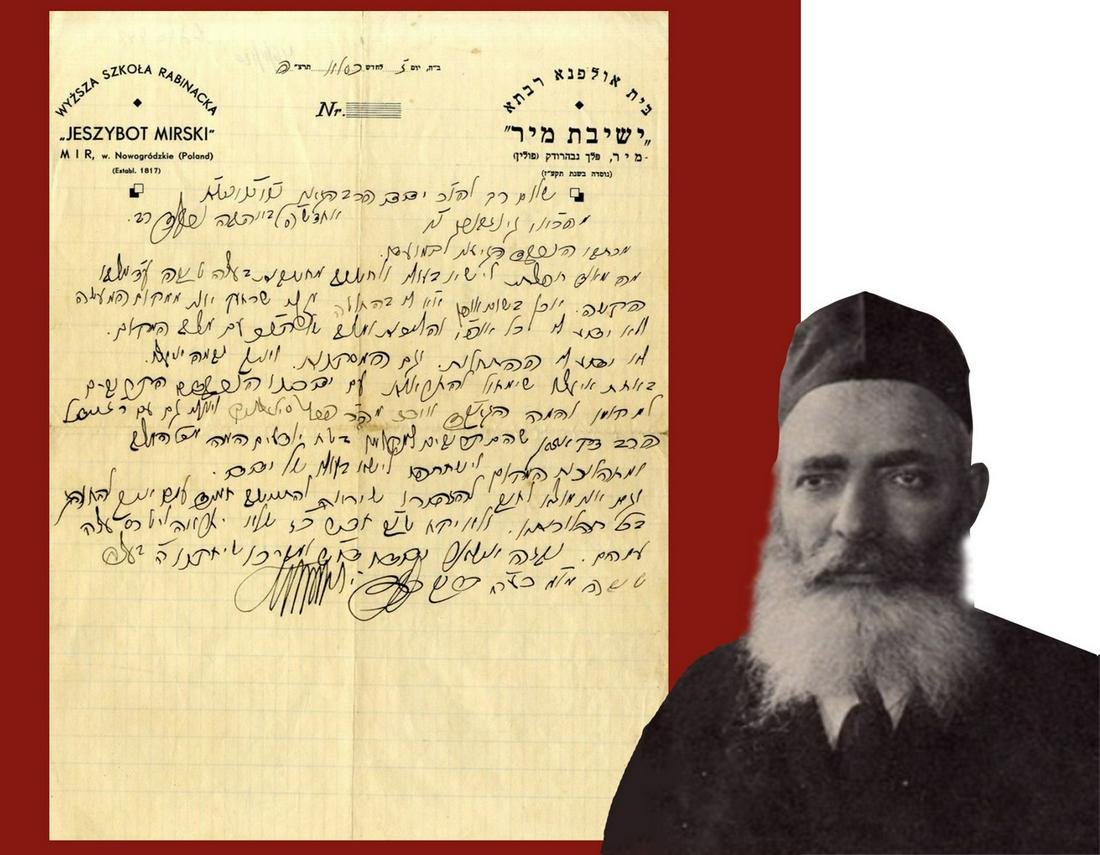 Lengthy, important and interesting letter from the mashgiach - the gaon and tzaddik Rabbi Yerucham Levovitz of Mir, to the gaon Rabbi Avraham Yitzchak Ginzburg, with respect to a conflict with his community members. Mir, 1935.

The gaon Rabbi Avraham Yitzchak Ginzburg appealed to Rabbi Yerucham with a request for counsel and guidance regarding a conflict with members of his community, mainly with the ritual slaughterer. Rabbi Yerucham, who was one of the rabbinic leaders of the generation, indeed attended to the issue and sent two important rabbis to the city, the rabbi of Kazan and another rabbi named in the letter, in order to settle the conflict. The mashgiach also gives practical advice in his letter regarding how to calm the atmosphere.


Rabbi Yerucham Levovitz [1874-1936] was one of the leading mashgichim and mussar personalities. He was a protege of the Slabodka and Kelm schools of thought. His teachers were Rabbi Natan Tzvi Finkel (the "Alter of Slablodka") and Rabbi Simchah Zissel Ziv (the "Alter of Kelm"). He served as mashgiach in several yeshivahs, including the Chafetz Chaim's yeshivah in Radin. He was later appointed by Rabbi Eliezer Yehudah Finkel to serve as spiritual dean of the Mir yeshivah, a position he held for decades. Rabbi Yerucham was actually considered something of a 'Lithuanian Admo"r' and was even referred to by his disciples using the description 'Admo"r.' His status in most cases was higher than that of the rosh yeshivah in the yeshivahs in which he served. The renowned mashgiach Rabbi Yechezkel Levenstein would stand on a bench and crowd together with his students to hear Rabbi Yerucham's discourses at the Mir yeshivah. His disciples include rabbinic leaders of recent generations: Rabbi Shlomo Harkavi - mashgiach of Grodno; Rabbi David Povarsky; Rabbi Chaim Shmuelevitz; Rabbi Yechiel Michel Epstein; Rabbi Shlomo Wolbe - in the preface to his book
Alei Shor , Rabbi Wolbe writes, "Rabbi Yerucham revived me from actual spiritual death"; Rabbi Zalman Rottenberg, rosh yeshivah of Beit Meir; Rabbi Shmuel Rozovsky, rosh yeshivah of Ponovezh, and many more.