Lengthy and Interesting Letter in the Hand of Rabbi 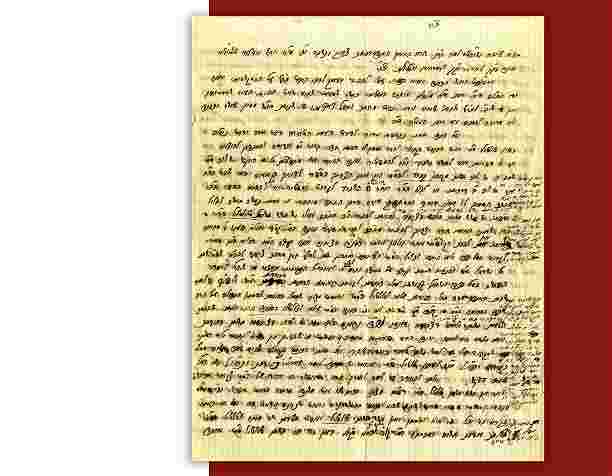 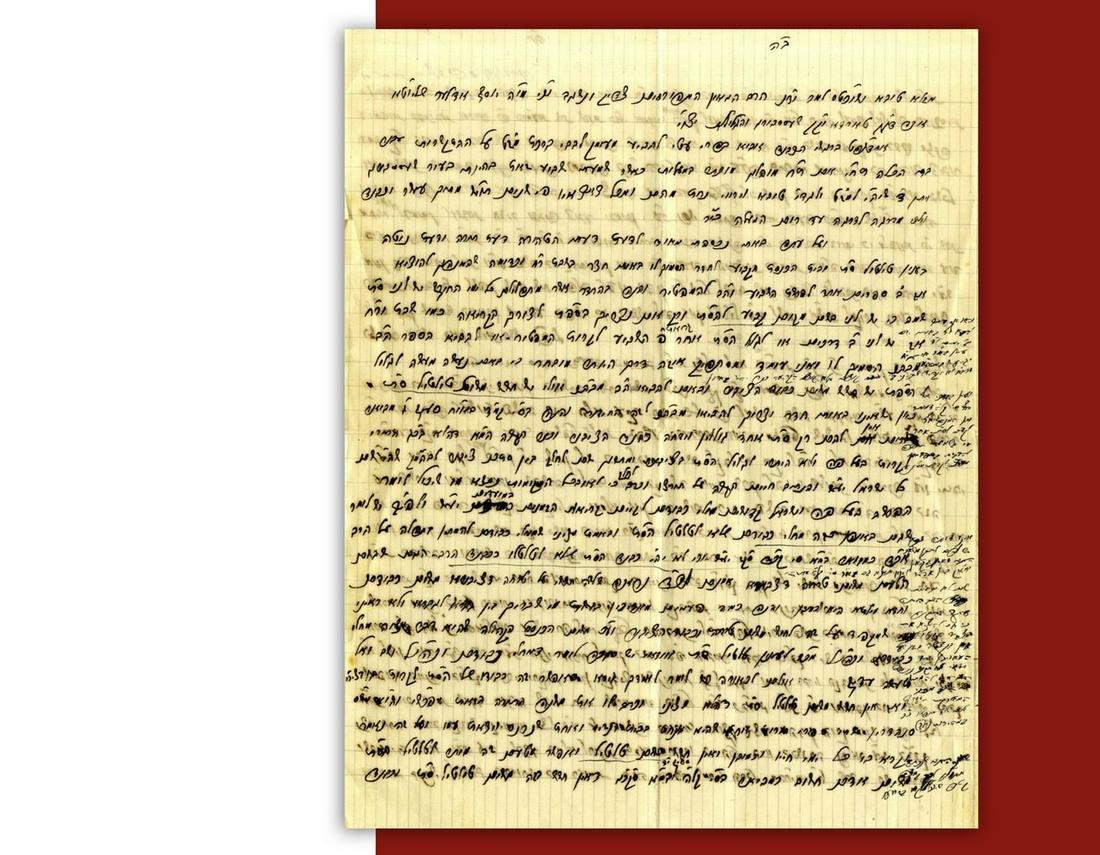 Important and extremely interesting letter: That it is worthwhile for a person to be happy about a loss in a din Torah (rabbinic court case), because this constitutes a rectification for earlier incarnations(!) - by the gaon Rabbi Shemayah Lowe, Av Beit Din of Sokoli Kerestir, to the gaon Rabbi Yosef Adler, Av Beit Din of Turda and Shesburg. The gaon of Turda's responsum is at the letter's conclusion. Kerestir-Turda, 1939.

The first part of the letter is a halachic responsum about carrying a Torah scroll from a synagogue to a nearby room. Rabbi Shemayah Lowe flourishes his pen, demonstrating his great prowess and command of all realms of the Torah.
The second part of the letter is focused on a rabbinic court case in which the gaon of Turda was involved, and the decision was apparently not in his favor. Rabbi Shemayah attacks the decision with very harsh words. However, he continues, saying that given that the dayanim are great people, "Our uncle, the great luminary, the rabbi of the Jewish people, in Nassod" - and then he continues on with his praises for another, one of which is that he comes from prestigious lineage. Another dayan (named in the letter) beloved by Chassidim, is considered a true Talmudic scholar with fear of Heav-n. Therefore, alongside much apology for his words, with emphasis that it is only with love he is writing these words, Rabbi Shemayah recommends that he not oppose the ruling. He explains this extensively, based on the words of the rabbi of Shinowa, and as brought in the Zohar , that when a person is found accountable in a rabbinical court case, although he knows that he is innocent, this is a matter contingent on earlier incarnations! Rabbi Yosef Adler's responsum is at the letter's conclusion. There are many comments between the lines, also by the gaon of Turda. However, they all relate to the halachic subject. With regard to the second, personal, part the gaon of Turda comments not one word.

Rabbi Shemayah Lowe [killed in 1944, may his blood be avenged] was the Av Beit Din of Sokoli Kerestir, son of the tzaddik Rabbi Asher Zelig of Urisor, son of the gaon Rabbi Mordechai Yehudah Lowe, Av Beit Din of Entradam. His mother was a daughter of the renowned gaon Rabbi Yehudah Greenfeld, Av Beit Din of Semihai. Rabbi Shemayah was the father of the renowned gaon and tzaddik Rabbi Moshe Aryeh Lowe of Temeswar, and from him branched out the famous Lowe family of community leaders in London and in Vienna.

Rabbi Yosef Adler [d. 1977] was the Av Beit Din of Turda and Shesburg. He was among the leaders of Romanian Jewry, president of the Orthodox Bureau there and member of the Council of Torah Sages in the Land of Israel. His Torah thoughts were printed in Bnei Shemayah in three parts (Shu"t, al Torah and sermons).

Lengthy and Interesting Letter in the Hand of Rabbi