Rare Letter from the Great Rosh Yeshivah, the Author of 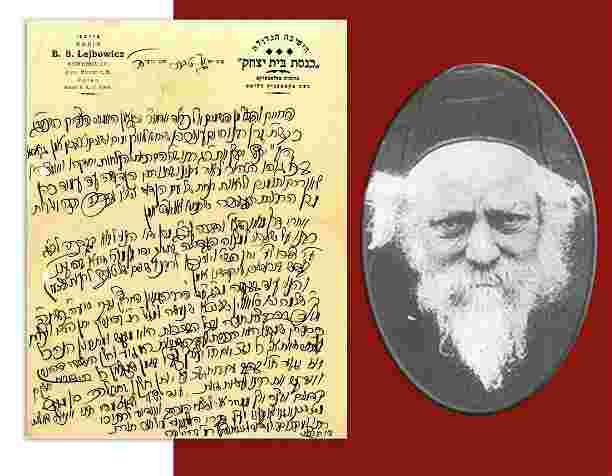 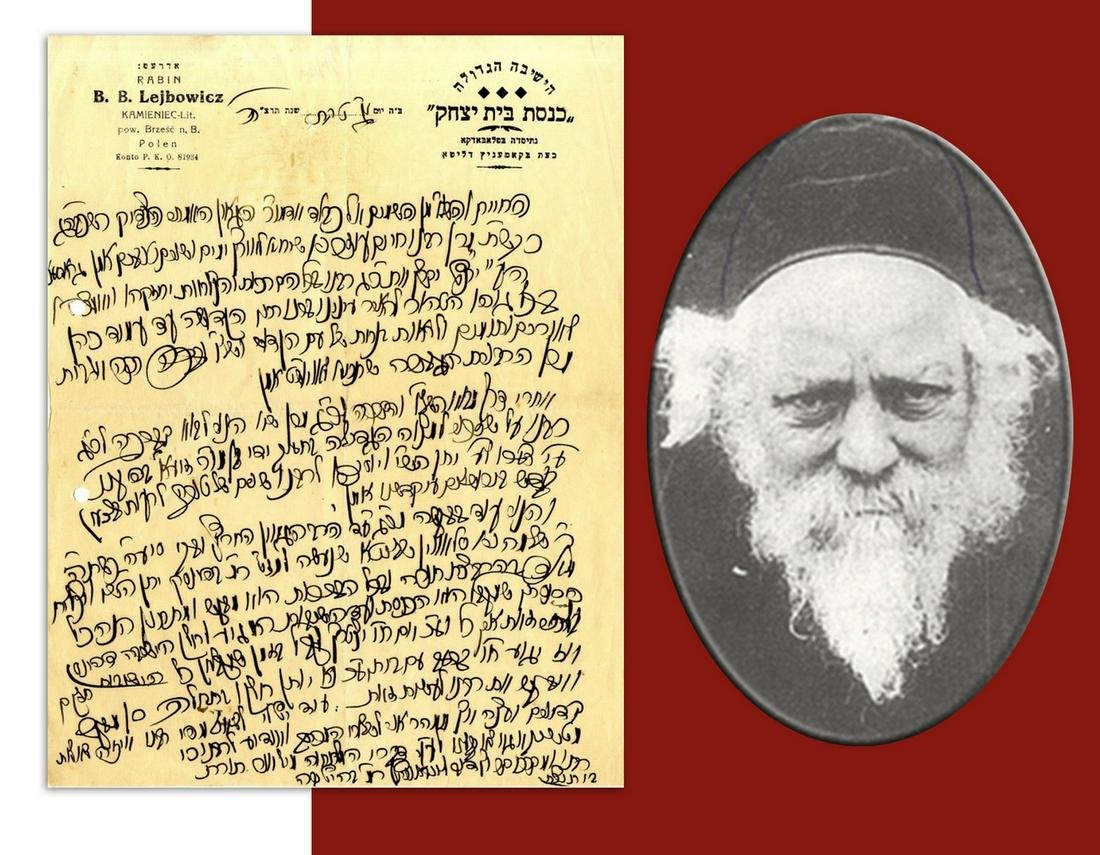 In his letter, the "Birkat Shmuel" requests that Rabbi Chaim Ozer help a prominent avreich named Slaven who has been appointed as a lecturer at the Pinsk yeshivah [apparently this is referring to the gaon Rabbi Shlomo HaLevi Slaven, author of
Divrei Shlomo , who was later the rosh yeshivah of Yeshivat Beit Yisrael - Karlin, which was in a suburb of Pinsk].


The Birkat Shmuel, with his sharp perception, quickly discerns that the subject of discussion is a man of great stature, a person fitting to recommend to the rabbinic leaders of the generation. In his letter, he goes out of his way to use all his renowned powers of persuasion and explanation so that the avreich would be advanced in the distribution of the stipend: "All the sustenance he receives is the income from the Va'ad HaYeshivot which is given to some at the Pinsk yeshivah, without this, there is nothing ... if, Heaven forbid, he will need to receive ... he will die of hunger along with his family, so please give him his portion at the beginning."


The Birkat Shmuel opens his letter with appropriate expressions of respect for Rabbi Chaim Ozer, who the Chafetz Chaim himself referred to as the "President of the Jewish People." Rabbi Baruch Ber writes as follows: "May Hash-m bless his honor the rabbi with all blessings and success, strengthen him in his entire pure body to illuminate our eyes with his holy Torah." He concludes: "Words of he who bows down before the light of our rabbi's Torah and blesses him, Baruch Dov Levovitz, lecturer at the Beit Yitzchak yeshivah.


Rabbi Baruch Ber Levovitz [1870-1940] was one of the leading disseminators of Torah in his generation. He led the Beit Yitzchak yeshivah in Slobodka, which moved to Vilna and then to Kaminetz. Rabbi Baruch Ber was a leading disciple of Rabbi Chaim HaLevi of Brisk. He authored the book series
Birkat Shmuel , which is among the foundation blocks of yeshivah study to this day.

Rare Letter from the Great Rosh Yeshivah, the Author of