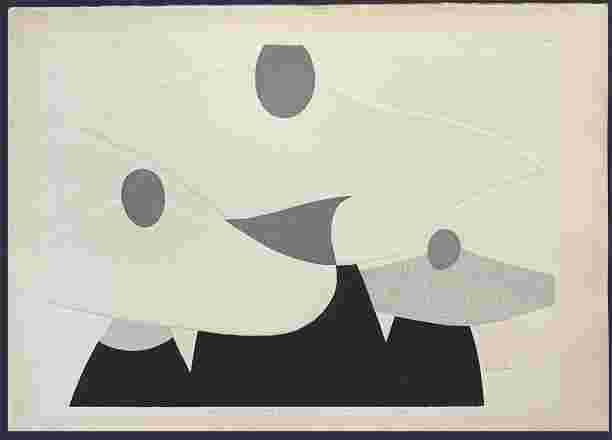 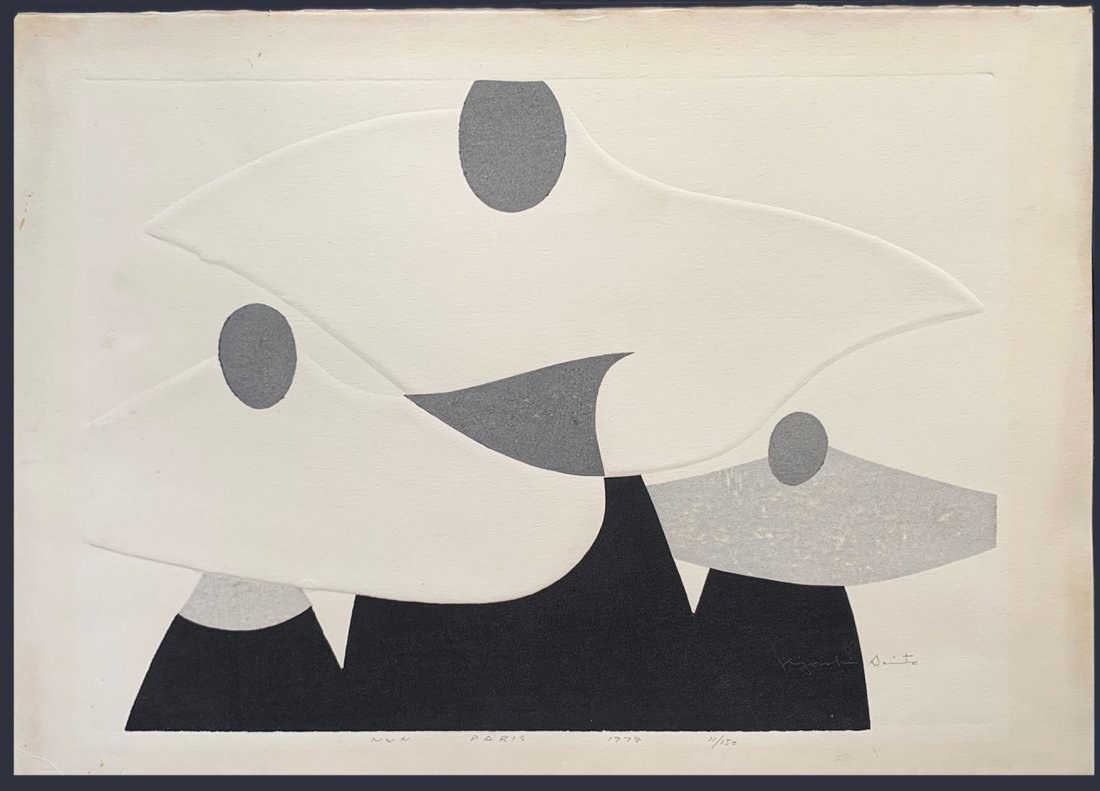 KIYOSHI SAITO (1907- 1997), was a seminal figure in the resurgence of the Japanese woodblock print after World War II. Saito was a mostly self-taught artist who first worked in oils and then dedicated himself to woodblock prints. With his winning of a special prize for Japanese artists at the First Biennial Exhibition of the Modern Art Museum of Sao Paolo in 1951 he was launched onto the world stage. He became a favorite of American collectors and in 1967 his portrait of then Prime Minister Eisaku Sato appeared on the cover of Time Magazine. His woodblock prints are known for their prominent display of woodgrain, simple forms, and wide variety of subjects, all of which are uniquely Japanese. While his subject matter is Japanese, the artist credited Gaugin, Munch, Redon, Mondrian and other Western artists as important influences on his work. Honored as bunka korosha (Person of Cultural Merit) in 1995, Kiyoshi passed away at the age of 90 in November 1997, shortly after opening the Kiyoshi Saito Museum of Art in Yanaizu.

Good, with flaws as shown

1,074 Followers
Get notifications from your favorite auctioneers.
As Seen On
Shop With Confidence
Since 2002, LiveAuctioneers has made exceptional items available for safe purchase in secure online auctions.
Popular Searches
Artists & Creators
Brands
Style Periods
Origins
Company
Winning
Selling
© 2002-2020 LiveAuctioneers. All Rights Reserved.Cookie PolicyTerms & ConditionsPrivacy Policy
This site is protected by reCAPTCHA and the Google Terms of Service and Privacy Policy apply.
BACK TO TOP