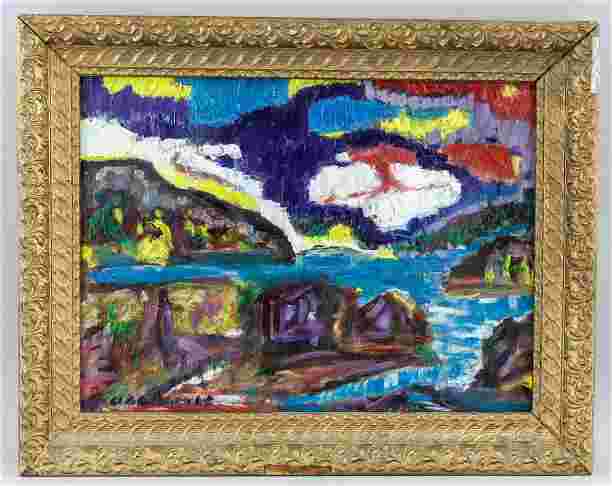 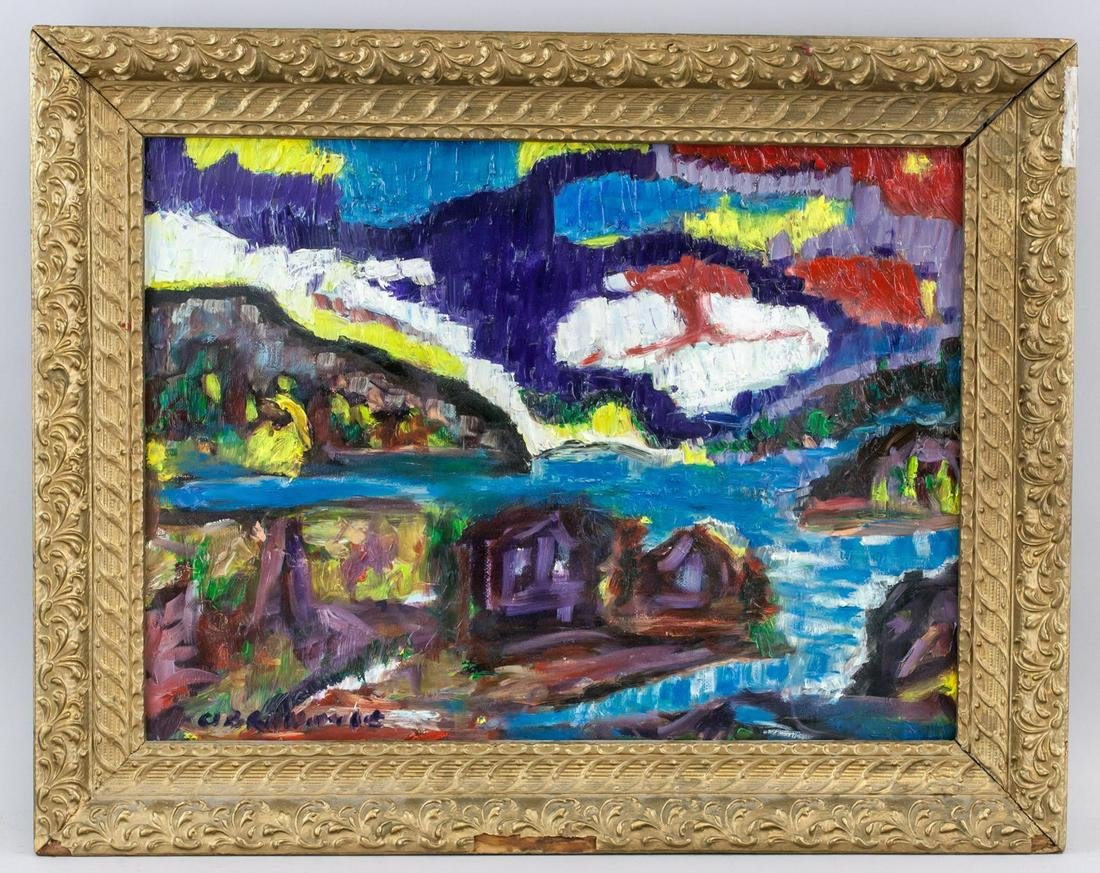 Oil on canvas, framed. Featuring abstract landscape scene. Signed Obradovic in the lower left corner. "Justin Obradovic B.C Near Banff" inscribed on verso. "$650" inscribed on top stretcher bar. Sticker affixed to verso reads "Justin Obradovic (1989 -N/A) Canadian Justin Obradovic grew up in Toronto where he resides as a living artist. His passion for art began at a young age. As a child he often surrounded himself in the outdoors and immersed himself in nature. Justin admired the beauty of his Ontario landscapes, which inspired his interest in painting. His words are in many galleries and seen around the world. His influences are often compared to those of the late Group of Seven." Provenance: from the artist. 29 x 39 cm (7.5 x 15.5 in), Frame: 39 x 50 cm (15.5 x 19.75 in)