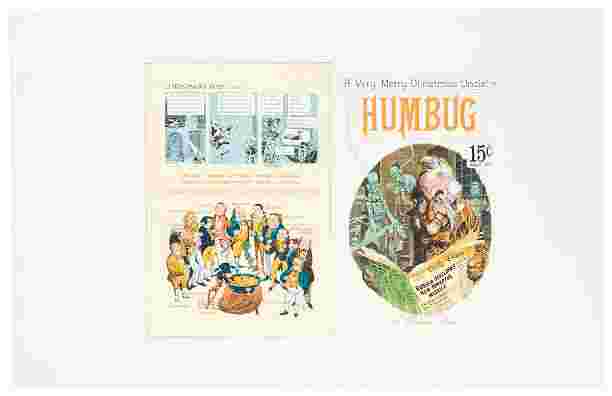 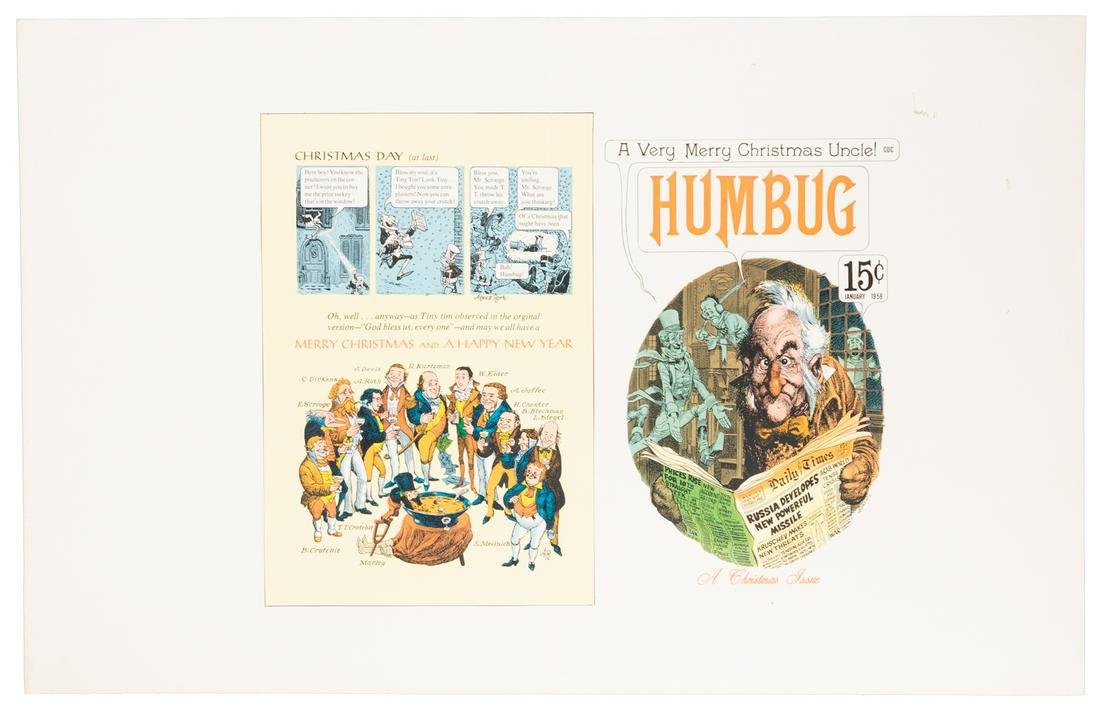 A rare uncut and unfolded color cover proof to Humbug #6, showing both the Jack Davis "Scrooge" front cover and the Arnold Roth back cover, untrimmed with excess paper surrounding the image. This proof represents Kurtzman's final opportunity to inspect the cover before the comic was printed. According to Kurtzman's biographer Denis Kitchen, who documented the Kurtzman estate, as few as one and as many as three cover proofs were produced for each issue of Humbug. None have been offered for sale before now.

This issue's Ebenezer Scrooge cover was featured in a highly laudatory Playboy article promoting Kurtzman's Humbug ("The Little World of Harvey Kurtzman," December 1957). A Christmas Carol was one of Kurtzman's favorite stories, according to Kurtzman biographer Bill Schelly, and his choice to showcase Scrooge on this cover reveals something of Kurtzman's human sympathies: "He became a lifelong fan of Dickens and was particularly captivated by A Christmas Carol. It was Dickens's self-described 'sledgehammer blow for the poor' that touched him, dovetailing nicely with the labor versus management ideas he'd picked up at home."