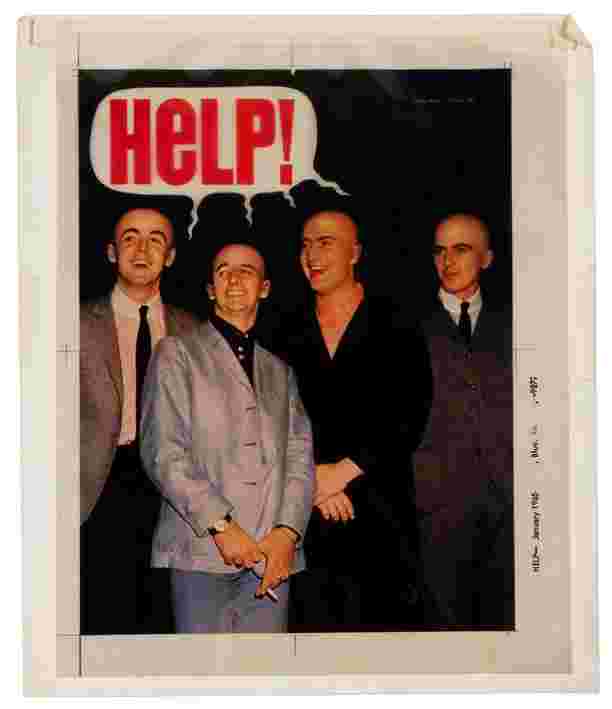 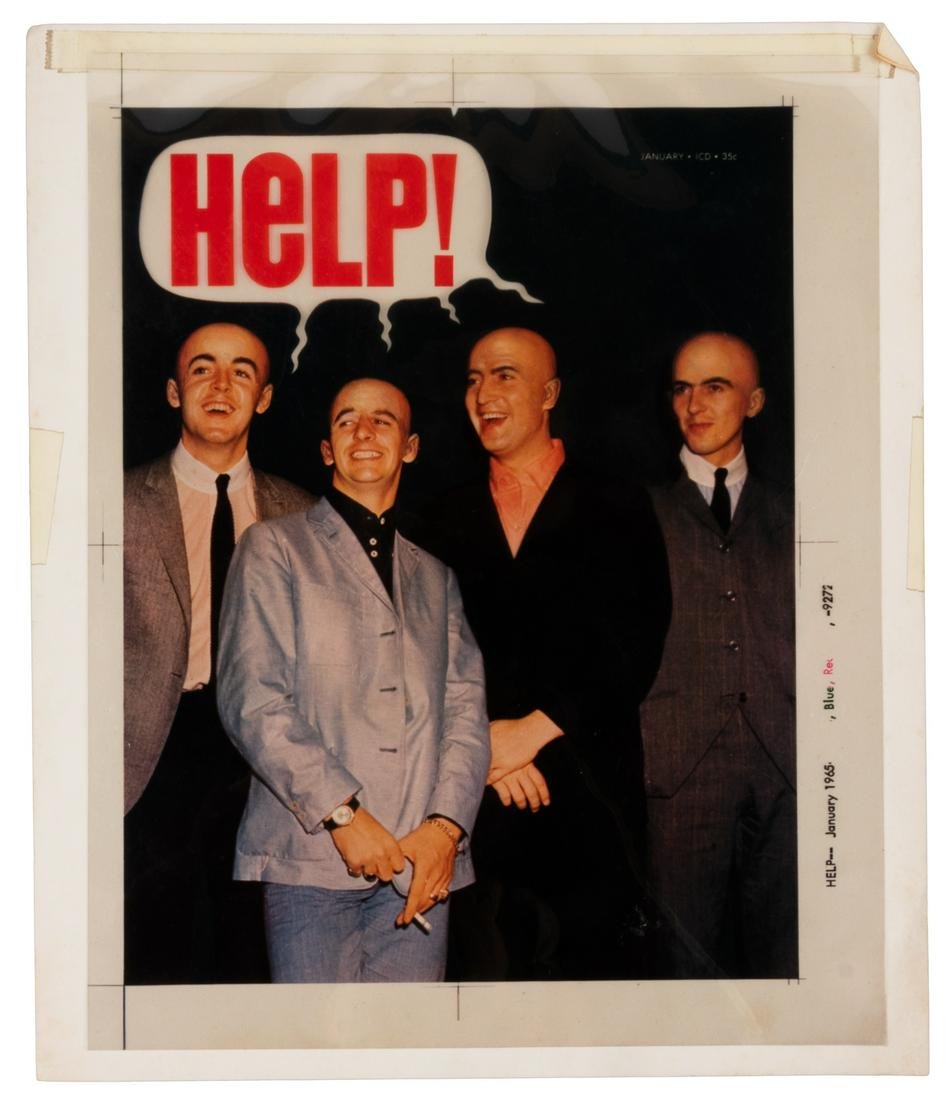 This is a rare original color acetate proof of the front cover to Help! #22. Included is Harvey Kurtzman's original unretouched reference photo with vellum overlay with drawings and annotations indicating how the photo should be altered, as well as a copy of the printed magazine. A wonderful set of artifacts for Kurtzman fanciers interested in his production methods, with great appeal as well for Beatles collectors.

The Beatles phenomenon had just engulfed America and much of the world in 1964 when Harvey Kurtzman created this startling image. John, Paul, George and Ringo had inspired a whole generation to grow shaggy hair, so this blasphemous cover, featuring the Fab Four with denuded pates, was calculated to stop viewers dead in their tracks. The original cover acetate is of particular interest to Beatles collectors, as it's been speculated that Help! #22's cover inspired the title of Beatles' second movie:

"Just as the magazine was published, the British musical group was searching for a title to their second movie, which was to begin shooting in February 1965. It's worth considering whether the film's title Help! came after producer Walter Shenson, director Richard Lester, or the Beatles themselves, saw Help! #22... Beatles authority Mark Lewisohn recently said, "...I've a feeling it was more than coincidence, but have no proof either way." -Bill Schelly, Harvey Kurtzman: The Man Who Created MAD and Revolutionized Humor in America [FB: 2015]. The author notes that he considers it "possible, even probable."