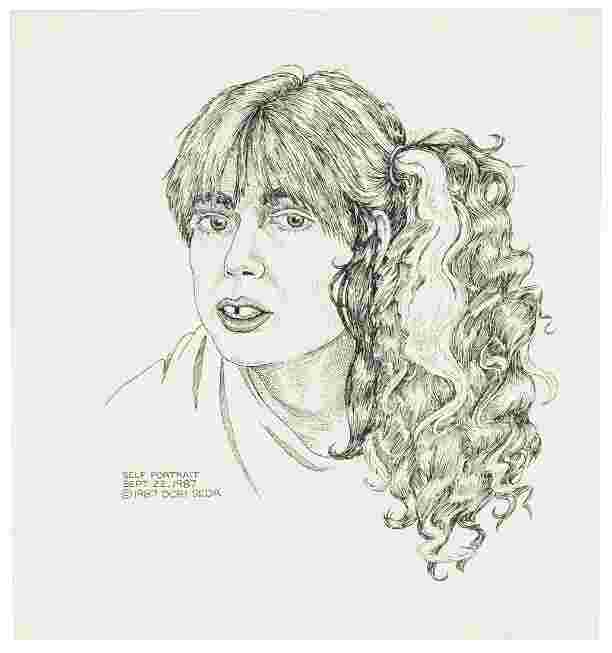 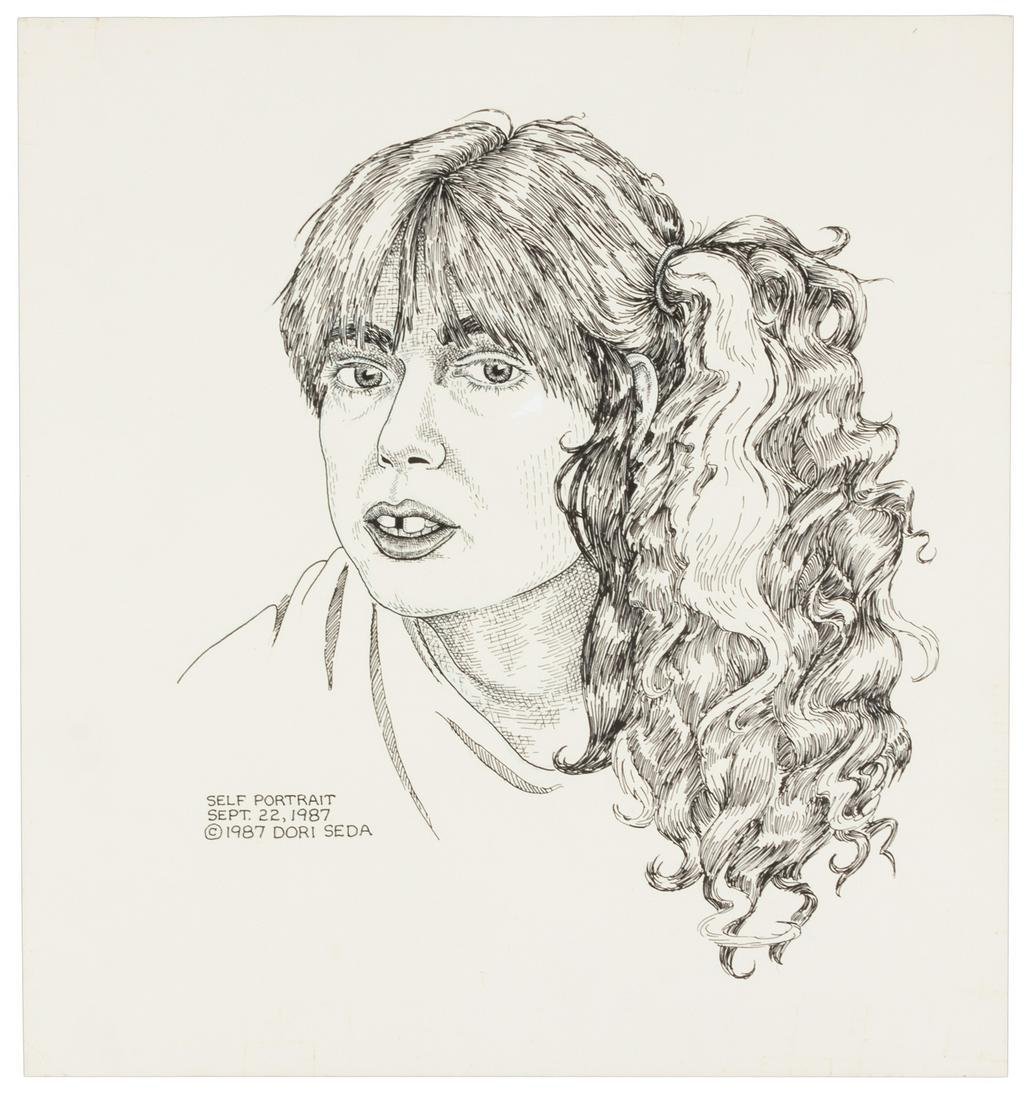 A rare original self-portrait by Dori Seda, one of the brightest lights of the alternate comics scene before her early death, just five months after this portrait was completed. her signature gap-tooth is prominently featured in the illustration. Seda appeared in the short film Gap-Toothed Women, and also drew the film's poster art.

In the movie, Seda explained that her "funny teeth" made her feel like she was not inherently "valuable." She found a sense of value in the work she created in spite of her gap, saying she was "kind of glad that [her] teeth are like this, because if I had nice straight teeth, I might never have done anything."