See Sold Price
Sell a Similar Item
Don't Miss Your Next Treasure.
Set up a search alert to hear when Pens items arrive. 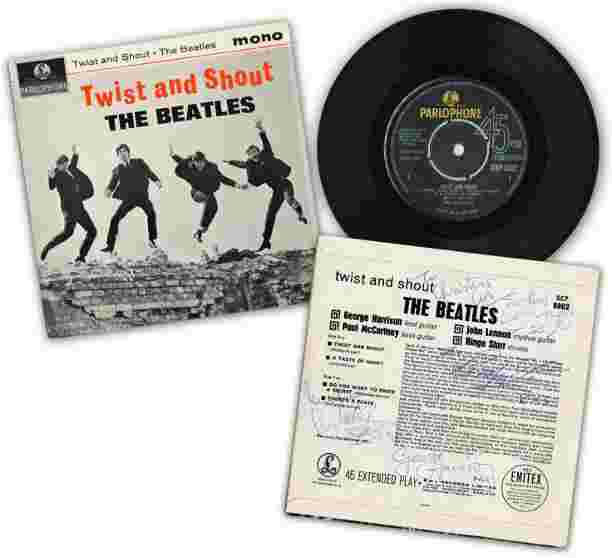 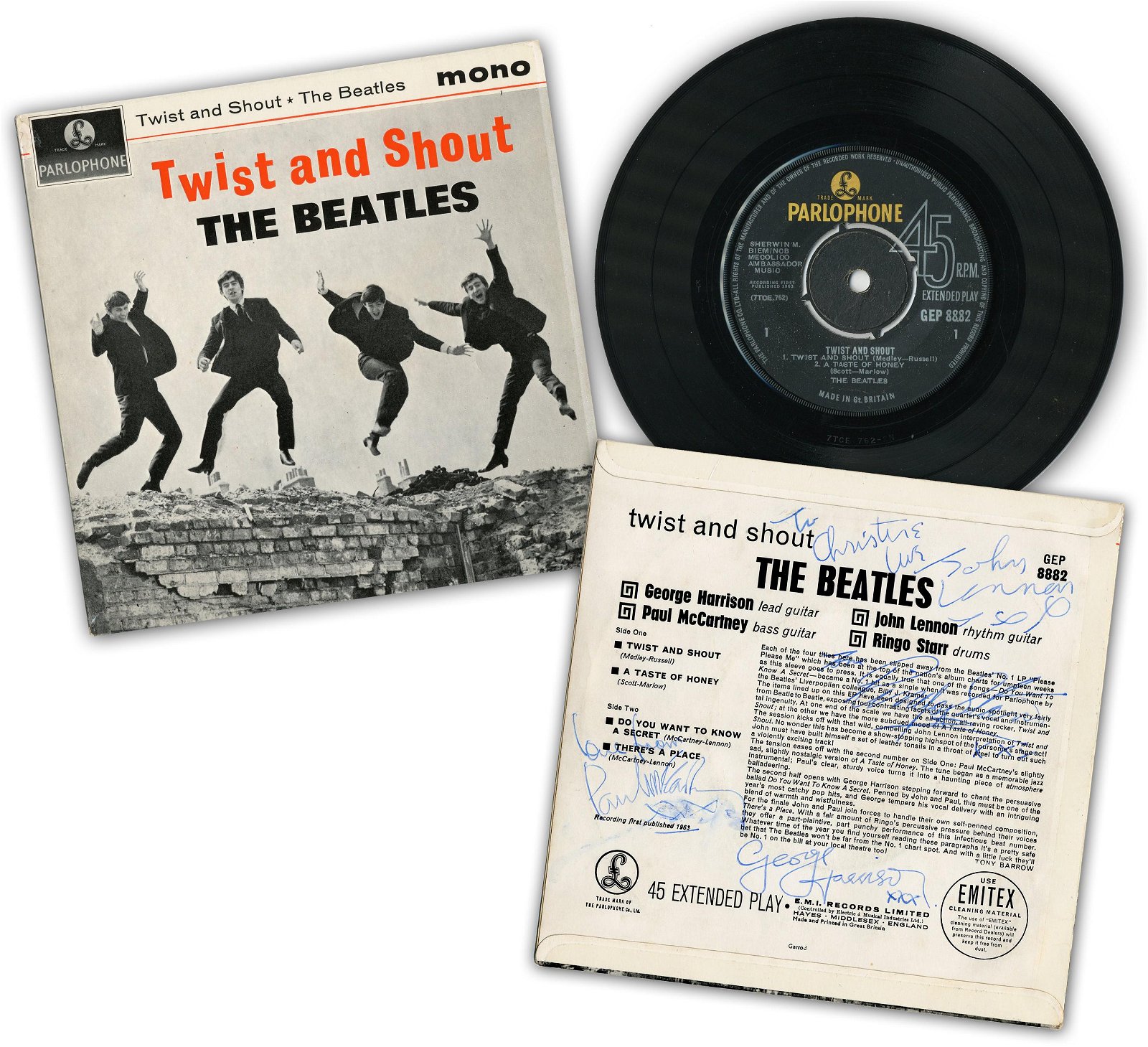 Disc Magazine ran several contests during 1963, with the grand prize being front row seats to a Beatles show, and a chance to meet the group backstage. Released in mid-July 1963, the band's first official EP contained four tracks from their Please, Please Me album. The sleeve featured a Fiona Adams photo the band taken at a former bomb site at the rear of Euston Station, and the Beatles tunes on the back cover are credited to "McCartney-Lennon." This EP stayed on the charts for an incredible 64 weeks, selling over 800,000 copies, despite the fact that their full-length album had been number one on the charts for 10 weeks. According to musicologist Frank Caiazzo, there have been less than ten authentically signed Beatles EPs brought to light to date. A scarce fully signed offering of a rare Beatles title!