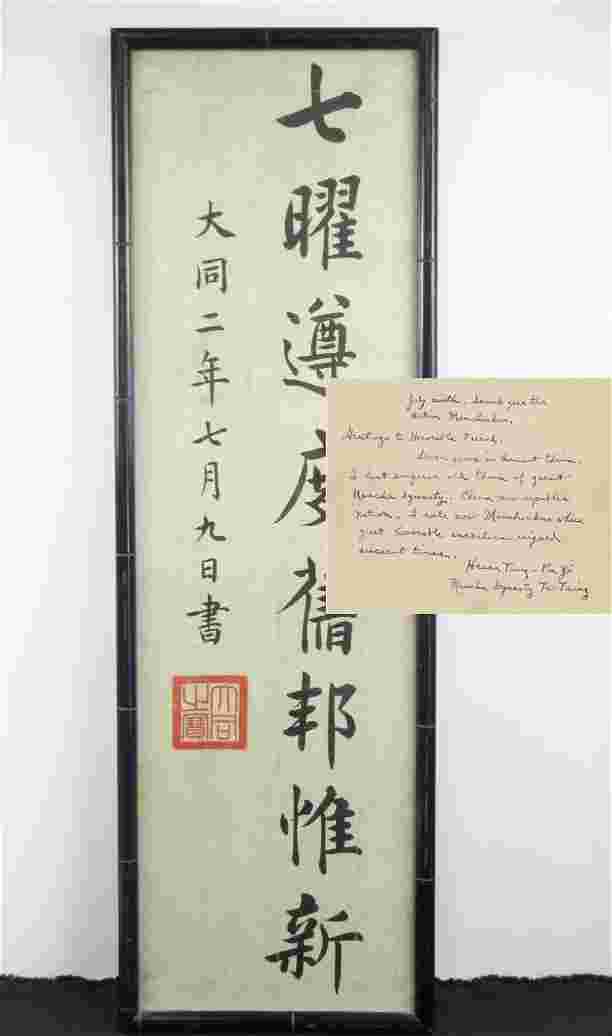 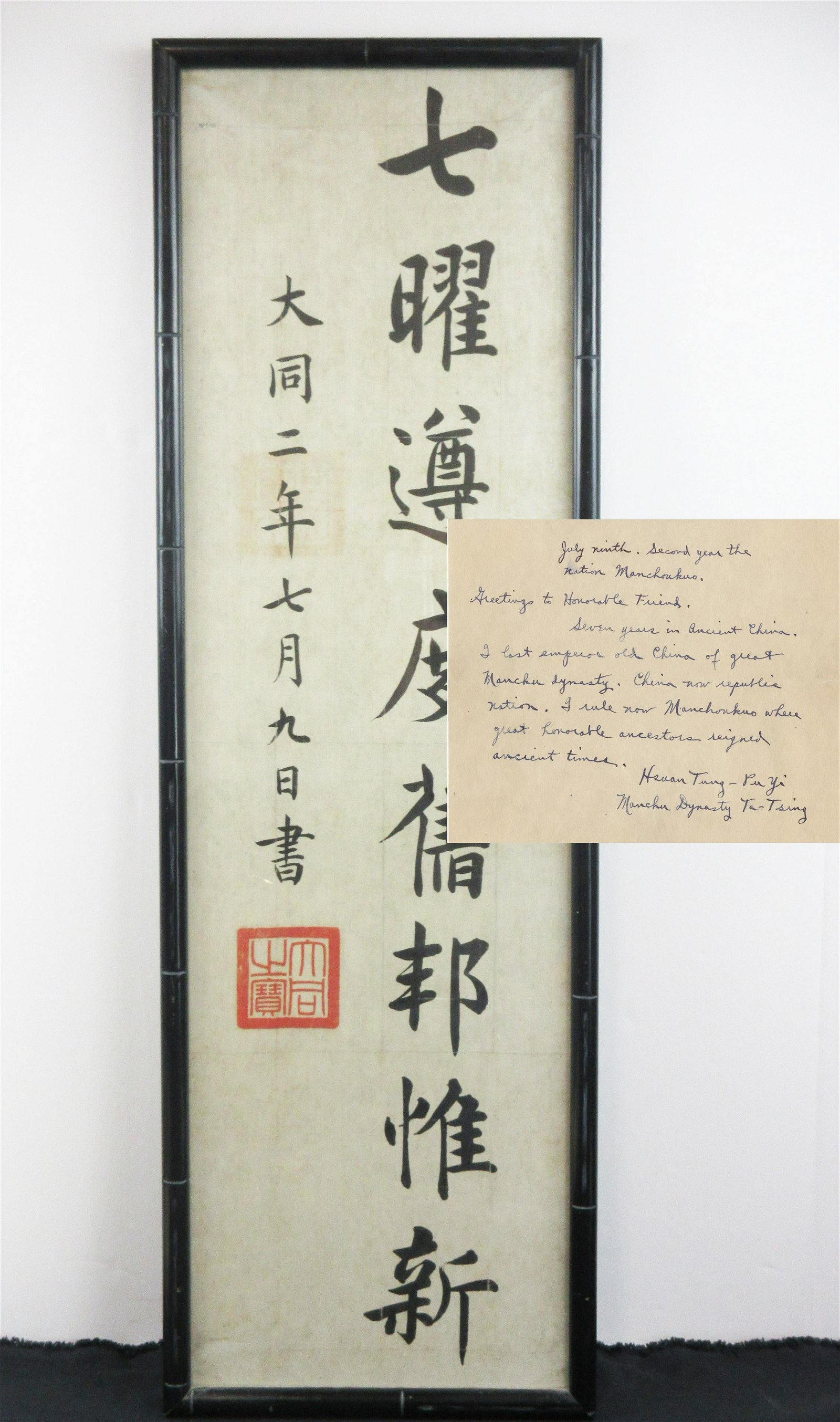 Spectacular Framed Scroll signed by Hsuan Tung, PuYi. Framed measurement of 11" x 35", and measurement by sight of 9.5" x 33" by sight. The scroll appears to be rendered on cloth.

The piece was last sold on December 26, 1963 and will be accompanied by the sales receipt from Walter Benjamin Autographs, New York. In addition, the scroll will be accompanied by an autograph letter signed, 6.5" x 5.5", in a hand very similar to that of PuYi's english writing, but not guaranteed as that dated "July ninth, Second year the nation Manshoukuo" (Placing the date to be July 9, 1933). The ALS was included with a typed letter from "The Office of the Chief Executive", dated 'July 10 1933"  and written to Mr. W.T. Lawhead, who is also the addressee on the 3.5" x 8.5" envelope which is postmarked "July 12, 1933".

The typed letter acknowledges receipt of the Mr. Lawhead's request asking for an autograph, and responds with "The Autograph of which you have asked being herewith enclosed". The framed scroll was believed to have been folded and placed in the envelope which has perfectly formed, neat folds that match the size of the envelope.

The holograph signed letter in the unconfirmed hand of origin  is shown below. Although the letter above bears some resemblance to Hsuan Tung PuYi's known handwriting, we believe his signature is found on the scroll:

An extraordinary set with superb provenance.