Pierre Curie Rare ALS Re: "Royal Society of Surgery and 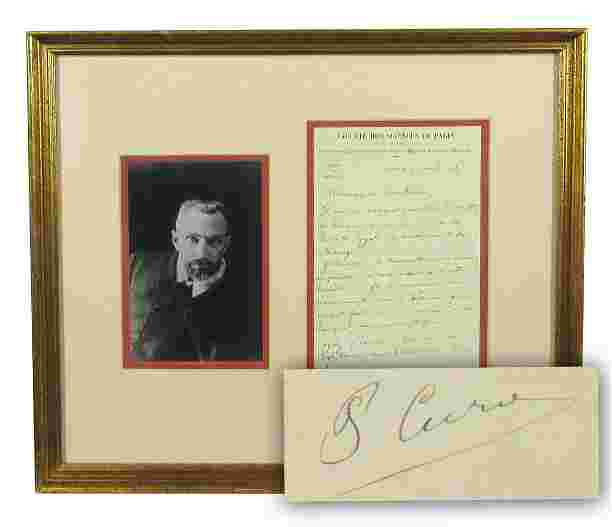 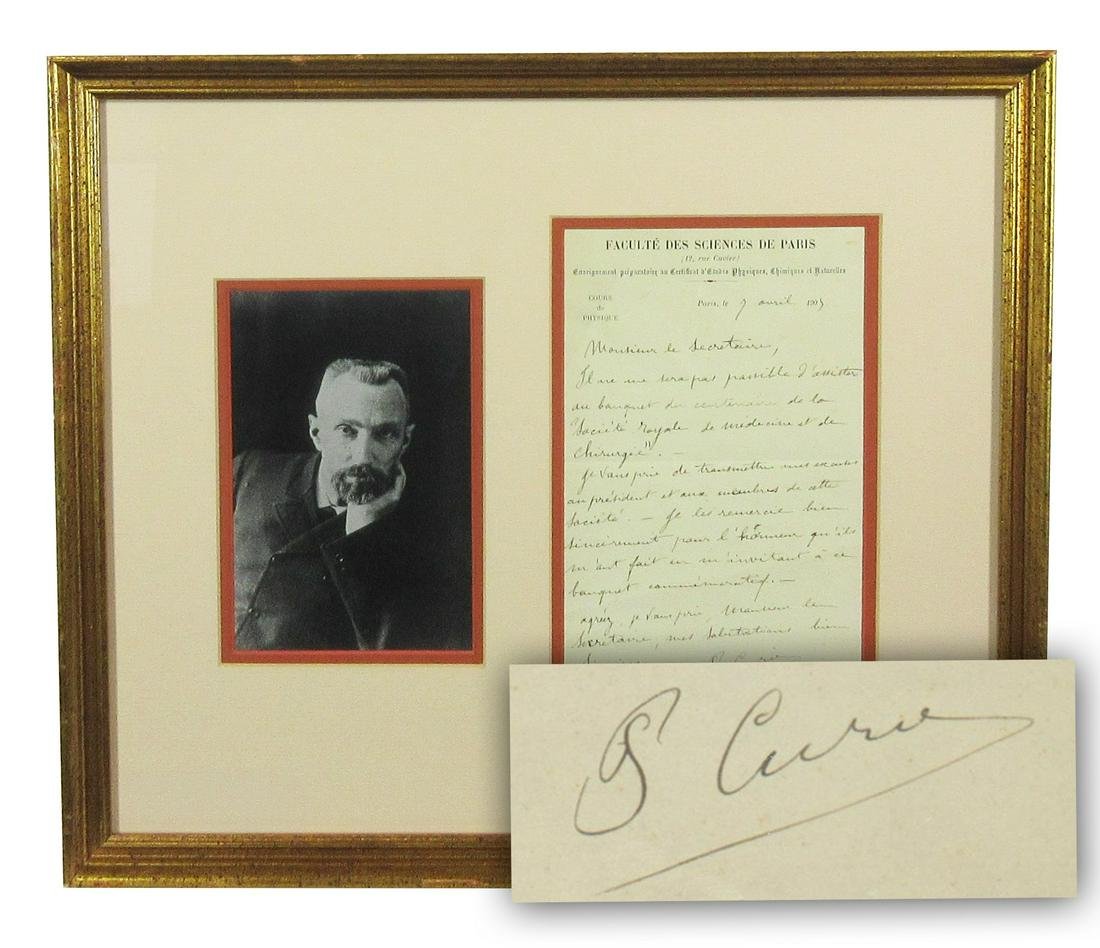 1p autograph letter in French signed by the French scientist Pierre Curie (1859-1906) as "P Curie"at bottom. Written in Paris, France on April 7, 1905. On partly printed "Faculté des Sciences de Paris / Cours de Physique" letterhead. Displayed to the right of a black and white photograph of the physicist, seated with his chin in his left hand, after the circa 1906 original by Heliog Dujardin. The letter shows expected light paper folds, else near fine. Matted with light taupe and burnt orange beveled mats and framed behind glass in an antiqued gilt frame. Not examined out of frame. The sight size of the letter is 4.875" x 8.125" while the overall frame size is 16" x 13.5".

Pierre Curie addressed this letter to the secretary of the Royal Society of Surgery and Medicine.

It will not be possible for me to attend the banquet marking the centenary of the 'Royal Society of Surgery and Medicine'.  -

I beg you to transmit my excuses to the president and members of the Society.  - I thank them very sincerely for the honor that they have done me by inviting me to this anniversary banquet. -

I beg you to accept, Monsieur Secretary, my most sincere salutations.

Professor at the Faculty of Sciences of Paris."

Pierre Curie, along with his wife, collaborator, and fellow research scientist Marie Curie (1867-1934), conducted important work on radioactivity leading to the discovery of radium and polonium. This letter was written almost one year to the day of Pierre Curie's death. On April 19, 1906, the distracted Curie slipped and fell in the street and was killed by a horse-drawn dray cart.

Pierre Curie Rare ALS Re: "Royal Society of Surgery and