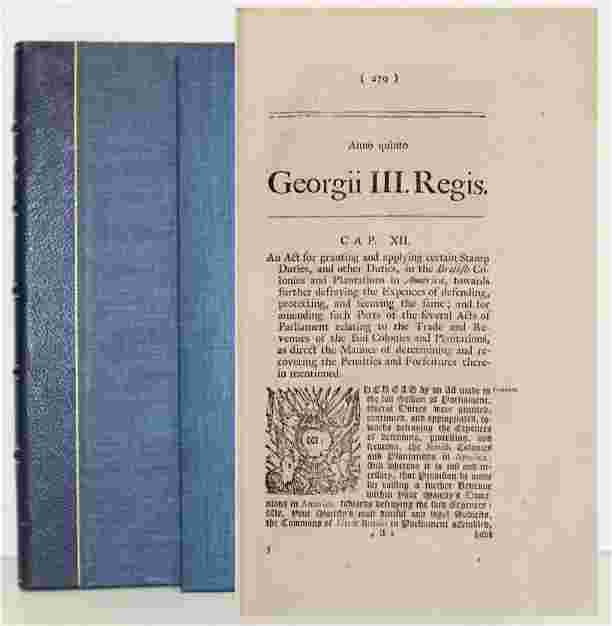 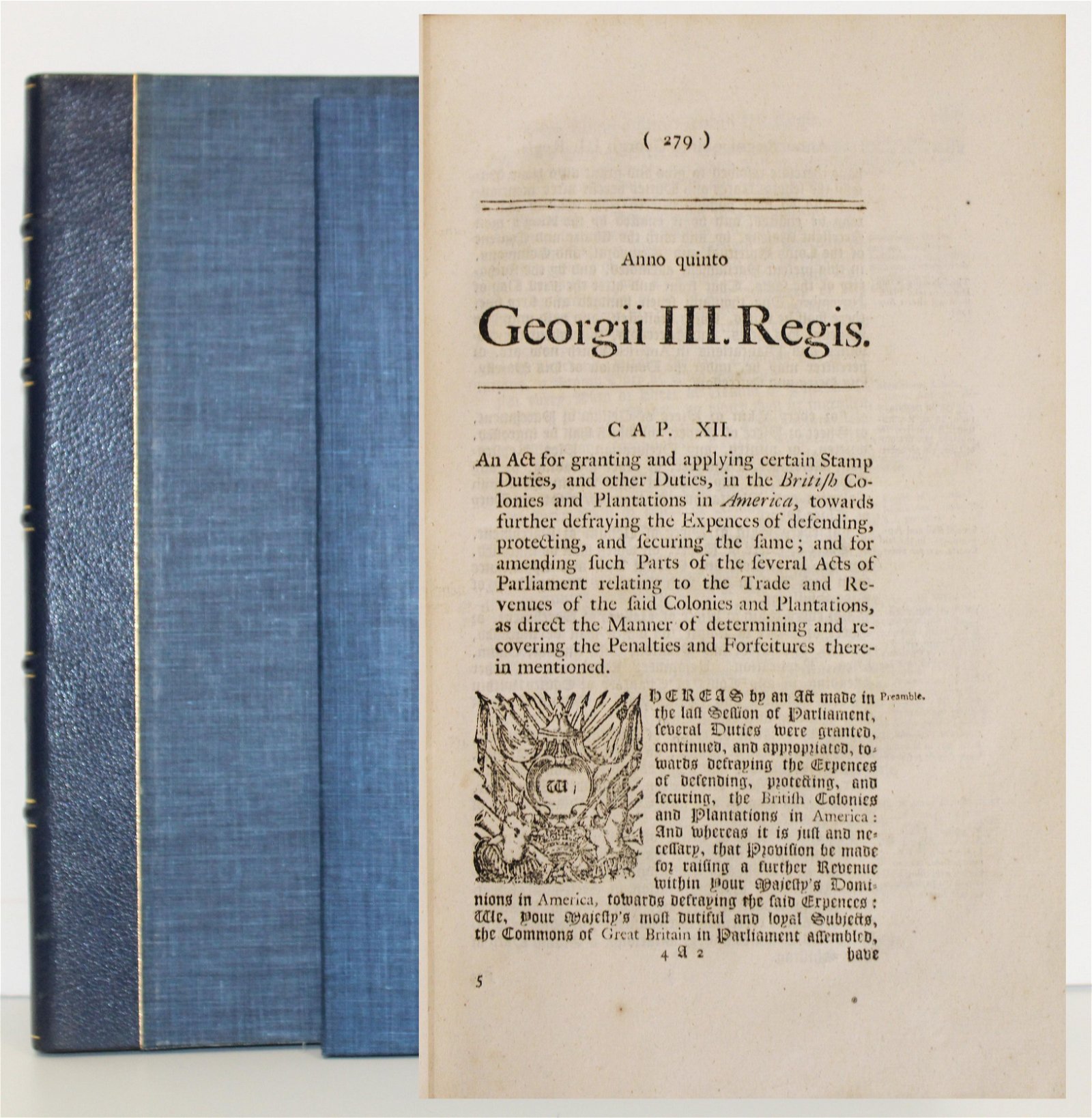 "Anno quinto Georgii III. Regis. Cap. XII. An Act for granting and applying certain Stamp Duties, and other Duties, in the British Colonies and Plantations in America, towards further defraying the Expences of defending, protecting, and securing the same, ..." in Anno Regni Georgii III. ... At the Parliament begun and holden at Westminster, the Nineteenth Day of May, Anno Dom. 1761, in the First Year of the Reign of our Sovereign Lord George the Third. London: Printed by Mark Baskett and by the Assigns of Robert Baskett, 1765

Folio (12 1/8 x 7 7/8 in.; 306 x 200 mm). Title-page with woodcut royal arms. This copy is clean and bright, neatly bound with contemporary protective light blue outer wraps. Additionally placed within a custom blue linen cloth folder which resides within a quarter leather slip case with raised bands along the spine and gilt titles. Slip case is slightly soiled, else near fine. Provenance: Ex-Forbes Collection. Malcolm Forbes (1919-1990), the American owner-publisher of Forbes magazine and a consummate collector, amassed one of the most substantial autograph collections of such breadth and depth that it filled a half-dozen residences on three continents. Many of his manuscripts were sold in a series of multi-million dollar sales by Christie's in the early 2000s. The Forbes name is considered to be the apex of provenance, especially when attached to an item like the above. We are honored to have been chosen by the family to sell at auction the substantial balance of the collection.

First edition. The infamous Stamp Act, which levied duties on a wide range of legal and commercial documents, was intended not only to raise revenue, but, in the words of British Treasury minister Thomas Whateley, to establish "the Right of Parliament to lay an internal Tax upon the Colonies." To the colonists, however, it was "taxation without representation" and further fuel on the fire of Revolution.