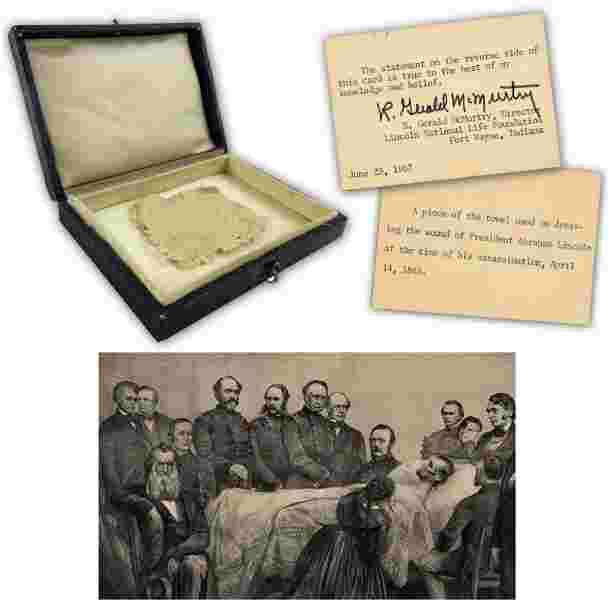 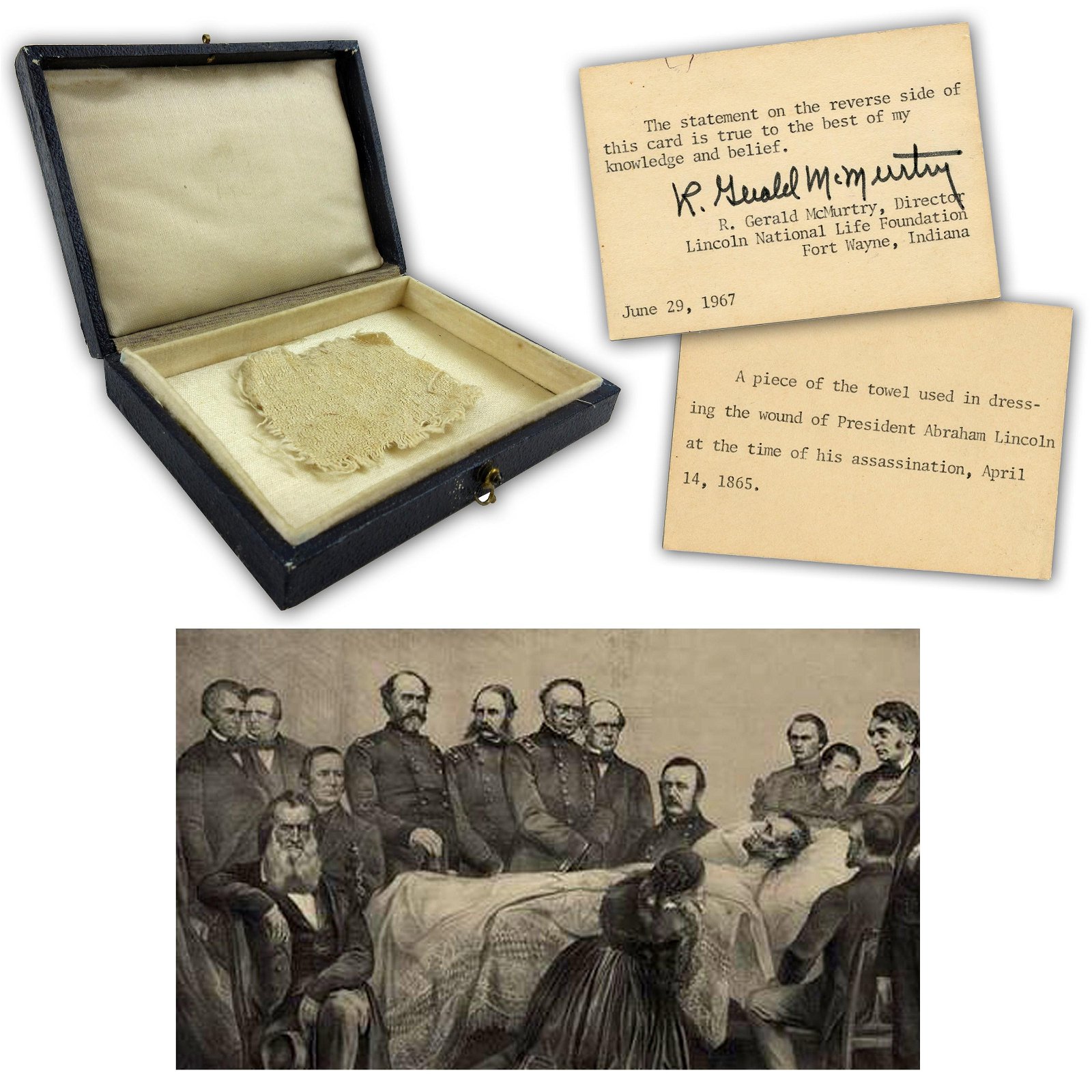 A piece of fabric used in the wound dressing of assassinated 16th U.S. President Abraham Lincoln (1809-1865). The fragment is accompanied by a typed card dated June 29, 1967 and signed by noted Lincoln scholar R. Gerald McMurtry, then Director of the Lincoln National Life Foundation. The card reads: "The statement on the reverse side of this card is true to the best of my knowledge and belief…A piece of the towel used in dressing the wound of President Abraham Lincoln at the time of his assassination, April 14, 1865." Provenance: Ex-Lincoln National Life Foundation and Ex-Forbes Collection.

The swatch, housed in a tooled black leather case, is of cream-colored woven fabric patterned overall with ovals. Light browning/soiling appears on both sides. Expected uneven edges with loose threads, else very good to near fine. The swatch measures approximately 2" x 1.875". The case measures 4" x 3" x .5".

President Lincoln had been shot at Washington, D.C.'s Ford's Theatre on April 14, 1865 by John Wilkes Booth, a Southern sympathizer and matinee actor. Booth had entered the presidential box around 10:25 pm, and moments later, shot the president in the head behind the left ear. The fatally wounded Lincoln was carried across the street to the home of tailor William Petersen. Throughout the night, various doctors examined and treated the president's grievous head wound, removing blood clots, brain tissue, and bone fragments to relieve his labored breathing, and using wrappings of which this swatch was a part as medical dressing. Lincoln died at 7:22 am the next morning.

R. Gerald McMurtry (1906-1988) was one of the leading Lincoln scholars of the twentieth century. The author of many published works on the life of Lincoln, McMurtry was a former librarian, magazine editor, and Civil War Round Table member. Before heading up the Lincoln National Life Foundation (now the Lincoln Financial Foundation Collection) during the 1950s-1960s, McMurtry served as the Director of the Department of Lincolniana at Lincoln Memorial University.

Another swatch--smaller than ours--yet bolstered by similar provenance, sold for $11,000 at Heritage Auctions in February 2007.