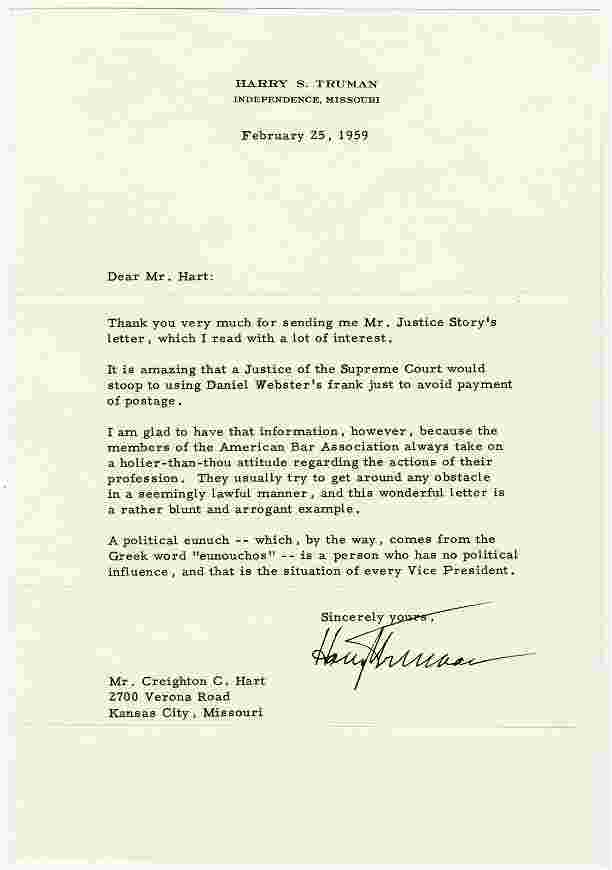 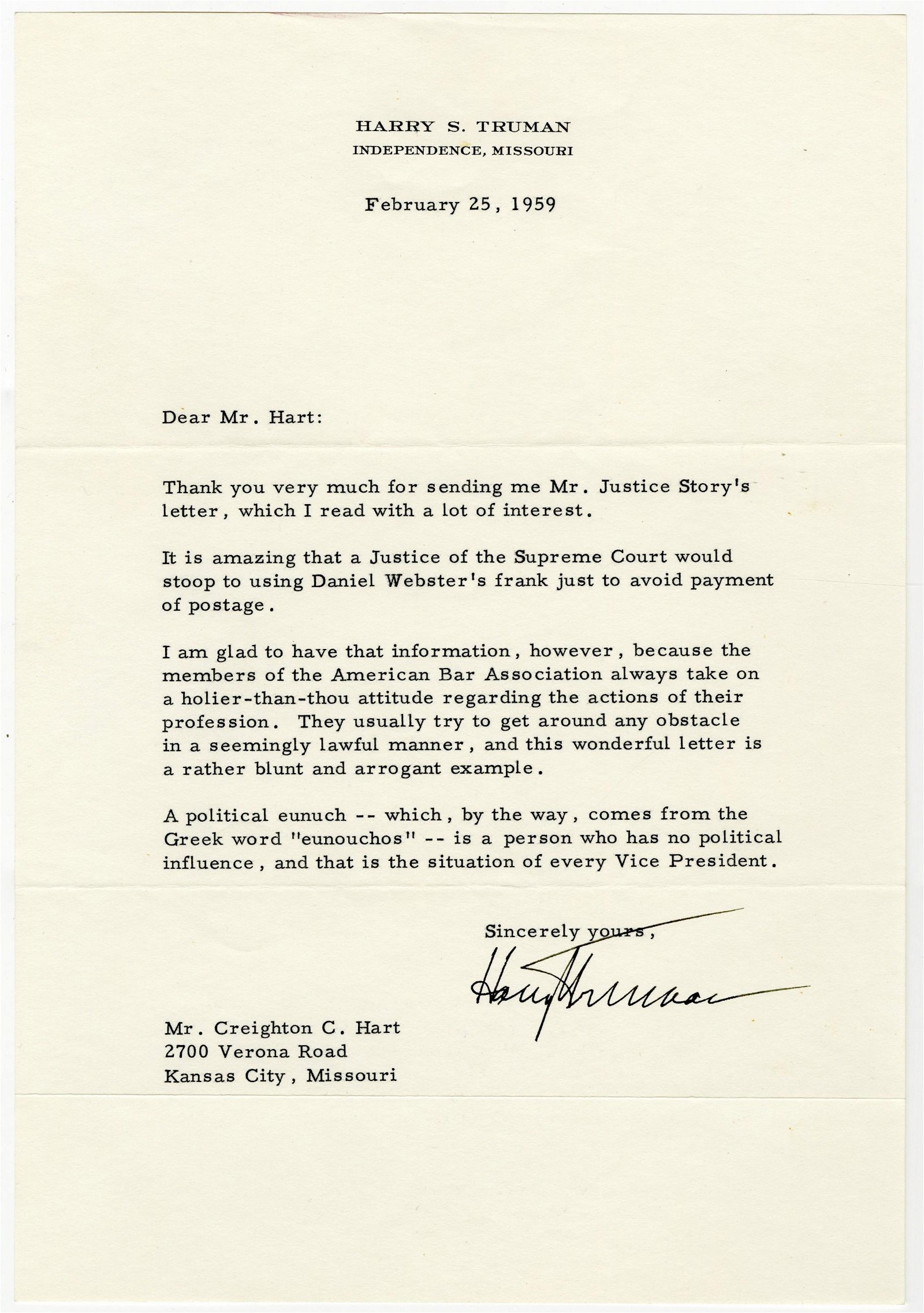 Ex. The Forbes Collection. Malcolm Forbes (1919-1990), American owner-publisher of Forbes magazine, and consummate collector,  amassed one of the most substantial and broad collections of such breadth and depth that it filled a half-dozen residences, and sat on three continents. Many of his manuscripts were sold in Multi-million dollar sales By Christies in the early 2000’s. The Forbes name is considered to be the apex of provenance when attached to an item like the above. We are honored to have been chosen by the family to sell at auction the substantial balance of the collection. Ex. Christies 1993 where is sold for $3450. Another Eunuch letter sold at RR Auction in 2014 for nearly $8000.

"A political eunuch … is a person who has no political influence, and that is the situation of every Vice President"

"Thank you very much for sending me Mr. Justice Story's letter, which I read with a lot of interest. It is amazing that a Justice of the Supreme Court would stoop to using Daniel Webster's frank just to avoid payment of postage."

"I am glad to have that information, however, because the members of the American Bar Association always take a holier-than-thou attitude regarding the actions of their profession. They usually try to get around any obstacle in a seemingly lawful manner, and this wonderful letter is a rather blunt and arrogant example."

Then responding to Hart's question concerning Truman's use of the term "political eunuch" , Truman explains: "a political eunuch - which, by the way, comes from  the Greek word 'eunochos' - is a person who has no political influence, and that is the situation of every Vice President."