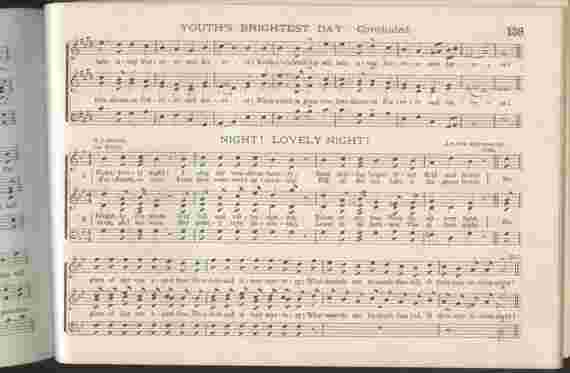 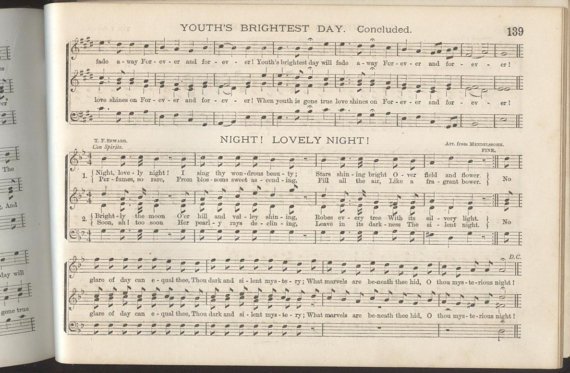 "The Glee Circle: A Collection of Glees, Part Songs and Choruses, for the use of Musical Societies, High Schools. Etc.", compiled by Theodore F. Seward, published by Biglow & Main, New York and Chicago, 1878, First Edition.

He left his father's farm at the age of eighteen to study music under Lowell Mason and Thomas Hastings, became organist of a church in New London, Connecticut, in 1857, and in Rochester, New York, in 1859, moved to New York City in 1867, and conducted the "Musical Pioneer," and afterward the New York " Musical Gazette."

He first became interested in the tonic sol-fa system during a visit to England in 1869, and on his return worked to introduce the method without adopting the notation. He then took charge of the performances of the Fisk Jubilee Singers, wrote down more than one hundred of their plantation melodies, and, while making the tour of Europe with them, in 1875-1876. He became more impressed with the advantages of the new system of musical instruction. After a course of study at the Tonic sol-fa college in London, he returned to the United States in 1877, to establish the system.

Besides writing on the subject for many religious and educational journals, and lecturing before gatherings of teachers, he has edited the "Tonic Sol-Fa Advocate" and the "Musical Reform," taught the system in classes and public schools, and prepared a series of textbooks. He was the founder of the American tonic sol-fa Association, and of the American vocal music association.