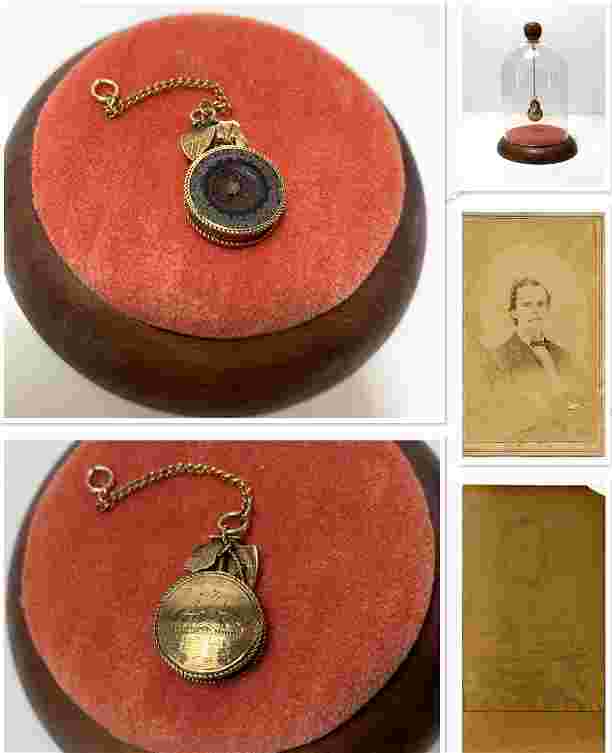 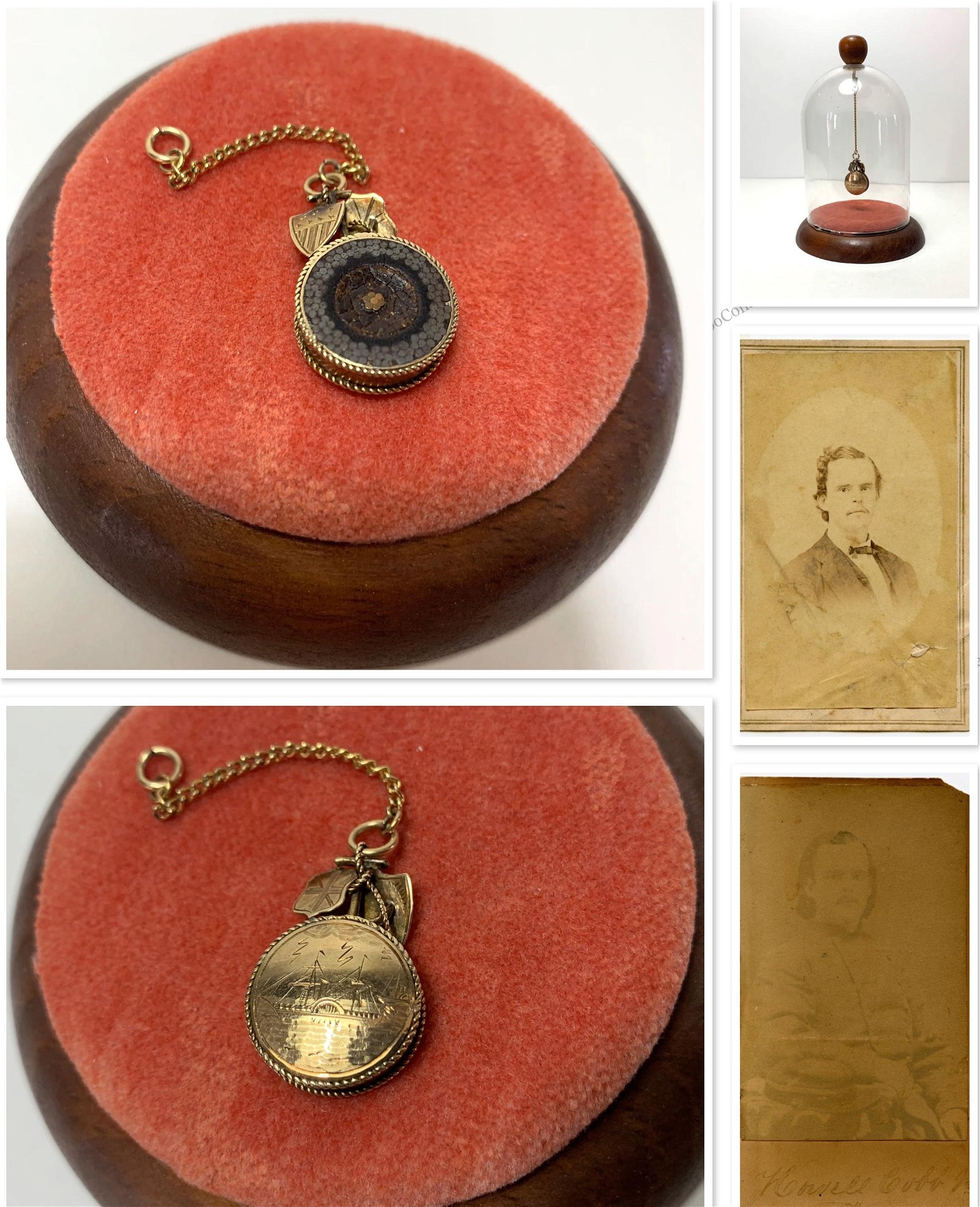 Gold piece given to or crafted for Howell Cobb to celebrate the laying of the transatlantic cable in 1858 (while Cobb was Secretary of the Treasury). According to descendants of the Cobb family, this piece was then presented to Howell Cobb Jr. right before the outbreak of the Civil War. Engraved on the obverse is likely the USS Niagara, the steamer that helped lay the cable. The reverse bears a piece of material used for the cable itself. Atop the two-panels are emblems of the the Union shield and Union Jack. Howell Cobb Jr.'s name is inscribed on the rim. Beautiful and unique item commemorating an important achievement in American history.
Carte-de-visite (CDV) of Howell Cobb Jr. in Confederate uniform. Signed on front in ink by Cobb Jr., verso bears the inscription “For mother” in the same hand and photographer’s imprint “A.J Riddle, Chief Photographer, Division of the West. Macon, Ga. Wood’s Old Stand.”
Carte-de-visite (CDV) of Howell Cobb Jr., verso bears modern I.D. inscription and photographer’s imprint “From C.W Motes’ Photographic Gallery, Broad Street, Athens GA.”


The son of prominent politician Howell Cobb and Mary Ann Lamar Cobb, Howell Cobb, Jr., was born July 7, 1842. He attended Alexander Scudder’s school before entering the University of Georgia in 1859, but proved an undisciplined and uninterested scholar. The outbreak of the Civil War provided Howell, Jr. with a more honorable path to escape the University than the expulsion he likely faced. He enlisted in the Troup Artillery, a volunteer unit, and soon departed for the Virginia front. He transferred to the staff of his father’s regiment, the 16th Georgia Infantry, in 1861. He continued his service until his father surrendered his command in Macon on April 20, 1865. Bitter in the face of defeat and still grieving the loss of his uncles, Thomas R. R. Cobb and John B. Lamar, Howell, Jr. confided to his fiancée "the Revolution is undoubtedly at an end ... I can never affiliate with the murderers of my uncles."
Cobb proved an unreconstructed Confederate. He pushed up his wedding date to Mary McKinley, the daughter of prominent Milledgeville attorney William McKinley, to receive a marriage license before the military governments required citizens of conquered areas to take the oath of allegiance. They married on May 22, 1865 at the bride’s home in Milledgeville. Cobb wore his Confederate uniform. They remained in the city for several years while Cobb worked in his father-in-law’s law firm. Cobb ultimately established a law firm in Athens with his brother, Lamar, and brother-in-law, Alexander Erwin. He was appointed judge of the city court of Athens in 1879 and held the position for the remainder of his life. Despite his early aversion to academia, he joined the law school faculty at the University of Georgia in 1890, resigning in 1907 because of ill health. He also served on the Athens city council and at one time as the city attorney. He joined the Athens Presbyterian Church as an adult and ultimately served the congregation as an elder for twenty-five years. He participated in the Agricultural Society of Clarke County and the Athens Bible Society. Cobb died on August 19, 1909, survived by his wife and six of his ten children. Unredeemed to the end, per his request, he was buried in his Confederate uniform.