SCENES IN THE LIFE OF HARRIET TUBMAN
See Sold Price

For your consideration is an original, signed oil on canvas by contemporary California artist, Richard Headley, 1993.

Anti Slavery Book Clippings. This set of book clippings is in fair condition. They have been rudimentarily matted on thick 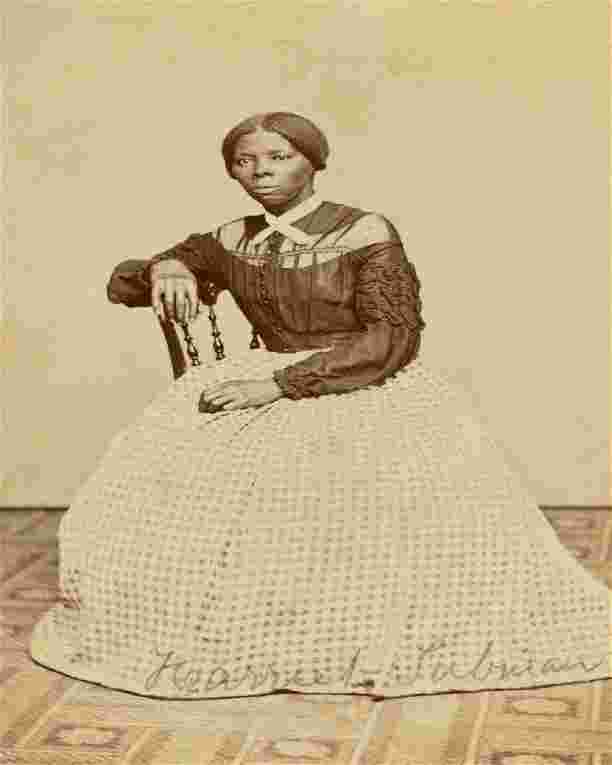 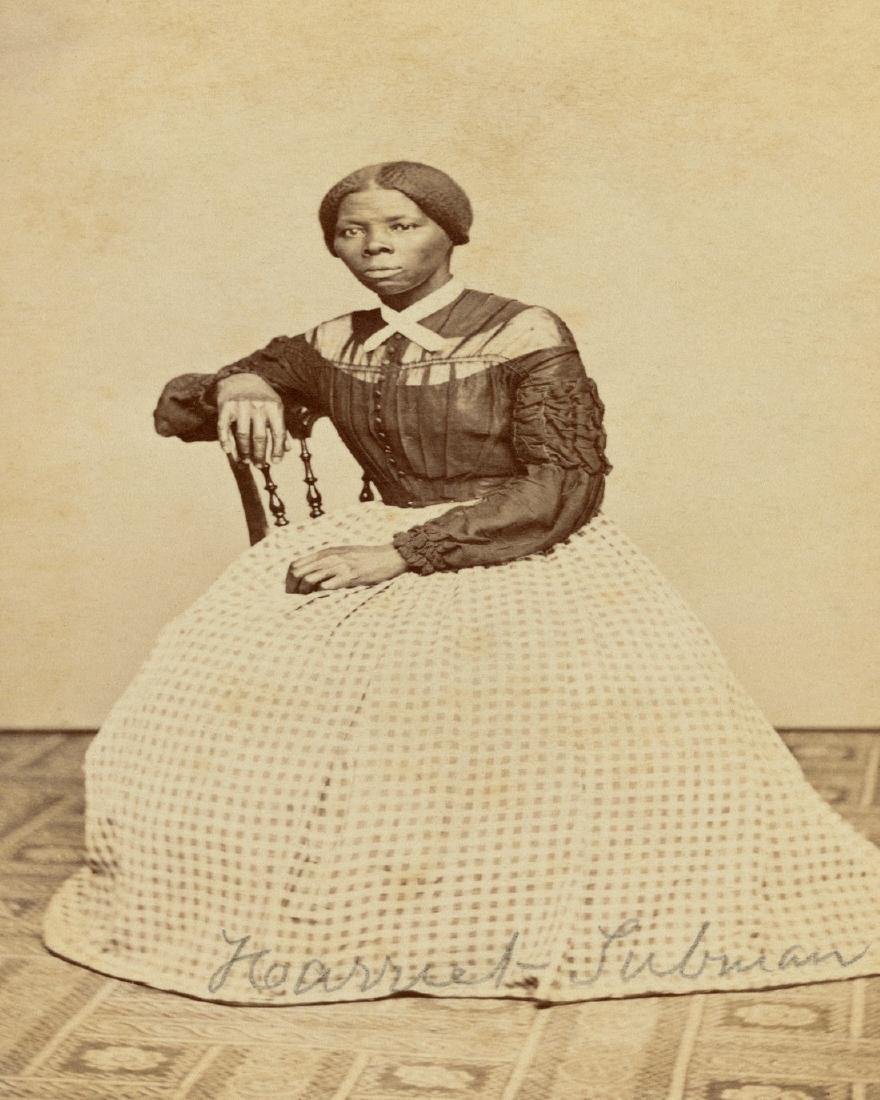 BACKSTORY :: Unlike most public images of Harriet Tubman (1822-1913), she is a young 46 years of age here in Powelson's portrait. Ms. Tubman is wearing a patterned gingham skirt that is signed acrossthe hem on the original. (*Note; Because the signature was on theoriginal-it thus represents an 'embedded facsimile' on this lithograph print). It is unknown as to whether the signature belongs to the subject, to Powelson or another person. Born into slavery as Araminta Ross, Tubman was an American abolitionist and political activist. She escaped and subsequently made missions to rescue approximately seventy enslaved people using a network of antislavery activists and safe houses known as the Underground Railroad.

She later helped abolitionist John Brown recruit men for his raid on Harpers Ferry. During the American Civil War, she served as an armed scout, nurse and spy for the United States Army. The first woman to lead an armed expedition in the war, she guided the raid at Combahee Ferry, which liberated more than 700 slaves. After the war, she retired to the family home on property she had purchased in 1859 in Auburn, New York. Harriet Tubman was a devout Christian and was active in the women's suffrage movement until illness overtook her later in life.

In 2016, then-Treasury Secretary Jack Lew announced the decision to place Harriet Tubman on the front of the nation's $20 dollar bill, in replacement of Andrew Jackson-who would then appear on the reverse. Andrew Jackson was the seventh president of the United States and a slaveholder who also presided over the forced removal of the Cherokee nation from the state of Georgia. The current administration however has placed said plan on hold indefinitely.